Franchising has undergone several significant changes in the last quarter. Firstly, the introduction of the Unfair Terms Legislation will no doubt impact the documentation used by franchisors. Secondly, franchisors operating from retail shops in Queensland will be effected by changes to Queensland's retail shop leasing laws which commence 25 November 2016. Thirdly, the ACCC have imposed penalties for breaches of the Franchising Code for the first time.
In this newsletter, we include comments on:

Unfair Terms Legislation is Here –Are You Ready for It?
Most franchisors have been inundated with information regarding the introduction of legislation known as the Unfair Terms Legislation which came into effect on 12 November 2016. The legislation will apply to most franchise agreements (and many other standard form agreements used by franchisors) which are entered into, renewed or amended (with respect to the terms amended) after 12 November 2016 where the counterparty is a "small business".

Now is a good time for franchisors to take a fresh look at the matter by considering the following checklist and whether they are ready for the Unfair Terms Legislation.

This checklist was prepared by Ayman Guirguis, Partner, in the Sydney office.

Changes to Leasing Laws in Queensland
The Retail Shop Leases Amendment Act 2016 (Qld) (Amendment Act) was passed by the Queensland Parliament earlier this year, to commence on a date to be set by the Parliament.

A commencement date has now been set, and the Amendment Act will commence on 25 November 2016.

The Amendment Act gives effect to outcomes from the statutory review of the Retail Shop Leases Act 1994 (Act). Key objectives of the review were to improve the Act's efficiency and effectiveness, reduce red tape and compliance costs, address imbalances and align the Act with the retail tenancy laws in other Australian jurisdictions.

A summary of the highlights of the Amendment Act include:

Leases Excluded From the Act
Leases will not be subject to the Act if the Premises are 1,000m2 or more, regardless of whether the tenant is a publicly listed corporation. This brings the Act in line with the current position in New South Wales, Western Australia, Tasmania and the Northern Territory.

Commercial leases in a retail shopping centre will also be excluded from the Act if the permitted use is as a non-retail business and is either:

ATMs and vending machines will now be specifically excluded from the Act.

Sublessors and franchisors may request that a landlord provide a Disclosure Statement. The landlord must comply within 28 days of receiving the request. The sublessor/ franchisor must pay the landlord's reasonable costs.

Turnover Information
The Bill removes the statutory requirement for tenants to provide turnover certificates and registered auditor's statement when turnover rent is payable. Landlords will need to ensure that these requirements are contained in the lease.

Market Rent on Commencement of Option Periods
If rent is to be reviewed to market on the commencement of an option lease, the tenant does not need to exercise the option until 21 days after the tenant receives notice of the current market rent determination.

Assignments
An Assignor Disclosure Statement must now be provided to an assignee at least seven days before the earlier of the assignee entering into a contract to purchase the business operated from the premises, or the day the landlord is asked to consent to the assignment.

Guarantors will now be released upon assignment, provided the disclosure obligations have been complied with.

Refurbishment
A tenant is only liable to refurbish the premises where the lease gives details of the nature, extent and timing of the refurbishment. A general obligation on the tenant to "refurbish when required to do so by the landlord" will likely be unenforceable.

Outgoings
A landlord's annual estimated and audited statement of outgoings must include a breakdown of centre management fees.

If a landlord does not provide the annual estimated and audited statement of outgoings within the timeframes required, the tenant may withhold outgoing payments until the landlord provides them.

Landlord's Costs Recoverable From Tenants
The Bill includes provisions for a landlord to recover lease preparation costs where the tenant has negotiated, but does not proceed with, a lease.

Landlords are now prohibited from recovering the landlord's mortgagee's consent fees from tenants.

Landlords should review their standard lease documents for compliance with the changes to the Act.

This article was written by Christopher Wille, Partner, in the Brisbane office.

The ACCC Imposes Penalty for a Breach of the Franchising Code – Lessons from a Recent Case
In late September 2016 the ACCC instituted its first proceedings seeking penalties under the amended Franchising Code of Conduct (which came into effect on 1 January 2015).

Action was taken with respect to the Pastacup food franchise which originated in Perth in 2008. The proceedings alleged that the current franchisor of the Pastacup system (Morild Pty Ltd) and its former director (Stuart Bernstein) failed to disclose the fact that Stuart was a previous director of two previous franchisors of the Pastacup system which became insolvent. By failing to disclose the relevant business experience of its officers, in accordance with the disclosure requirements set out in the Franchising Code, the parties breached the Franchising Code.

The ACCC sought declarations, injunctions, findings of fact and costs against the parties, in addition to seeking penalties for the breach under the Franchising Code.

The ACCC in its media releases regarding the case have reiterated that it is a current enforcement priority for the ACCC to ensure that small businesses receive the protections of industry codes of conduct such as the Franchising Code.

The case, which is due to be heard in the Federal Court, is the first case in which the ACCC have sought to impose penalties under the revised Franchising Code. Franchisors should take note of the ACCC's willingness to seek those penalties for breaches of the Franchising Code, in particular for the failure to provide full and accurate disclosure.

The ACCC Deputy Chair, Dr Michael Schaper said with respect to the case "The ACCC is pleased that the revised Code provides for the Court to impose penalties for serious breaches. We expect that the availability of such remedies will act as a significant deterrent to others."

Franchisors should ensure that associates are fully briefed with respect to the information that must be disclosed in the Disclosure Document, and seek professional advice regarding any areas in which they are uncertain.

Disclosure Document Updates – Issues to Reconsider Each Year
By now franchisors have prepared financial reports and where appropriate audit reports for marketing or other co-operative funds, they have updated franchise agreements to take into account the Unfair Terms Legislation and updated disclosure documents to take into account the most recent financial year. But how much attention was paid to the less obvious aspects of the disclosure document. Every few years, franchisors should consider the following items in more detail.

Marketing Fund
Are there any franchisees in the network with unique arrangements that don't require them to contribute to the marketing fund and have these arrangements been disclosed?

Intellectual Property
Have some trademarks been discontinued and others registered? The list should be updated and reviewed regularly.

Suppliers
Are all suppliers that give a rebate or financial benefit included? Often answering this query means collating feedback from different areas of the franchisor's business, the franchisor may need to involve a number of staff in keeping this section up to date on a yearly basis.

Payments
Payments should be reviewed regularly to ensure that they remain relevant and realistic. Additional payments, either to the franchisor or a third party, should be included each year. A significant amount of work is involved in accurately capturing the expenses which are or which the franchisor believes are reasonably foreseeable could be payable by the franchisees (to both the franchisor and third parties). Payments often change over time and it is easy to become complacent about this section, it is however a vital part of the disclosure which warrants substantial consideration.

There are significant penalties for non-compliance with the Code.

K&L Gates can assist with yearly updates. If you have any queries regarding the completion and use of the disclosure document, marketing/cooperative fund audits or obligations under the Code generally, please feel free to contact us to discuss these in further detail. 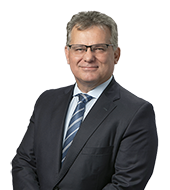 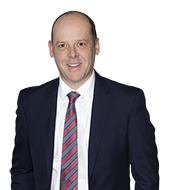