The Full Court of the Federal Court of Australia has recently handed down its decision in Dental Corporation Pty Ltd v Moffet [2020] FCAFC 118. This decision again highlights potential risks, particularly with respect to superannuation, for dental practices putting in place independent contractor arrangements.

We previously reported on the Federal Court's decision at trial - see attached. In the earlier decision, Dr Moffet (who had been engaged by Dental Corporation as an independent contractor) claimed that he was entitled to be paid annual leave and long service leave on the basis that he was in fact employed by Dental Corporation. The trial judge rejected his claim, and Dr Moffet appealed that decision (appeal).

It is important to note that this case dealt with an agreement the parties called a "Services Agreement" (sometimes known as an Independent Contractor Agreement) under which Dr Moffet was engaged to provide services to Dental Corporation. That arrangement is different to a genuine Services and Facilities Agreement (SFA) where the clinic is engaged to provide services to the practitioner in exchange for a fee.

The Full Court dismissed both the appeal and the cross-appeal. Its decision again highlights that:

While every case turns on its own facts, some aspects of the reasoning of the Full Court which are interesting to note include:

The Full Court's decision again highlights the importance of: 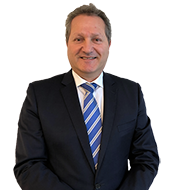