Many professional liability insurance policies include what are referred to as “consent-to-settle” clauses, which require an insurer to seek its insured’s consent prior to settling a covered claim. Given the potential negative consequences to a professional’s reputation following the settlement of a malpractice or professional negligence claim, consent-to-settle clauses allow professional insureds to maintain control over the outcome of litigation that may impact their careers and livelihoods far beyond a single lawsuit. In Rawan v. Cont’l Cas. Co., 483 Mass. 654 (2019), the Massachusetts Supreme Judicial Court was asked to determine the legality of consent-to-settle clauses in light of MASS. GEN. LAWS ch. 176D (“Chapter 176D”) § 3 (9)(f)’s requirement that insurers effectuate a prompt settlement once liability has been clearly established. In short, the court concluded that consent-to-settle clauses are legal, however, as detailed below, the case has important implications for insurers, insureds, and third-party claimants.

In 2005, the Rawans hired a registered professional engineer, Kanayo Lala, to design structural members for their home in Westborough, Massachusetts. Continental Casualty Company (“Continental”) insured Lala under a professional liability insurance policy that contained a consent-to-settle clause. Lala designed the structural members and filed a construction control agreement and 11 construction control reports with the town of Westborough, certifying that the designs complied with the state building code. After construction was complete, however, the home’s beams and joists began to crack. When confronted with these problems, Lala admitted that his design was based on miscalculations. Thereafter, the Rawans commenced an action in Superior Court against Lala for professional negligence, negligent supervision, breach of contract, breach of the covenant of good faith and fair dealing, breach of the implied warranty of fitness, and violations of MASS. GEN. LAWS ch. 93A (“Chapter 93A”). The Rawans’ claims were supported by the report of a structural engineer, who opined, inter alia, that the structural design for the home did not comply with the state building code. [1]

The consent-to-settle clause in Lala’s professional liability policy provided that Continental would not settle any claim without his informed consent. Despite mounting evidence of design defects, the worsening condition of the home, and increasing demands from plaintiffs, Lala refused to settle the claim against the well-documented advice to do so from his counsel and Continental. For its part, Continental repeatedly encouraged Lala to settle in light of the probability that any damages award would exceed the limits of available insurance, exposing Lala to personal liability. Although Continental promptly investigated the claim and advised its insured accordingly, during the matter Continental also withheld the report of a neutral engineering expert engaged to assess the claims and misrepresented Lala’s policy limits to the Rawans until compelled by the court to produce copies of policies requested by plaintiffs.

Ultimately, the Rawans prevailed at trial against Lala, and were awarded $440,000 in damages, of which Continental paid $141,435.98 (the remaining policy limits), with the remaining $298,564.02 paid from Lala’s personal assets. The Rawans’ attention then turned to their Chapter 93A suit against Continental, in which they amended their complaint to allege additional violations of Chapter 176D for Continental’s failure to conduct a reasonable investigation of their claims against Lala, and for “pre-verdict litigation conduct.” On cross-motions for summary judgment, the trial court granted Continental’s motion on all counts. The Rawans then appealed, arguing that the consent-to-settle provision in Lala’s insurance policy was unenforceable as a violation of Chapter 176D.

Next, the court turned to the public interests involved, addressing the Rawans’ argument that an insurance company’s duty to injured third-party claimants is paramount to its duties to its insured where those duties conflict. The Rawans’ argument was based on the expansion of Chapter 93A to allow third-party suits against insurers for violations of Chapter 176D. However, the court concluded that the expansion of Chapter 93A, which occurred as a result of a 1979 amendment to the statute enacted at a time when consent-to-settle provisions were common, did not affect an insurer’s obligations to its insured. Rather, the court noted the insurer’s “duty [to third parties to effectuate settlement] is still subject to the insurer’s contractual and statutory duty to its insured.” [8] The court concluded its analysis by stating that the tension between Chapter 176D and consent-to-settle clauses was insufficient to overcome the public interest in encouraging professionals to purchase optional liability insurance, which also has the benefit of “providing more secure funding for the payment of third-party claims.” [9] As the court’s noted, those insureds that would unreasonably refuse to settle claims are arguably the same insureds who would forego liability insurance if settlement authority were give solely to insurers. [10]

The court then briefly addressed the Rawans’ argument that consent-to-settle provisions should only be permissible when paired with a so-called “hammer clause.” [11] Hammer clauses are provisions in insurance policies that limit an insurer’s liability to the amount of a potential settlement if that settlement offer is rejected by the insured. [12] The court concluded that Chapter 176D does not require that consent-to-settle provisions be paired with hammer clauses in order to be enforceable because the statute fails to mention hammer clauses and because the existence of a hammer clause would “diminish the incentive professionals have to purchase this voluntary insurance.” [13]

The court made a point to emphasize that its opinion does not mean that insurers owe no duty to injured third parties in cases involving consent-to-settle clauses. Rather, the insurer must still abide by its obligation to effectuate settlement, which includes “a thorough investigation of the facts, a careful attempt to determine the value of the claim, good faith efforts to convince the insured to settle for such an amount, and the absence of misleading, improper, or ‘extortionate’ conduct.” [14] Absent those steps, insurers could be held liable under Chapters 93A and 176D, even where the insured ultimately refuses to provide its consent to settle. While the court concluded that most of Continental’s conduct was in good faith, it side-stepped Continental’s most troubling conduct. [15] The court noted that Continental’s refusal to turn over the neutral engineer’s report and its misrepresentations of Lala’s insurance coverage limits were “problematic to Continental’s duty . . . to act in good faith.” However, the court ultimately concluded that the conduct did not proximately cause plaintiffs’ loss because Lala’s refusal to settle would not have been overcome had Continental acted differently. “The injury here was undisputedly caused by the obstinacy of the insured, not the particular acts or omissions of the insurer that the plaintiffs have identified.” [16] The decision’s failure to address the Rawans’ litigation costs incurred in seeking and obtaining a motion to compel disclosure of the engineer’s report is troubling because, at least as to those expenses, causation appears clear.

Rawan has implications for insureds, third-party claimants, and insurers in the context of professional liability policies.

Professional insureds should take solace in the court’s conclusion that consent-to-settle clauses remain enforceable in Massachusetts. Furthermore, the fact that insureds can withhold consent to settlement even where an insurer would be required to settle potentially provides a better bargaining position for insureds to drive down a settlement amount by withholding consent. However, it is possible that the court’s reference to hammer clauses might encourage their inclusion in more professional liability policies, thereby exposing insureds to greater personal liability if they refuse to settle a claim on the advice of their insurer or counsel.

For third-party claimants, the outlook after Rawan is a potentially gloomier one. Based on the court’s decision, even where an injured third party has strong proof of fault on the part of an insured professional, the insured could withhold consent to settle, forcing the matter to trial. While that outcome was not problematic in Rawan because the insured was able to satisfy the judgment out of pocket for the amount in excess of the remaining policy limits, in other cases it might cause third parties to incur exorbitant legal expenses to reach a verdict that may never be satisfied, while also foreclosing recovery against the insurer.

Insurers should pay careful attention to the court’s warning in Rawan. The insurers’ good faith duties to reasonably investigate claims and to effectuate prompt, fair, and equitable settlement of claims in which liability is reasonably clear remain in place. In cases with a less obstinate insured, or where the parties are closer to reaching a settlement, conduct similar to that of Continental might expose an insurer to liability under Chapters 93A and 176D.

While it remains to be seen how Massachusetts courts will apply the Supreme Judicial Court’s Rawan v. Cont’l Cas. Co. decision, insurers, insureds, and third-party claimants should be mindful of the above-detailed takeaways.

[1] The engineer further opined that Lala’s design was “the worst example of improper engineering that I have seen in my 45 years of professional practice.” Rawan, 483 Mass. at 658.

[15] Specifically, the court concluded that Continental’s investigation of the claim and attempts to encourage Lala to settle were good faith efforts to effectuate settlement. Id. at 673. However, the court did not address whether Continental’s litigation conduct violated Chapter 93A. Id. at 673 n. 8. 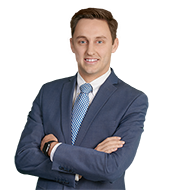