Illumina: The Holy Grail of Issues for Certain Companies Considering a Spinoff

Typical considerations of parent companies seeking to spin off a subsidiary company include increasing shareholder value, facilitating growth, presenting a clearer tax and operational profile to investors, and a host of other legal, business, and practical considerations. A decision to spin off a subsidiary is usually based on the view that the parent and subsidiary have fundamentally different business models and that both entities could benefit from the subsidiary being its own independent company—including, but not limited to, obtaining a higher aggregate valuation due to the ability of investors to better appreciate all aspects of the distinct businesses.

Recently, the Federal Trade Commission (FTC), in In Re Illumina, Inc. and GRAIL, Inc.,1 has offered an additional consideration for boards of certain companies that are operating in novel environments or developing potentially life-saving technologies—as may be the case with some health care or life science companies -- namely: How likely is it that the subsidiary to be spun out by the parent will be a future acquisition target, and what is the regulatory risk that a governmental body, such as the FTC or other regulatory agency, may object to the recombination of both businesses in the future?

Such is the case with the proposed multibillion-dollar acquisition by Illumina, Inc. (Illumina) of GRAIL, Inc. (Grail), its former subsidiary. In 2016, Illumina founded Grail and subsequently spun it out as an independent company for fundraising and development purposes.2 Grail is a leading developer of a multi-cancer early detection (MCED) test under the brand name GalleriTM, and Illumina is a publicly-traded DNA sequencing and analysis company marketing and developing its Next Generation Sequencing (NGS) platform. Illumina’s NGS platform offers the key operating inputs that allow the current generation of MCED tests to work.3

As the name implies, MCED tests are able to detect a broad array of cancers using a patient’s blood sample. They potentially allow a patient to detect certain cancers early rather than wait for symptoms to develop—which by then may be too late. MCED tests represent a potentially revolutionary shift in cancer screening, and Grail, with its Galleri test, is generally considered to be at the forefront of that change.4

On 21 September 2020, Illumina announced that it had entered into a definitive agreement to acquire Grail for consideration valued at US$8 billion, consisting of cash and Illumina stock.5

On 30 March 2021, the FTC noticed its intention to challenge the proposed acquisition, alleging that it violated Section 5 of the Federal Trade Commission Act and Section 7 of the Clayton Act because it would “substantially lessen competition in the [MCED] test market by diminishing innovation and potentially increasing prices and reducing the choice and quality of MCED tests.”6

The FTC’s argument focuses on, among other things, the theory that Illumina’s acquisition of Grail would monopolize the MCED test market due to the lack of sufficient alternatives for competitors of Grail to access Illumina’s NGS data. The FTC argued that “Illumina is the only provider of DNA sequencing that is a viable option for these [MCED] tests in the United States,” and so the theory goes that, if the transaction were allowed, other MCED test manufacturers would be either cut off from receiving this important data or see the costs of obtaining same increase significantly to the point where they could not effectively compete with the Grail test or generally develop new or similar technologies for early cancer detection.7

Leaving aside the policy, competition, and business ethics issues raised by the FTC in its complaint, one take away for boards of certain companies who are developing crucial technologies in rapidly developing markets is whether it should spin out distinct—but complementary—business lines, such as existed between Grail and Illumina, or whether potential regulatory risks and future transaction costs of such a reorganization weigh in favor of keeping those technologies in house. Once a potential monopolist spins off a business it has developed organically, competition laws and other considerations may prohibit that company from buying it back.

Illumina contends that, contrary to the arguments of the FTC, the proposed acquisition would not monopolize but actually accelerate the adoption of MCED tests in the United States, and it plans to contest the FTC’s action and seek to avail itself of all legal means to potentially move forward with the transaction.

[2] According to paragraph 8 of the Complaint, Illumina’s current ownership in Grail is only 14.5 percent; see also Press Release, Illumina, Illumina to Acquire GRAIL to Launch New Era of Cancer Detection (Sept. 21, 2020), https://investor.illumina.com/news/press-release-details/2020/Illumina-to-Acquire-GRAIL-to-Launch-New-Era-of-Cancer-Detection/default.aspx (stating that “GRAIL was founded by Illumina in 2016 and was spun out as a standalone company, powered by Illumina’s NGS technology”).

[3] The NGS platform can accurately identify the order of the component nucleotides in a patient’s DNA sample, which is necessary for MCED tests to detect genetic variations indicative of potentially other cancer types.

[4] According to Scientific American, “In the United States, we currently screen for only five types of common cancers. The rest are only identified when signs or symptoms appear, often signifying advanced disease when outcomes are poor.” It is estimated that the five single cancer screening tests “collectively detect only 16 percent of the 1.2 million cancers diagnosed each year in those aged 50–79 in the US.” Joshua J. Hoffman, Taking Early Cancer Detection to the Next Level, Sci. Am. (Nov. 1, 2020), https://www.scientificamerican.com/article/taking-early-cancer-detection-to-the-next-level/; Press Release, Fed. Trade Comm’n, FTC Challenges Illumina’s Proposed Acquisition of Cancer Detection Test Maker Grail (Mar. 20, 2021), https://www.ftc.gov/news-events/press-releases/2021/03/ftc-challenges-illuminas-proposed-acquisition-cancer-detection (“The MCED test is a game changer for cancer patients and their loved ones. If this acquisition is consummated, it would likely reduce innovation in this critical area of healthcare, diminish the quality of MCED tests, and make them more expensive.”). 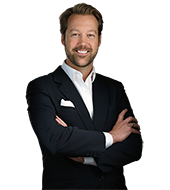