Welcome to the Spring edition of “In Site”. This edition provides an update on the new 2017 FIDIC suite of contracts as well as brief case notes on recent interesting and important cases dealing with:

NEWS ALERT - 2017 FIDIC Suite of Contracts
FIDIC published its much anticipated update of the 1999 Rainbow Suite of Contracts in December 2017, including new versions of the Red Book, Yellow Book and Silver Book, after the updated White Book (for consultancy appointments) was published in the Spring of 2017.
We reported in January 2017 on the key provisions anticipated in the ‘pre-release’ version of the Yellow Book found here. In this edition of “In Site”, we turn our focus to the key changes between the 2016 pre-release versions and the 2017 published editions of the Yellow and White Books.

As expected, the published version of the Yellow Book remains true to those themes, but a number of the more ‘ambitious’ changes, and those with a relatively high degree of uncertainty as to impact and consequence, have been modified. Key amongst these are:

Very little has changed between the pre-release and published versions of the 2017 White Book. The main substantive amendment is that it now expressly provides that the Client is not entitled to terminate for convenience in order to carry out the Services itself or through a third party.

Assessing the impact of concurrent delay can be complex, and many contracts (including major standard forms such as JCT, NEC and (pre-2017) FIDIC) leave the issue unaddressed - relying instead on parties either drafting in bespoke terms, or relying on the delay assessor (project manager, engineer etc.) working it out as they go along, or reserving the issue as a defence to any delay claim that subsequently arises. This all occurs in the context of a general acceptance that concurrent delays do happen, but they are tricky to deal with. As an interesting aside, the new suite of FIDIC contracts contains a new Sub-Clause 8.5 which states that, if a delay caused by the Employer is concurrent with a Contractor delay, then the entitlement to an extension of time shall be assessed “in accordance with the rules and procedures stated in the Special Conditions (if not stated, as appropriate taking due regard of all relevant circumstances)”.

The parties in this case took matters a step further in terms of considering concurrent delay to be in the ‘too hard basket’ and expressly excluded the contractor’s entitlement to claim for a recoverable delay at all if there was a concurrent delay for which it was responsible. This was done via an amendment to the JCT Relevant Event provisions in the contract to state that “any delay caused by a Relevant Event which is concurrent with another delay for which the Contractor is responsible shall not be taken into account.”

At first glance, this bespoke amendment would seem to cut across the prevention principle i.e. that a party may not enforce contractual obligations where that party has prevented the obligation from being performed. A classic example of the prevention principle (and which is included in delay clauses to avoid time being rendered ‘at large’) is where a contractor has been delayed by an employer: the employer cannot then insist that the contractor meets the original date for completion.

In giving his judgment, the judge confirmed that:

Defining what concurrent delay actually is has been the subject of many differing views. The SCL Delay and Disruption Protocol adopts a relatively wide approach, stating that “For concurrent delay to exist, each of the Employer Risk Event and the Contractor Risk Event must be an effective cause of Delay to Completion (i.e. the delays must both affect the critical path)”. In contrast, the judge in this case, relying on the approach in the Adyard case, considered a tighter requirement must be met i.e. the two events causing delay must be of “equal causative potency”. It will be interesting to see how this is addressed in subsequent cases.

The case of Grove Developments Ltd v S&T (UK) Ltd has wide-ranging implications for the construction industry and grapples with key questions which have troubled the Technology and Construction Court for some time. The relevant facts in this case were that the employer issued a payment notice (with sufficient detail but served out of time) and then a pay less notice. The pay less notice was in time but, rather than re-attaching the earlier calculation detail, it cross-referred to the detail in the earlier payment notice. Although the judge agreed that this approach had allowed the employer to comply with the requirement to specify the basis of the calculation (and the pay less notice was, therefore, valid) the employer sought to go further, and asked for a declaration that it could adjudicate the ‘true value’ of the payment application even if both payment and pay less notices had been invalid.

On the law as set out in ISG v Seevic and similar authorities, if the employer’s notices were deficient it would have to pay the contractor the sum due as stated in the application. The employer in this case argued that, even if it had to do that, there is nothing which should stop it then seeking, in a second adjudication, to dispute the sum that was properly due.

The judge agreed that the reasoning in those cases was wrong and expressly rejected the ‘deemed agreement’ standpoint in those cases, describing it as an unjustified and unnecessary complication, and one that had no basis in the parties’ contract or via the statutory requirements of the Housing Grants, Construction and Regeneration Act 1996.

The Court of Appeal considered that a dispute about valuation is different from a dispute about the sum stated in a notice. The true valuation of an application would not, therefore, necessarily be decided in an earlier adjudication about the form and substance of notices (partly, as here, because the JCT forms themselves draw a distinction between “the sum due” and “the sum stated as due” in their drafting). Accordingly, the employer was entitled to commence an adjudication to establish the true sum due and make a claim for any consequential financial adjustment that arose as a result.

Interestingly the Court of Appeal also held that the employer was entitled to serve a pay less notice straight after the payment notice (in this case, literally one minute later) and that there was no minimum period required between the two notices (but which are to be served in the correct order).

In this case, the pre-construction services agreement was terminated by consent (when half the fee had been paid) and the decision taken by the employer not to proceed with that contractor for the main works.

The Technology and Construction Court held that the contractor was not entitled to payment of the other half of the fee as the agreement required the employer to pay the first tranche of the fee during the pre-construction services period and the remaining fee after the first valuation under the main contract.

The case highlights the need for clear and unambiguous drafting to ensure the parties’ intentions are properly recorded.

Royal Devon and Exeter NHS Foundation Trust v ATOS IT Services UK Limited [2017] EWCA Civ 2196
Although the freedom of parties to contract as they wish is paramount (as shown by the North Midland Building v Cyden Homes case above), it is essential that the wording of the contract is clear and unambiguous in order for it to be enforceable.

The recent case of Royal Devon and Exeter NHS Foundation Trust v ATOS IT Services UK Limited is a case in point. The Court of Appeal was required to consider a limitation of liability provision contained in a contract for the provision of an IT management system. The employer terminated the contract and claimed damages (of around twice the contract sum) for wasted expenditure resulting from material breaches by the contractor and a failure to remedy them.

The contract included a bespoke provision capping the contractor’s aggregate liability. It stated:

“9.2: The aggregate liability of the Contractor … shall not exceed:

9.2.1: for any claim arising in the first 12 months of the terms of the Contract, the Total Contract Price…; or

9.2.2: for claims arising after the first 12 months of the Contract, the total Contract Charges paid in the 12 months prior to the date of that claim.”

The court had to consider whether the provision was valid and, if so, how many caps it included.

The employer said the provision was too uncertain to be enforced. The contractor admitted it was poorly drafted but was still enforceable with two possible interpretations, namely, that:

there was a single cap – the amount of which depended on the timing of the default, or alternatively,

The first instance judge held that paragraph 9.2 was enforceable and interpreted it as providing for a single (time-dependent) cap. The Court of Appeal reversed this, holding that the phrase “aggregate liability” at the beginning of paragraph 9.2, in which liability is expressed in the singular, did not necessarily mean a single cap on liability rather than two.

It was held that this interpretation of the provision made the most commercial common sense and that, therefore, it was to be preferred: the contractor was carrying out higher value work in the first year of the contract when defaults would have more costly consequences.

This case illustrates the importance of clear contractual drafting. Whilst the courts will uphold express contractual agreements, if the meaning of those provisions is ambiguous, there is an inherent risk in having the court decide what it believes makes the most commercial sense, particularly when different courts may well have different interpretations on this.

Interserve Construction Ltd v Hitachi Zosen Inova AG [2017] EWHC 2633 (TCC)
This case considers the risks associated with the decision to terminate a contract. In circumstances where a party intends to exercise contractual termination rights, care should be taken to ensure that the contractual termination regime is strictly adhered to, including any notice provisions and cure periods, and where there is any doubt or ambiguity, it is worth erring on the side of caution.

The main contractor served a notice of termination, relying on a failure to proceed regularly and diligently (a permitted ground for termination), and the notice stated that “for the avoidance of doubt, [the main contractor] does not exercise discretion to provide a seven day period for rectification under clause 43.1A of [the Contract]”.

Amongst other things, the case is a caution against the scattering of expressions, such as “subject to”, in contract drafting without careful consideration of their meaning and effect. As to the meaning of “at its absolute discretion” in the sub-clause, the judge said that the purpose of those words was to emphasise that, whether to give notice and commence the termination process, was a matter for the main contractor and that failure to do so would not have adverse consequences. Those words were also used elsewhere in the contract to emphasise or clarify that whether to do something was a party’s choice and not an obligation.

For more information on any of these articles, or on any other issue relating to construction and engineering law, please contact any of the authors or your usual K&L Gates’ contact. 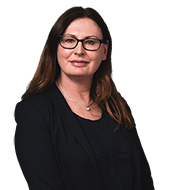 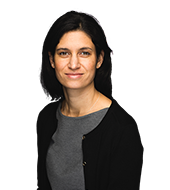