In re Cuozzo Speed Tech., LLC presented the Federal Circuit with its first opportunity to address important, open questions about how the Patent Trial and Appeal Board (PTAB) handles its relatively new Inter Partes Review (IPR) proceedings.   In February 2015, a panel of the Federal Circuit held, in a split decision, that (i) decisions by the PTAB to institute an IPR are unreviewable on appeal and (ii) the PTAB should use the “broadest reasonable interpretation” (BRI) claim construction standard  when reviewing the validity of the challenged patent in an IPR proceeding.  The Federal Circuit subsequently denied Cuozzo’s en banc rehearing petition by a 6-5 vote.  The dissenting judges urging rehearing would have rejected the PTAB’s use of the BRI claim construction standard.

Cuozzo has now asked the Supreme Court to weigh in on both of these issues, which influence many IPR proceedings.  Granting Cuozzo’s certiorari petition would give the Supreme Court its first opportunity to shape the trial process in these new, popular, and transformational Patent Office litigation proceedings.

IPR Proceedings
The America Invents Act (AIA) of 2011 created several new adversarial Patent Office litigation proceedings for challenging a patent’s validity:  Inter Partes Review (IPR), Covered Business Method Patent Review (CBM), and Post-Grant Review (PGR).  The proceedings have proven to be extremely popular and transformational in their impact.  IPRs have been particularly popular given their greater availability compared with CBM and PGR.  Indeed, the Patent Office reports that 3,605 IPR petitions were filed between September 16, 2012 (the first available date) and October 8, 2015.

Under the new IPR system, a petitioner (other than the patent owner) files a petition to institute a review by the PTAB of one or more claims of the challenged patent.  35 U.S.C. § 311(a).  Validity challenges in IPRs can only be made under 35 U.S.C. § 102 (novelty) and/or § 103 (obviousness) and must be based on printed publications.  § 311(b).  The patent owner has three months to file an optional preliminary response.  § 313.  Within three months of the patent owner’s preliminary response, the PTAB makes its decision whether to institute the IPR trial.  § 314(b).  If the PTAB institutes an IPR, the trial proceeds through discovery, competing written responses, typically an oral hearing, and ultimately a final written decision by the PTAB on the validity of the claims for which the IPR was instituted.  § 318.

The IPR of Cuozzo’s Patent
Cuozzo sued Garmin International for infringement of U.S. Patent No. 6,778,074 (“the ’074 Patent”) on June 15, 2012, in the United States District Court for the District of New Jersey.  In response, Garmin filed an IPR petition for the ’074 Patent on September 16, 2012, the first possible filing date for IPR petitions.  The PTAB instituted the IPR on January 9, 2013, although it did not do so on the exact grounds Garmin requested.

The ’074 Patent is directed to a speed limit indicator for a motor vehicle that displays both the current speed of the vehicle and the applicable speed limit, which is determined with the aid of a GPS system.  The applicable speed limit is shown in a “colored display,” and the speedometer is “integrally attached” to the colored display.  The validity of the challenged claims turned on the meaning of the claim term “integrally attached.”  In its final written decision, the PTAB construed this term using the BRI standard to mean “discrete parts physically joined together as a unit without each part losing its own separate identity.”  This construction was broader than Cuozzo’s proposed construction, which was “joined or combined to work as a complete unit.”  In rejecting Cuozzo’s proposed construction, the PTAB remarked that “Cuozzo’s arguments are directed to an ‘integral display’ rather than a speedometer that it ‘integrally attached’ to a colored display,” as actually recited in the claim.  The PTAB determined that the challenged claims were invalid under its adopted construction.

The Federal Circuit Appeal
Cuozzo appealed the PTAB’s final written decision to the Federal Circuit.  The appeal presented two main issues:  (1) whether the AIA’s prohibition on appeals of IPR institution decisions prohibits interlocutory appeals while permitting appeals of the institution decision following the PTAB’s final written decision; and (2) the appropriate claim construction standard for IPRs.  Cuozzo argued that the institution was improper because the PTAB did not adopt the exact grounds presented in Garmin’s IPR petition, in contravention of the AIA’s requirement that the petition “identif[y] … with particularity … the grounds on which the challenge to each claim is based ….”  35 U.S.C. § 312(a)(3).

A three-judge Federal Circuit panel affirmed the PTAB’s cancellation of the challenged claims in a February 4, 2015 decision in which the judges split 2–1.  778 F.3d 1271.  It subsequently withdrew that opinion and issued a slightly amended one on July 8, 2015.  793 F.3d 1268.  Judges Dyk and Clevenger concluded that the AIA’s prohibition on appeals (35 U.S.C. § 314(d)) means what it says:  institution decisions are not appealable even after a final decision of the PTAB.  The majority’s reasoning centered on two key factors.  First, the AIA statute expressly states that institution decisions are “final,” which suggests more than a mere prohibition on interlocutory appeals.  Second, another provision of the AIA, § 319, specifies that “the final written decision” of the PTAB can be appealed, without mentioning that institution decisions can be appealed.  793 F.3d at 1273.  The majority intimated that in certain circumstances a mandamus petition could be used to review a PTAB institution decision, but since Cuozzo did not seek mandamus the Federal Circuit had no reason to decide the issue.  Id. at 1274–75. [1]

Judge Newman dissented on both issues, arguing that the twin rulings from the panel majority “thwart” Congress’s statutory plan for providing “quick and cost effective alternatives to litigation.”  Id. at 1284 (quoting AIA legislative history at 2011 U.S.C.C.A.N. 67, 78).  Regarding claim construction, Judge Newman wrote that AIA trials are designed to reach “the same correct result as in the district courts.”  Id. at 1285.  As such, she argued, IPRs should use the same claim construction standard as in a district court, especially since a claim must be construed in the same way for validity and infringement, the latter of which is adjudicated in district courts and not by the PTAB.  Id. at 1286.  She further argued that, unlike IPRs, the prosecution of patent applications “is a fluid exchange between the examiner and the applicant,” and the BRI standard is an “examination expedient” used in this context given the applicant’s right to amend the claims.  Id. at 1287.  In contrast, according to Judge Newman, the right to amend claims in an IPR is “almost entirely illusory.”  Id. at 1288.  She asserted that the AIA only provided the PTAB with rulemaking authority as to IPR trial procedure, and not the authority “to change the law of how claims of issued patents are construed.”  Id. at 1290.  Finally, she argued that § 314(d)’s prohibition on appeals only prohibits interlocutory appeals before a final decision.

Chief Judge Prost and Judge Newman each issued an opinion dissenting from denial of en banc review.  Chief Judge Prost’s opinion, joined by Judges Newman, Moore, O’Malley and Reyna, attacked the logic of the panel majority, making four main points.  First, Congress’s silence on the claim construction standard did not implicitly adopt the long-standing BRI standard since AIA trials were brand-new proceedings, and Congress “was not legislating within an already existing regime.”  Id. at 1300.  Second, she argued that the background of existing law shows that the BRI standard is inappropriate, since it is a “useful tool, prior to patent issuance.”  Id. (emphasis in original).  IPRs are akin to district court litigation since “there is no robust right to amend” claims, according to Chief Judge Prost, and a similar claim construction standard should apply.  Id. at1301.  Chief Judge Prost also disagreed that Congress gave rulemaking authority to the PTAB on the issue.  She noted that the provisions the panel majority cites as providing the PTAB this authority, §§316(2) and (4), relate to procedural issues, and not substantive legal issues like claim construction, which affect decisions to institute an IPR.  She further argued that even if Congress gave the PTAB authority to adopt a claim construction standard, the PTAB’s adoption of the BRI standard is not entitled to deference since it defeats Congress’s intent that IPRs substitute for district court litigation.  Id. at 1302–03.

Judge Newman’s dissenting opinion reviewed several amicus briefs that, in her view, uniformly support the position that the PTAB should apply the Phillips claim construction standard.  She remarked that the “loser in this debate is the nation, for the ambitious plan of the America Invents Act is thwarted….”  Id. at 1304.

Supreme Court Prospects
On October 6, 2015, Cuozzo petitioned for Supreme Court review on both the appealability of IPR institution decisions and whether the PTAB should apply the BRI standard.  These issues impact many IPRs and will continue to generate uncertainty until the Supreme Court rules on them.  Arguably, the closely contested panel and en banc review decisions at the Federal Circuit demonstrate the circuit court “split” the Supreme Court often considers significant when deciding whether to take a case.  See e.g., Alice Corp. v. CLS Bank, 134 S. Ct. 2347 (2014) (Supreme Court granted certiorari after divisive split at Federal Circuit).  Despite that fact, the rate at which the Supreme Court accepts cases for review is very low, and it is fair to say that it is unlikely to take the case.

Nevertheless, if not in Cuozzo, we expect—absent Congressional intervention—that the Supreme Court eventually will address both the appealability and claim construction issues for IPRs.  In the meantime, parties to an IPR in which the claim construction standard affects the outcome should carefully consider taking steps to preserve the right to argue that the BRI standard should not be applied.

Notes:
[1] Nevertheless, the majority stated that Cuozzo’s situation “is far from satisfying the clear-and-indisputable requirement for mandamus.”  Id. at 1275.

[2]According to Chevron, U.S.A. v. Natural Res. Def. Council, Inc., 467 U.S. 837 (1984), courts should defer to agency interpretations of statutes that mandate the agency take some action unless the agency’s interpretation is unreasonable. 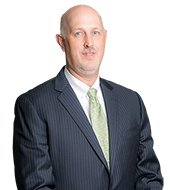 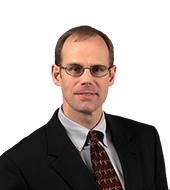