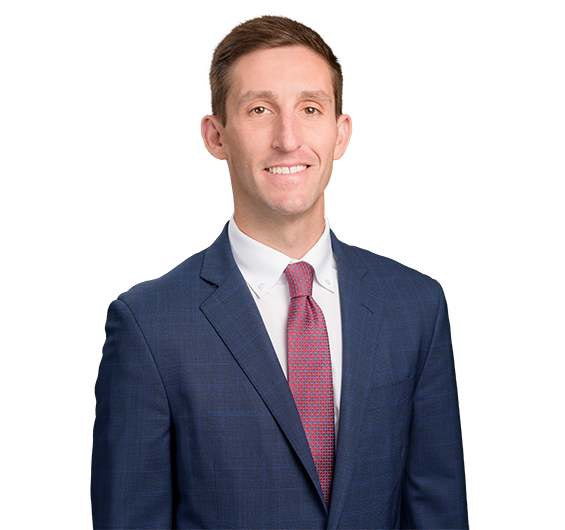 J.D. Koesters is counsel in the firm’s Investigations, Enforcement, and White Collar group.  With over a decade of experience in the Department of Justice and Department of Defense, J.D. advises clients on internal investigations and government enforcement actions in a variety of industries.  As a Certified Information Privacy Professional in the U.S. (CIPP/US) and a former national security advisor for Army Cyber Command, J.D. works with clients on emerging issues involving data privacy regulations, cybersecurity requirements, and data breach incidents.

J.D. joined the firm after serving as an Assistant United States Attorney for the Eastern District of North Carolina in Raleigh.  As a federal prosecutor, J.D. led multi-agency investigations focused on disrupting criminal organizations engaged in money laundering, fraudulent schemes, narcotics trafficking, and other federal crimes.  Drawing from his prior national security practice, J.D. integrated data collection and analysis into traditional law enforcement operations to prosecute conspiracies spanning years and geographic boundaries.  J.D.’s history in the cyber domain allowed him to tackle dark web narcotics trafficking and the use of cryptocurrencies in laundering illicit proceeds.  During this time, J.D. tried multiple cases in front of juries - all resulting in convictions - and prosecuted one of the District’s first fraud conspiracies associated with federal COVID-19 relief funds.

Before joining the Department of Justice, J.D. served as a Judge Advocate in the United States Army.  As a national security practitioner, J.D. advised the Army’s Cyber Protection Teams on defensive cyberspace missions against advanced persistent threats.  J.D. worked across federal agencies to find innovative and sound legal solutions to enable missions across the Department of Defense’s global networks and ensured the successful integration of industry partners into the build up and execution of missions.

Prior to his assignment with Army Cyber Command, J.D. served a combat tour in Afghanistan, where he worked with U.S. and NATO forces to develop and implement a human rights compliance program for the transfer of detention operations to the Government of Afghanistan.  Volunteering for missions in remote parts of eastern Afghanistan, J.D. worked on several sensitive national security investigations arising out of combat operations.

In between national security assignments, J.D. served as both a military prosecutor and defense counsel.  Consistently recognized by his commanders as a top litigator, J.D. tried 25 courts-martial without losing a contested charge.  J.D.’s cases covered a host of crimes including charges of rape, child endangerment resulting in death, narcotics trafficking, and more.

J.D. continues to serve as a Major in the United States Army Reserves.