Introduction
Last month, a jury found seven defendants guilty in a federal bribery case that has caught the attention of the health care law world due to its novel approach to prosecuting fraud and abuse. Ten others had already pled guilty. In United States v. Beauchamp, [1] prosecutors alleged a massive, multifaceted, bribe and kickback scheme and conspiracy on the part of Forest Park Medical Center (“FPMC”), a physician-owned surgical hospital, its owners, directors, investors, employees, and various third parties, designed to, among other things, reward the referrals of patients to FPMC, conceal such referrals, and unlawfully attempt to maximize FPMC’s profits.

In addition, the government used the Travel Act, [2] which was enacted in 1961 by President John F. Kennedy as part of his crackdown on organized crime, to target those elements of the conspiracy and kickback scheme that did not involve federal money. It is this creative approach to reaching fraud and abuse arrangements that would technically fall outside of the Stark Law or Anti-Kickback Statute, because the arrangements do not involve federal health care program beneficiaries, that has caused providers and their counsel to take note.

Overview of the case
In Beauchamp, the government alleged that the defendants (i) paid and received bribes and kickbacks in exchange for referrals of patients who participated in federal health care programs, as well as patients who had private insurance benefits, and (ii) violated the Travel Act by engaging in unlawful activity using facilities of interstate commerce. More specifically, prosecutors asserted that:

Details of the Case

Health Care Bribes and Kickbacks
The facts associated with the allegations of bribery and kickback payments are extensive. First, the defendants allegedly paid kickback recipients based on the anticipated revenue that their existing and future surgical cases would generate, which usually approximated 10% of FPMC’s expected procedure collections. To this end, surgeons reported how many surgeries they did a month, how many out-of-network surgeries they could send to FPMC, and what types of insurances their patients had. From this, hospital administrators could estimate the profitability of the surgeons’ cases to the hospital. Some of these physicians were investors in FPMC while others were not.

In addition, FPMC allegedly paid money to approximately 40 primary care practices, in amounts of $500 per month, in exchange for referrals of patients to the hospital or to surgeons who performed procedures there.

Moreover, in order to conceal such bribes and kickbacks, individuals related to FPMC created shell companies Adelaide Business Solutions (“Adelaide”) and Unique Healthcare (“Unique”) to funnel payments for referrals. For example, Adelaide entered into “Management Support and Marketing Agreements” with FPMC that purportedly offered management support and marketing services for health care providers. In reality, federal prosecutors alleged that Adelaide, as well as Unique, existed solely to transfer payments to referral sources so that it did not seem like FPMC was making such payments. FPMC would send Adelaide or Unique a lump-sum payment each month and subsequently send its owners a list of individuals/entities with corresponding dollar amounts that were to be paid.

These entities then distributed the funds accordingly. Furthermore, Adelaide’s and Unique’s owners received a portion of the funds that were funneled.

Second, the government alleged that FPMC routinely guaranteed out-of-network patients that they would be treated as in-network, despite the fact that FPMC billed the patients at higher, out-of-network rates, and was reimbursed accordingly. To this end, referring surgeons and their staff were supposedly coached on what to say to out-of-network patients. In addition, these patients were also told that, when they received a bill from their insurance company that would likely show FPMC as an out-of-network facility, they should call FPMC directly so that their explanation of benefits could be “corrected.” This was done to prevent patients from inadvertently alerting their insurance companies of the scam.

Third, FPMC related individuals were supposedly “selling” Medicare and Medicaid recipients to at least one other hospital in exchange for payments of $350 per lead, which amount could be renegotiated if such referrals were able to lead to surgeries at the third-party hospital.

Violating the Travel Act
At the heart of this case is the federal government’s use of the Travel Act to target fraud and abuse activity that would ordinarily be unreachable to it because the conduct did not involve recipients of federal health care program dollars. Normally, it would be the state that would apply its own bribery or criminal statutes to prosecute this type of fraud if it saw fit. The federal government’s fraud and abuse prosecutions traditionally have been limited to arrangements that harm federal health care programs such as Medicare, Medicaid and TRICARE. Here, however, the government was able to prosecute payments made for referring privately insured beneficiaries. Although this is not the first case to use the Travel Act in health care fraud prosecutions, such use has been uncommon. Therefore, this case is significant because it evidences an increased ability on the part of federal prosecutors to target health care fraud schemes involving private payors, and a desire to do it.

In Beauchamp, the unlawful activity was commercial bribery, which is illegal under Texas law. [4] Under the Travel Act, federal prosecutors were able to use the violation of state law to federalize the crime because interstate commerce was involved. Here, when FPMC made payments to Adelaide, the data from the check was uploaded to a server in Atlanta, a facility of interstate commerce, and then the check was deposited into Adelaide’s account. In addition, the defendants used email to send instructions about payment amounts and recipients. The Travel Act thus enabled the government to establish jurisdiction although the misconduct involved only state law violations, and to prosecute health care fraud that did not involve federal health care programs.

Implications and Takeaways
The facts of this case are so brazen that many health care entities could be inclined to ignore it as an aberration. However, the undisputed takeaway is that improper activity involving commercial, non-governmental payor programs could now be prosecuted under federal law. While it is difficult to predict whether the government’s success in this case will signal an increased interest in using the Travel Act to prosecute health care fraud that traditionally had been outside of the scope of federal authority, the fact that the government has done it certainly indicates that this is a possibility. Healthcare providers and others doing business in the industry should be aware that the government may be using a new tool to target fraud and abuse, even when such illicit schemes attempt to carve out traditional federal health care laws. Now, government scrutiny may extend to state law violations such as commercial bribery.

So what can providers do to protect themselves against liability? Awareness and prevention are important.

Healthcare providers and their business partners need to be familiar with Beauchamp and to understand the applicability of the Travel Act. They then need to share this knowledge with officers, managers, and compliance personnel, who can further disseminate it internally, in order to bring awareness to the fact that the federal government has this new instrument that it can use to prosecute fraud and abuse. Current agreements and arrangements should be reviewed to ensure compliance with both federal and state law.

Perhaps the most important point to remember is that programs that are designed to exclude federal health care program beneficiaries are not automatically free from scrutiny and therefore should be carefully considered. Non-Medicare/Medicaid programs are frequently aberrations in any case, and may arouse the suspicions of regulators, who assume that the purpose of excluding such patients is to violate the principles (e.g., overutilization, unnecessary services, excessive payment) that the Stark and Anti-Kickback sanctions attempt to deter. Any program that includes only commercial payor patients should still be reviewed as to intent and consequence and should be structured to comply with federal fraud and abuse principles in mind. The holding in Beauchamp means that the federal government now has a legal tool that it can use when it suspects non-federal health care program fraud. 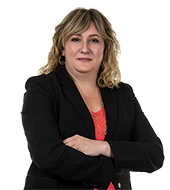