By: Nathan A. Huff

﻿Agribusinesses face increasing scrutiny of their Environmental, Social and Governance (ESG) practices from advocacy groups as well as customers. The recent decision in Usler v. Vital Farms, Inc. highlights how advocacy groups use greenwashing litigation to target agribusinesses to influence their business practices.1

In a minute or less, here is what you need to know about this growing threat.

What is Greenwashing Litigation?

In a greenwashing lawsuit, plaintiffs accuse a business of making false statements about its ESG practices to appeal to consumer interest in environmentally friendly and sustainable practices. The specific causes of action vary from case to case, but often include state and federal claims of unfair and deceptive trade practices, fraud, and false advertising. Several of the largest agriculture and food producers in the country have been targeted with greenwashing lawsuits like the one in Vital Farms.

The Vital Farms Case: Greenwashing Litigation Against an Agribusiness

In Vital Farms, consumers represented by an animal rights organization filed a class action lawsuit against egg producer Vital Farms, Inc. and three of its officers. The plaintiffs attacked statements on Vital Farms’ egg cartons that their operations are “ethical” and “certified humane,” their hens are “pasture-raised,” and their “mission is the humane treatment of farm animals.” Plaintiffs claimed these statements were false, and – when viewed in the context of the pictures on the egg cartons, marketing statements on social media, and statements in its SEC filings – tricked consumers into paying premium prices for eggs that they believed were ethically sourced.

Vital Farms moved to dismiss the case. It argued that its use of the terms “certified humane” and “pasture-raised” was truthful because the organization Humane Farm Animal Care (HFAC) certified its operations met HFAC’s definitions of those terms. The Court rejected this argument, holding that the terms could still mislead consumers because HFAC’s definitions were distinct from the plain meaning of the terms as understood by consumers. Moreover, the Court was unmoved by the egg cartons’ inclusion of the HFAC web address, where consumers could find the definitions of the terms.

Vital Farms also argued that its statements about its mission and description of its practices as “ethical” could not support plaintiffs’ claims because they were subjective opinions, which were aspirational in nature and could not be disproved. The Court rejected this argument, citing prior greenwashing cases holding that aspirational statements can still be misleading if using terms that are susceptible to definition, such as “humane.”

Agribusinesses can take steps to heed the warnings from Vital Farms. They should scrutinize their public statements about ESG to ensure they can substantiate those statements with data and evidence. With the assistance of counsel, they should analyze each statement against (1) greenwashing case law from the agriculture and food industry and (2) the principles outlined in the Federal Trade Commission’s Green Guides. Finally, agribusinesses relying on a third-party ESG certification should consult counsel about the structure of their relationship with that organization and whether the subject certification has been attacked in other greenwashing cases. 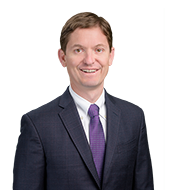