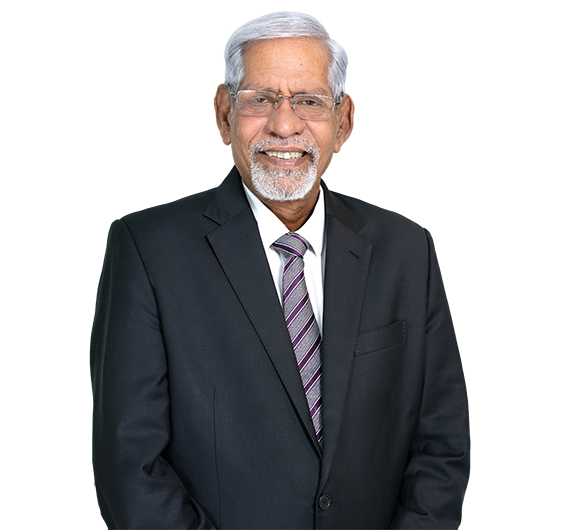 M Rajaram leads transactional teams in advising in a full spectrum of loan and other debt-related and corporate transactions including:

He is a past Chairman of the Singapore Indian Chamber of Commerce and currently an Emeritus Chairman. He was the Vice-Chairman of the Singapore Business Federation, and Council Member of ASEAN Chamber of Commerce and Industry. He  is  the Honorary Consul of the Republic of Mali in Singapore, an office he assumed in 2000. He is actively involved in social work at the grassroots level and is a Patron of the Taman Jurong Citizenship Consultative Committee, having served as a Member of the Taman Jurong CCC for many years. He also assists in running the legal clinic at Jurong MPS on a weekly basis. He is also the Vice President of the Dyslexia Association of Singapore, Deputy Chairman of the Board of Trustees and Executive Committee of the Institute of South East Asian Studies (ISEAS) and was the Chairman of its Audit Committee. He was a Term Trustee in Singapore Indian Development Association (SINDA) for a period of 12 years. He also serves as a Member of the Presidential Council for Religious Harmony. He is also a Notary Public and Justice of the Peace.

For his contributions to Society and to the business community, he was bestowed the PBM (Pingat Bakti Masyarakat – The Public Service Medal) by the President of the Republic of Singapore in 2009.

He has been recognized for his extensive work with Indian companies venturing abroad. He is particularly active in acting for lenders for infrastructure power and mining companies and International Trading Companies for their trade finance requirements, mergers and acquisations and international trade disputes. Most of these transactions are cross border in nature. He has been cited by Asia Law Profile, International Financial Law Review, and Legal 500 for his analytical ability and for the quick turnaround time for corporate and banking matters.

Prior to the merger of K&L Gates Singapore and Straits Law, he was the Executive Chairman at Straits Law Practice LLC which was co-founded by him in 2001. A litigator from 1980 to 1997, he switched to corporate and private client work and now heads the non-contentious departments in Straits Law. He was a former Police Officer who was admitted to the Supreme Court of Singapore in 1980. A Notary Public and Commissioner of Oaths, he is also a Solicitor in England and Wales. He started his professional career as a litigator in criminal and civil proceedings and for 15 years, and since then, he has been actively practising in the areas of Banking and Transactional Work, Merger and Acquisitions, Cross Border Work, Real Estate, Insolvency and Corporate Restructuring and Arbitration. He is a Fellow of the Singapore Institute of Arbitrators (FSIArb) as well as a Fellow of the Chartered Institute of Arbitrators (FCIArb). He is also an Accredited Mediator with the Singapore Mediation Centre (SMC). M  Rajaram received his training in mediation at SMC and Harvard Law School. He is currently a Council member of the Singapore International Mediation - Mediation Advisory Council. He also currently sits on the Presidential Council for Religious Harmony.