May the Force Be with You: North Dakota Supreme Court Affirms that Force Majeure Clause Applies to Primary Term of Oil and Gas Leases

The North Dakota Supreme Court recently held, in Pennington v. Continental Resources, Inc., that a force majeure clause could toll the primary term of an oil and gas lease, even in the absence of initial operations or production.1

Pennington involved a group of oil and gas leases.6  All of the leases contained an identical habendum clause providing for a primary term of three years with an additional one-year option, which the lessee exercised.7  The leases also contained a force majeure clause, relieving the lessee of any obligations in the event of regulatory delay.8

The parties executed the leases in October 2011.9  In May 2012, the lessee applied for a drilling permit, but approval was delayed more than three years, through October 2015, due to an impact review under the Endangered Species Act.10  During that time, the lessee was unable to conduct any drilling operations.11  In January 2016, the government finally authorized the lessee to proceed with operations.12

In August 2017, the lessors sued, arguing that, under the habendum clause, the leases expired in October 2015 due to the lessee’s failure to commence operations.13  The lessee responded that the regulatory delay triggered the force majeure clause, which extended the leases.14  The lessors replied that the provision was inapplicable because a force majeure clause does not apply during the primary term of a lease when the developer failed to initiate operations.15

The trial court granted summary judgment for the lessee, agreeing that the lessee’s inability to obtain drilling permits extended the leases pursuant to the force majeure clause pending regulatory approval.16

On appeal, the North Dakota Supreme Court upheld the trial court’s holding that a force majeure clause “applies during [both] the primary and secondary terms” of an oil and gas lease.17  Importantly, the court noted that there was no lease language limiting the application of the force majeure clause to the secondary term and distinguished cases cited by the lessors on that basis.18  Despite this holding, the court remanded the case because it held that a genuine issue of material fact existed regarding the lessee’s diligence in pursuing the permit.19

The application of a force majeure clause to the primary term of an oil and gas lease is an evolving area of the law, and a lessee’s ability to rely on such a clause may largely depend on the jurisdiction and the specific lease language at issue.  Oil and gas production companies should continue to diligently monitor this area of the law in order to fully understand their available arguments when faced with claims that a lease has terminated due to failure to commence operations.

7 As detailed in the opinion: “the lease term is governed under Paragraph 3:

‘3. Term of Lease. This lease shall be in force for a primary term of three (3) years from the date hereof, and for as long thereafter as oil or gas or other substances covered hereby are produced in paying quantities from the leased premises or from lands pooled or unitized therewith or this lease is otherwise maintained in effect pursuant to the provisions hereof.’

Paragraph 17 of the leases provide the lessee an option to extend the three-year primary term for an additional year. In October 2014, Continental exercised the option and extended the leases.”

8 “12. Regulation and Delay. Lessee’s obligations under this lease, whether express or implied, shall be subject to all applicable laws, rules, regulations and orders of any governmental authority having jurisdiction, including restrictions on the drilling and production of wells, and regulation of the price or transportation of oil, gas and other substances covered hereby. When drilling, reworking, production or other operations are prevented or delayed by such laws, rules, regulations or orders, or by inability to obtain necessary permits, ... or by fire, flood, adverse weather conditions, war, sabotage, rebellion, insurrection, riot, ... this lease shall not terminate because of such prevention or delay, and, at Lessee’s option, the period of such prevention or delay shall be added to the term hereof. Lessee shall not be liable for breach of any provisions or implied covenants of this lease when drilling, production, or other operations are so prevented or delayed.” 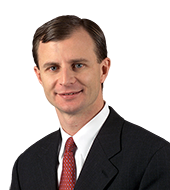 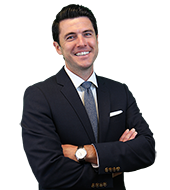