On January 8, 2016, an amendment (the “Amendment”) to Taiwan’s Business Mergers and Acquisition Act (the “Act”) has become effective. Through this amendment, the government hopes to encourage M&A activities in Taiwan by providing more flexibility in structuring, relaxing restrictions on consideration, and increasing the efficiency of M&A procedures, while strengthening transparency to enhance stakeholder protection.

A. Merger between subsidiaries under common control. Although the current Act does not require shareholder approval for mergers between a parent and its subsidiary if the parent owns at least 90% of the subsidiary’s issued shares (i.e., a short-form merger), it does not provide a solution for mergers between subsidiaries, which makes corporate restructuring less straightforward. The Amendment provides that, if a parent company owns at least 90% of the issued shares of two subsidiaries, the two subsidiaries may merge into or with each other upon the approval of a majority of the directors in a board meeting attended by at least two-thirds of the directors (a “Special Board Approval”) of each subsidiary (Section 19, Paragraph 1 of the Amendment).

The Amendment now requires only Special Board Approvals for both the Acquiring Company and the Acquired Company if:

(i) the new shares issued by the Acquiring Company in the share swap do not exceed 20% of its issued shares; and

D. Whale-minnow spinoff. The current Act requires shareholder approval to spin off an independent business division as a separate company. The Amendment now allows doing so with only a Special Board Approval if the business value of such independent business section is no more than 2% of the net worth of the company, provided that shareholder approval is still required if it is necessary to amend the articles of incorporation of the company (Section 36, Paragraph 1 of the Amendment).

If the independent business section is to be assumed by an existing company, it would require only a Special Board Approval if:

(i) the new shares issued by the existing company for the assumption of such independent business section do not exceed 20% of its issued shares; and

provided that shareholder approval of the existing company is still required if its assets are not sufficient to meet its liabilities, or it is necessary to amend its articles of incorporation (Section 36, Paragraph 2 of the Amendment).

E. Short-form spinoff. If a subsidiary spins off an independent business division to its parent company and receives all consideration for the spinoff, the Amendment requires only a Special Board Approval by both the parent and the subsidiary if the parent holds at least 90% of the issued shares of the subsidiary. [1]

Relaxation of Restrictions on Consideration
The most noticeable change in the Amendment is that cash and assets are also allowed as consideration for share swaps and spinoffs.

Under the current Act, consideration paid by the Acquiring Company in a share swap and by a company assuming the spun off business section in a spinoff (such company, a “transferee company”) must be its newly issued shares. The Amendment opens the door to other types of consideration, including cash and assets. Therefore, there could be, for example, a cash-for-share share swap or cash-for-asset spinoff.

Forward Triangular Merger
It should also be noted that under Section 8, Paragraph 1, Item 1 of the Amendment, the parent company of the surviving company in a merger can issue new shares for its subsidiary’s merger with another company without regard to the statutory preemptive right. The published reasons for legislation recognize that it is common for a company to want to set up a special purpose vehicle in order to merge with another company, yet issue new shares directly to the shareholders of the dissolved company in a merger so that the special purpose vehicle would be wholly-owned. It appears to be the legislators’ intent to allow “forward triangular mergers”.

Multi-Phase Takeover vs Market Manipulation
A common method of takeover of a public company is that the acquirer begins to acquire the target company’s shares in the market to gain partial possession before launching a takeover bid. If shares were acquired by multiple persons making joint efforts, then there could be transfers among them after the initial buy-in.

In Taiwan, uncertainties surface with respect to whether such actions would constitute market manipulation under Section 155 of the Securities and Exchange Act, as such actions tend to involve buyers continuously buying into a target’s shares at a higher price and transferring the shares at agreed prices among them. Cases have been brought to the court to determine whether the participants had the intent to raise or lower the market price of the target shares. The Supreme Court has ruled that if the participants acquire target shares with a view to control the management of the company, then the participants did not possess the intent to manipulate the market price [3].

Voting Rights
Under the Company Law, a shareholder who has a personal interest in a matter under discussion at a meeting, where such matter may impair the interests of the company, shall not vote nor exercise voting rights on behalf of another shareholder. Such provision is applied mutatis mutandis to a director in a board meeting.

Stakeholder Protection
The Amendment is intended to increase transparency and efficiency in terms of stakeholder protection by the relevant measures set forth below:

A. Conflicts of Interest. In relation to the exercise of voting rights, a director is required to disclose details of his/her personal interest and the reasons for his/her support for or objection to the resolution seeking to approve an M&A transaction at the board meeting and the shareholders’ meeting (Section 5, Paragraph 3 of the Amendment).

The Amendment makes the following major changes to the above mechanism in the event that agreement on a purchase price cannot be reached between the shareholder and the company within 60 days of the date of the relevant shareholder resolution:

(i) The company must first pay a self-determined fair price to the shareholder within 90 days of the date of the relevant shareholder resolution. If the company fails to make the payment within the prescribed time, then the company is deemed to have agreed to the price proposed by the shareholders exercising appraisal rights (Section 12, Paragraph 5 of the Amendment).

(ii)The company must file a petition with the court within 30 days of the aforementioned deadline for agreement on a purchase price with the shareholders, naming all shareholders whose purchase prices have not been agreed upon as respondents seeking a price determination (Section 12, Paragraph 6 of the Amendment). The company will bear the costs of the appraisal proceedings (Section 12 of the Amendment).

E. Information Asymmetry. To provide shareholders with sufficient information in relation to the M&A transaction the company is required to provide a plan for the merger, share swap, or spinoff, the related agreements, and the opinions of the special committee (or audit committee) and independent experts to the shareholders (Sections 7, 19, 22, 30, 31, 37, and 38 of the Amendment).

F. Public Announcements in Lieu of Notices for Public Companies. To promote efficiency regarding disclosure of information, the Amendment allows public companies to disclose relevant information on the Market Observation Post System (Taiwan’s equivalent of EDGAR), and make disclosures with the same content at both the company’s registered address and the venue of the shareholders’ meeting in lieu of notices to each of the shareholders (Section 7 of the Amendment).

(i) Transfer of the Labor Retirement Reserve Fund (“LRR Fund”)

The LRR Fund is comparable to a defined benefit pension plan under the Labor Standards Act [5]. Under such plan, the employer contributes to the LLR Fund based on a formula that calculates the necessary contributions to meet the defined benefit. Under the current Act, contributions to the LLR fund are required to be sufficient to cover the amount specified as the minimum for suspension of contribution set by the applicable labor laws before all the remaining LLR Fund (or the amount of LLR Fund in proportionate to the transferred assets or businesses) are transferred to the surviving company of a merger (or the acquiring/transferee company) in an acquisition or spinoff.

Since the surviving company in a merger will generally assume the rights and obligations of the merged company, the Amendment only requires transfer of the entire remaining LLR Fund to the surviving company. In the case of an acquisition or spinoff, if all employees under the LLR Fund are retained by the acquiring/transferee company, then contributions to the LLR Fund do not need to be sufficient to cover the minimum amount before its transfer, and all of the remaining LLR Fund can be transferred to the acquiring/transferee company (Section 15 of the Amendment).

Under the current Act, if an employee agrees to be retained by the new employer (i.e., the surviving/acquiring/transferee company in a merger, acquisition, or spinoff), but later decides against it, he/she is not eligible for severance. The Amendment considers that an employee still encounters substantial changes to his/her employment during M&A, so the change makes employees who agreed to be retained by the new employer but then decided against it prior to the effective date of M&A eligible for severance and pension (Sections 16 and 17 of the Amendment).

H. Creditors’ Objection. The current Act allows creditors’ objections only to resolutions regarding mergers or spinoffs. The Amendment also provides creditors with the opportunity to raise objections to the general assumption and transfer of assets and liabilities, or the transfer or assumption of all or substantially all assets or businesses (Section 27, Paragraphs 8 and 9 of the Amendment).

Notes:
[1] Under the Act, consideration for a spinoff can be paid to the company spinning off its business, its shareholders, or a combination of both.

[2] Under an official interpretation issued by the MOEA in 2002, the MOEA holds the view that “shares of the other company” refers to the long-term investment of the company in another company.

[5] Taiwan has promulgated the Labor Pension Act, effective since July 1, 2005, under which a defined contribution pension plan with individual accounts has been implemented. 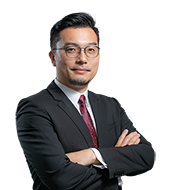 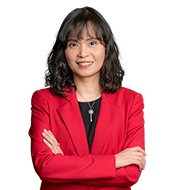