Much Ado About Vesting: Federal Court Clarifies Vesting Rule for Security Interests Granted by Companies That Have Successfully Restructured

The Federal Court has today sensibly ruled that security interests do not vest in the company grantor simply because the company had at some time previously been in liquidation, administration or subject to a deed of company arrangement (DOCA). This decision should come as a great relief to secured lenders and suppliers to companies that have successfully passed through a restructuring and have resumed "business as usual".

Many financiers and suppliers may have been, quite understandably, unaware of a legal risk that had been brewing which could, depending on the Courts' interpretation of the vesting provision under the Personal Property Security Act (PPSA) and the relevant new provisions of the Corporations Act 2001 (Cth) (Corporations Act), have rendered the security interests granted in their favour by previously restructured companies invalid and unenforceable. This could have been the case even though the usual registration requirements under the PPSA had been satisfied.

Why was this issue in doubt?

With effect from the PPSA coming into force on 30 January 2012, the consequential amendments to the Corporations Act replaced the vesting rule (previously in section 266 of the Corporations Act) with new section 588FL. Under the old provision, "green" or late registered security risked being void as against a later appointed liquidator, administrator or deed administrator.

Under the new replacement provision, registered security interests now vest in the corporate grantor in certain specified circumstances. According to the explanatory memorandum covering the legislative update, the purpose of the vesting rule was to prevent security interests being "granted fraudulently with knowledge of an imminent insolvency" in an attempt to put the secured party ahead of unsecured creditors. Each of the examples of its application in the explanatory memorandum considered a grant of security prior to an insolvency event.

Risk had been confined to companies in external administration

The Courts have been asked to consider the interpretation of the post-PPSA vesting rule found in section 588FL of the Corporations Act in a series of decisions, including in the Channel Ten and Virgin Airlines administrations.1

In each of those previous decisions, the administrators were seeking to enter into new secured financing arrangements during the course of the administration trading period. Court relief was sought to confirm that the security, when taken, would not vest in the grantor company in administration in light of the wording of section 588FL. Lenders in each of those cases, for the avoidance of doubt and risk, sought to obtain an order from the Court under section 588FM. This is to ensure that the date by which the security was required to be registered, to ensure its validity and enforceability, was not the date of the administrator's appointment (which would, of course, have been impossible to achieve retrospectively) but was a later date ordered by the Court. In those cases, the lenders obtained such orders.2

So why would this be a concern to lenders or suppliers to solvent companies?

Until three months ago, the Courts had not been asked to consider whether the vesting rule might also apply to vest in the corporate grantor a security interest granted after an external administrator's appointment. This includes at a time when the formal restructuring had successfully concluded and the company was no longer in liquidation, administration or subject to a DOCA. A recent court application by asset financier De Lage Landen (DLL) brought into question the risk of the vesting rule also applying post-restructuring.

Having become aware of the line of cases involving financing in external administration, DLL had reviewed its customer portfolio to see whether any of its customers had granted security interests to it after an insolvency appointment. DLL had, it appears, identified three corporate grantors in its lending portfolio which had each been the subject of a previous administration and DOCA. Each of the identified corporate grantors had, following successful completion of the DOCA, resumed solvent trading. After the DOCA had ended, DLL had provided to each of these customers financing facilities and had registered security interests on the PPSR in support of such facilities. As well as seeking a declaration from the Federal Court as to the proper application of section 588FL, DLL sought orders under section 588FM, if required, to validate its security registrations, in essence.

What did the Court find?

What would the impact have been of the vesting rule applying even post-DOCA?

To apply the vesting rule to security granted by successfully restructured companies, her Honour noted, would mean that they were treated differently and disadvantageously from companies which had never been through an external administration. Subject to some limited exceptions, if the vesting rule had been found to apply even to security interests taken after the end of the DOCA or administration, that would have meant that the security interests of the secured parties (including financiers holding AllPAPs and financiers or suppliers holding PMSIs) would have been potentially unenforceable. To remedy the situation, the secured party would have needed to obtain a court order under section 588FM to validate the registration process already undertaken. The need to get court validation of almost every single security interest granted by a corporate grantor that has already successfully exited an administration or DOCA would add significantly to the cost of the financing or supply of goods, and would be an unnecessary millstone around the neck of a previously restructured entity. Her Honour noted in her judgment the unnecessary inconvenience that would ensue if a company that had successfully emerged from an external administration needed to get court relief in order to grant a valid security interest on every occasion.

Financiers and suppliers can breathe a sigh of relief that they do not need to scramble to court to get security interests granted by a previously restructured corporate borrower or guarantor validated.

Separately, the decision has not impacted on the prior court decisions which have validated the security interests relating to funding arrangements entered into by companies in external administration. The need for court validation for those arrangements will need to be considered on a case by case basis and an application under section 588FM brought as required. 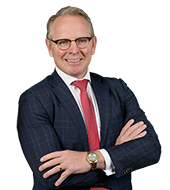