The WTC Claims
In 1966, American Home issued to the Port Authority of New York & New Jersey (the “Port Authority”) an insurance policy for the WTC construction project (the “Policy”). The Policy provided coverage for (i) the Port Authority, as owner of the project; (ii) a predecessor of TTV Realty & Construction Co., Inc. (“TTV”), as the construction manager; (iii) Alcoa Inc. (“Alcoa”), the installer of aluminum curtain walls on the WTC towers; and (iv) Mario & DiBono Plaster Co., Inc. (“M&D”), the installer of fireproofing at the project.

Over the years, numerous claimants have sued the Port Authority, TTV, Alcoa, and M&D alleging that they have sustained bodily injuries arising out of exposures to asbestos during the WTC construction. For over two decades, American Home defended and settled these claims on behalf of the Port Authority, TTV, and Alcoa (collectively, the “policyholders”) (M&D is now defunct) under the Policy. In 2012, however, American Home commenced a coverage action seeking, among other things, a declaration that it no longer had any coverage obligations for WTC asbestos claims.

Trigger of Coverage
Under the Policy, American Home agreed to provide coverage for “personal injury” claims the insureds are legally obligated to pay “in connection with the [WTC construction project].” [1] The Policy further provides coverage for “[p]ersonal injury or property damage which arises out of the premises-operation hazard, during the policy period, anywhere.” [2] “Personal injury” is defined in the Policy as including “without limitation . . . bodily injury, sickness, disease, disability, shock, mental anguish and mental injury.” [3]

The Court disagreed, holding that “it is clear that, contrary to American Home’s arguments, the plain language of the Policy does not require injury during the policy period for coverage to be triggered.” [5] The Court recognized, “[a]s a starting point for any analysis as to what triggers coverage, [it] must look at the applicable policy provisions.” [6] Examining the language of the Policy, the Court explained that “[a]s reflected by the broad grant of coverage, [the policyholders] obtained coverage to protect themselves against liabilities ‘in connection with the construction of the [WTC project]’” and that the Policy did not contain any provisions that required an underlying plaintiff’s personal injury to occur during the policy period in order to trigger coverage. [7] Accordingly, the Court held, “American Home’s theory that a claim is covered only if the underlying plaintiff’s injury arises during the policy period is inconsistent with a plain language reading of the Policy provisions.” [8]

In addition, the Court observed that American Home’s course of performance over multiple decades of defending and settling WTC asbestos claims provided a window into American Home’s understanding of the policy language. [9]

Number of Occurrences and Exhaustion of Per Occurrence Limit of Liability
The Court also rejected American Home’s contentions that all WTC “spray-on fireproofing” claims constitute one “occurrence” under the Policy. Accordingly, the Court held that American Home had not established that its past payments exhausted the $10 million per occurrence limit applicable to the “premises-operations hazard” under the Policy.

The Court recognized that New York applies the “unfortunate-event test” to determine whether a set of claims arises from one or multiple occurrences where a policy does not define “occurrence.” [10] Under this test, New York courts apply a two-part inquiry. First, a court must identify the “operative incident or occasion giving rise to liability.” [11] Second, a court must “analyze the temporal and spatial relationships between the incidents and the extent to which they were part of an undisrupted continuum to determine whether they can, nonetheless, be viewed as a single unfortunate event,” i.e., “a single occurrence.” [12]

Justice Bransten observed that in the mass bodily injury context, New York courts applying the unfortunate-event test “have repeatedly found that multiple claims constitute multiple occurrences,” particularly if “the claimants are exposed at separate times.” [13] Justice Bransten ruled that the same is true in asbestos cases: “In the asbestos context, New York courts have consistently concluded that asbestos claims constitute multiple occurrences because the claimants in such cases, like the claimants here, were invariably exposed to asbestos in different ways, for different periods of time, at different times and locations.” [14]

Turning to the WTC claims, the Court held that the “operative incident” “giving rise to liability . . . is each underlying claimant’s alleged injury.” [15] With respect to the temporal and spatial relationships between the WTC claims, the Court explained that the policyholders have faced claims arising out of asbestos exposures (i) over various time periods, (ii) in different locations (iii) pursuant to different construction contracts, (iv) using at least two different products, (v) which contain different amounts of asbestos, (vi) that were applied using various equipment and applications, and (vii) regarding which the work was interrupted by several work stoppages. [16] In light of these “different events,” the Court held, “it is plain that the WTC [claims arising out of “spray-on fireproofing”] do not constitute a single occurrence.” [17]

Conclusion
The Court’s rulings confirm that despite the aggressive reading of Keasbey that insurers proffer to avoid providing coverage for asbestos claims, such coverage is still available under New York law. The rulings also confirm that a careful reading of the particular insurance policy language at issue is essential. The Court’s significant rulings regarding trigger of coverage, number of occurrences, and the duty to defend each were founded upon the specific terms and provisions that were included in (or absent from) the Policy that American Home issued to the WTC policyholders. Experienced insurance coverage counsel is often needed to assess an insurer’s defense to coverage and to maximize a policyholder’s potential insurance recovery. K&L Gates has represented clients who face asbestos and other long-tail liability claims for over thirty years and maintains a group dedicated to assisting policyholders in assessing and prosecuting insurance coverage claims. 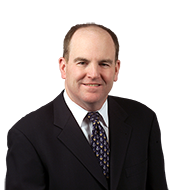 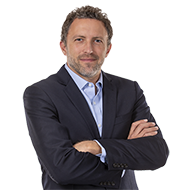 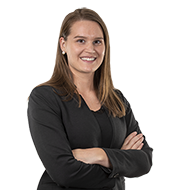