The ongoing Northern California wildfires are already the most destructive in the state’s history. In addition to the tragic loss of dozens of lives, California officials have reported that at least 5,700 structures have been destroyed. The economic impact is enormous, and many businesses, particularly in California’s Wine Country, have suffered major losses. Affected businesses likely may have insurance coverage in place to assist with rebuilding and repair of damaged structures, lost production and business income, extra expenses incurred as a result of the wildfire’s impact, and potentially lost income as a result of damage to suppliers and customer locations, including “attraction properties” that draw business to the area.

It is important that businesses impacted by the wildfires understand their potential insurance rights to maximize an insurance recovery in the event a business makes a claim. The wildfires will give rise to a variety of individualized issues, which will vary depending on each insured business’s particular circumstances. The following checklist provides a general overview of selected issues that may be relevant to such claims.

The most common source of responsive coverage for most businesses is likely to be the first-party coverage insuring the assets of the business. While there are standard insurance industry forms for the coverage, some insurers have issued tailored policies to meet an insured’s particular risk scenarios. Evaluation of specific policy language by reference to relevant law is critical.

Businesses may have first-party coverage that includes the following specific elements:

• “Property damage” coverage for damage or complete destruction of any property resulting from fire or another insured peril that may be classified as “insured property” under the policy, including buildings and other structures, equipment, supplies, and other personal property.

• “Business interruption” coverage, which generally covers the insured’s loss of earnings or revenue resulting from property damage caused by an insured peril but often leads to significant disputes regarding the proper quantification of the insured loss.

• “Contingent business interruption” coverage, which generally covers the insured with respect to losses, including lost earnings or revenue as a result of damage to property of a supplier, customer, or some other business partner or entity — even where the insured’s own property is not itself damaged.

• “Attraction property” coverage, which is a sub-category of contingent business interruption coverage that may apply where an insured business — such as a hotel or restaurant — suffers loss of income as a result of damage to a designated “attraction property,” such as a nearby sports venue, theme park, or convention center.

• “Extra expense” coverage, which generally covers the insured for certain extra expenses incurred by the insured as a result of an insured event — e.g., fire damage to the insured’s property or to a contingent business interruption property — and in order to resume normal operations and mitigate other losses.

• “Ingress and egress” coverage, which generally covers the insured when access to a business premises or location is blocked for a time.

• “Civil authority” coverage, which generally covers the insured for losses arising from an order of a governmental authority that interferes with normal business operations. Similar to contingent business interruption coverage, civil authority coverage may apply even when there is no damage to the insured’s property.

• “Service interruption” coverage, which generally covers the insured for losses related to electric or other power supply interruption.

• “Advance payments” may be expressly required under the terms of a commercial property policy, even if the full extent of the insured loss is still being adjusted by the insurance company. Such advance payments can be important where a business cannot afford a protracted adjustment period.

• “Claim preparation” coverage, which generally covers the insured for the costs associated with compiling and certifying a claim.

In response to insurance claims resulting from the California wildfires, insurers may raise a number of potential limitations or restrictions on coverage for a business’s claims. Here are just a few common issues raised by insurers, particularly when faced with large claims:

• The claim is for losses beyond the allowed recovery period. Policies sometime include provisions specifying that it only covers loss of income and related expenses for a specified period of time after an insured event occurs. If the policy does not define that period, it may be tied to the time it would take your company, employing reasonable mitigation efforts, to resume normal business operations under the circumstances. In view of the magnitude of the California wildfires and the number of properties affected, the length of time it will take to repair property and resume normal business operations may be longer than the length of time had the claim been from an isolated event affecting a single facility.

Most policies include specific provisions for presenting a claim. The manner in which a claim is presented can have a significant impact upon recovery. This cannot be understated. Policyholders should be proactive in assembling an insurance recovery team, including working with accountants and claim professionals as well as insurance coverage counsel. At a minimum, a policyholder should consider the following common policy provisions:

• Notice of Loss. Most policies require the insurer be notified as soon as practicable or within a specified time frame after circumstances that may lead to a claim. Policyholders should seek to notify all potential insurers.

• Proof of Loss. Property policies generally require a sworn proof of loss summarizing the amount and extent of the damage or loss. The insurer may require this proof of loss within a specified timeframe, though it is not uncommon for insurers to agree to extend this deadline. A policyholder should consider requesting a written agreement extending the time for submission of a proof of loss (and potentially other policy conditions) depending on the nature of the loss.

• Suit Limitation. Policies may include “suit limitation” provisions, which provide that an action to recover under a policy is barred if not initiated by a certain timeframe. In some states, these provisions are not enforceable, while in other states, they are enforceable. Therefore, businesses should consult counsel to determine the limitations period that may be applicable to their claim.

Businesses that have suffered losses because of the California wildfires should not overlook the significant financial protection that may be provided through their insurance policies. Businesses should act carefully and proactively to maximize coverage. Experienced insurance coverage counsel is often needed to assess the viability and strength of a policyholder’s claim, in dealing with the insurers’ loss adjusters, and in maximizing the policyholder’s potential insurance recovery. K&L Gates has represented clients in dealing with claims arising from many types of natural disasters and perils, including fires, hurricanes, and floods, as well in other complex insurance claims for over 30 years. The firm maintains a group dedicated to assisting policyholders in assessing and prosecuting insurance coverage claims. 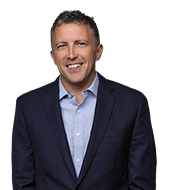