Not Your Average Lessor: The False Claims Act and Treble Damages in Royalty Disputes With the Federal Government

On May 1, 2019, the U.S. Department of Justice (“DOJ”) and the U.S. Attorney’s Office (“USAO”) for the Northern District of Texas announced a $4.375 million civil settlement with a natural gas marketer and three individuals over alleged royalty fraud against the federal government in violation of the False Claims Act (“FCA”).[1] Historically, FCA actions are uncommon in the energy sector, but this marks the second such settlement in the past 18 months. In December 2017, DOJ announced a $2.25 million FCA settlement with a gas producer related to the alleged underpayment of “royalties owed on natural gas produced from federal lands.”[2] Strikingly, the settlements involved states—Texas and Colorado—that are generally viewed as friendly to the oil and gas industry. Against the backdrop of the Trump administration’s efforts to lease more federal lands for oil and gas exploration, these actions may be a harbinger of additional enforcement to come, and energy companies that seize on the opportunities that federal lands offer should be wise to the potential liabilities (including treble damages plus penalties) arising out of a violation of the FCA.

In the most recent action, the USAO for the Northern District of Texas alleged that natural gas marketer B. Charles Rogers Gas Ltd. (“BCR”)—which marketed hydrocarbons for extraction companies operating on land leased from the U.S. Department of the Interior (“DOI”) and the Bureau of Land Management (“BLM”)—and three associated individuals had issued false transaction statements to producers, underreporting “the volume and value” of purchased liquid natural gas.[3] Because lessees are in turn responsible for informing DOI how much is owed in royalties, according to DOJ, this led to the underpayment of royalties by the producers, including royalties due to the federal landowners. Because BCR’s alleged false statements caused an underpayment of royalties owed to the federal government, DOJ was able to leverage the FCA’s treble damages hammer and ultimately obtain a total settlement of $4.375 million.[4]

Though BCR is a marketer, the same theory has been previously directly applied to oil and gas producers. In December 2017, DOJ and the USAO for the District of Colorado entered a settlement with Citation Oil & Gas (“Citation”) in which Citation agreed to pay $2.25 million to settle claims that it violated the FCA by “underpa[ying] royalties owed on natural gas produced from federal lands” in Wyoming by taking improper deductions.[5] More specifically, DOJ alleged that Citation “knowingly deducted[,] from royalty values[,] fees paid to other companies that included the cost of placing the gas in marketable condition”[6] despite such costs being specifically excluded from allowable royalty deductions in the federal leasing program.

Oil and gas companies are no strangers to royalty and lease disputes, but when the lessee is the federal government, what starts as a royalty dispute involving simple compensatory damages can quickly morph into an enforcement action pursuant to the FCA, introducing the possibility of treble damages plus approximately $11,000 to $22,000 in per-claim penalties (which can add up quickly depending on how a court defines a “claim”).

Notably, as demonstrated in the BCR settlement, the FCA includes “causing” another to make a false claim (or reverse false claim) and so the payment need not be direct. Accordingly, companies cannot assume they do not have any FCA risk simply because they make no direct payments to the federal government. In other words, liability could conceivably trickle down to companies engaged in joint operating agreements.

Historically, this has been a relatively minor concern, as FCA claims are not common in the oil and gas industry.[7] In recent years, however, the Trump administration has actively pursued efforts to lease out additional federal lands for development, resulting in the DOI setting an all-time record for oil and gas lease sales generating more than $1.1 billion in revenue in 2018.[8] This expanding opportunity comes with expanded risk as more and more lease and royalty payments are directed towards federal coffers and more and more payors are subject to potential FCA liability. The risk is particularly significant for companies operating in or buying from Wyoming, New Mexico, Colorado, Utah, Montana, and Alaska, each of which has more than one million federally owned acres currently under lease (Wyoming tops the list with more than eight million).[9] All told, 32 states had some federally owned lands under lease on the last day of FY2018, so risk exists even outside of these states.

As such, the oil and gas industry should continue to monitor the federal government’s use of the FCA as an enforcement tool in this area and may wish to conduct a risk assessment of its own operations to ensure its payment programs are accurate and determine what, if any, of its payments are ultimately directed towards the federal government to fully understand the level of risk.

[7] They are not, however, unknown. From 2009–2012, 13 oil and gas companies paid a total of $146.7 million in settlements to resolve FCA allegations that “the companies knowingly underpaid royalties for gas extracted from federal and Indian lands.” U.S. Dep’t of Justice, Fact Sheet Significant False Claims Act Settlements & Judgments Fiscal Years 2009–2016 (2017), https://www.justice.gov/opa/press-release/file/918366/download. 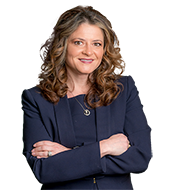 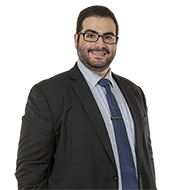