On December 18, 2015, President Obama signed into law the Protecting Americans from Tax Hikes Act of 2015 (the “PATH Act”).  Among its numerous revisions to federal tax law, the PATH Act significantly amended various provisions of the Foreign Investment in Real Property Tax Act of 1980 (“FIRPTA”).  FIRPTA generally imposes U.S. federal income tax on dispositions of U.S. real property interests (“USRPI,” described below) by non-U.S. persons and generally requires that transferees withhold and pay over to the Internal Revenue Service (the “IRS”) a portion of the gross proceeds of such disposition.

Although the PATH Act increases the FIRPTA withholding rate from 10 percent to 15 percent of gross proceeds from most dispositions of USRPI by non-U.S. persons, it also creates a general exemption from FIRPTA tax and withholding for “qualified foreign pension funds,” broadens certain exemptions for investors in publicly-traded real estate investment trusts (“REITs”) and registered investment companies (“RICs”), and provides for other amendments that otherwise benefit the real estate investor community.

FIRPTA, generally
Under prior law as well as the law as amended by the PATH Act, a non-U.S. person’s disposition of a USRPI is generally subject to U.S. federal income tax at the generally applicable graduated tax rates applicable to similarly situated U.S. persons, and the transferee of such USRPI is generally required to withhold a portion of the gross proceeds of such disposition and pay that amount to the IRS.  For this purpose, any interest in U.S. real property, including fee ownership, leaseholds, mineral rights, and similar interests, is a USRPI.  Stock issued by U.S. real property holding corporations (“USRPHCs”), [1] which may include some REITs and RICs, is also treated as USRPI.  Exceptions to the FIRPTA tax and withholding under prior law were available when the transferor was not a foreign person or the subject property was not a USRPI and proper certification of either fact was provided to the transferee and, in some cases, the IRS.  Certain other narrow exceptions were also available under prior law and have not been modified by the PATH Act.

Impact of the PATH Act on FIRPTA
The PATH Act amended several provisions of FIRPTA.  The provisions that are most significant for the U.S. commercial real estate industry are briefly discussed below.

Withholding rate increased from 10 percent to 15 percent of gross proceeds
Under prior law, a transferee was required to withhold 10 percent of the gross proceeds of the disposition of the USRPI at issue.  As a consequence of the PATH Act, a transferee generally must withhold 15 percent of the gross proceeds of any disposition of USRPI that occurs on or after February 16, 2016.  The exceptions to withholding discussed above will continue to apply, and certain new exceptions discussed below may also apply.

The increased rate of withholding may chill some new investment in U.S. real property by non-U.S. persons.  However, certain tax-planning methods available under prior law remain applicable post-PATH Act.  For example, non-U.S. persons may invest in USRPIs through non-U.S. “blocker” corporations and thus avoid FIRPTA tax and withholding by selling interests in the non-U.S. blocker rather than the USRPI.  In addition, FIRPTA withholding may be reduced by requesting a determination from the IRS that a lower amount of withholding is appropriate where the total tax due on such disposition is less than the amount that must be otherwise withheld, i.e., 15 percent of the gross proceeds of the disposition.

Qualified foreign pension funds not subject to FIRPTA
As of December 18, 2015, “qualified foreign pension funds” and their wholly owned subsidiary entities are no longer subject to FIRPTA tax or withholding with respect to their direct and indirect (through one or more partnerships) dispositions of USRPIs (regardless of when acquired) or distributions received by them from U.S. REITs. [2] This exception constitutes a significant carve-out to the FIRPTA regime and may encourage non-U.S. institutional investment in the U.S. real estate market.

For this purpose, a “qualified foreign pension fund” is any non-U.S. entity or arrangement that: (i) was established to provide retirement or pension benefits to current or former employees (or their designees) in consideration for services rendered, (ii) has no participant or beneficiary with a right to more than 5 percent of its assets or income, (iii) is subject to government regulation and annual information reporting about its beneficiaries to the tax authorities in the country in which it is established or operates, and (iv) under the laws of such country, either (x) contributions to the pension fund that would otherwise be subject to tax are deductible or excluded from the gross income of such entity or taxed at a reduced rate, or (y) taxation of any investment income of the pension fund is deferred or taxed at a reduced rate.

Significant changes to the treatment of REITs and RICs under FIRPTA

We note that the exception for former USRPHCs that dispose of all of their USRPIs continues to apply to any USRPHC that was not a REIT or a RIC during the applicable testing period, which may provide certain tax-planning opportunities.

Clarification of definition of domestically controlled qualified investment entity
Under prior law and the law as amended by the PATH Act, a distribution from a domestically controlled qualified investment entity (“QIE”) to a non-U.S. person is subject to FIRPTA tax and withholding to the extent of any underlying gain attributable to the QIE’s disposition of USRPI.  However, interests issued by a domestically controlled QIE are not themselves USRPI, and a disposition of them is not subject to U.S. federal income tax under FIRPTA.  For this purpose, a QIE is any RIC that is a USRPHC and any REIT.  A QIE is domestically controlled when less than 50 percent (measured by value) of the stock of such entity was held directly or indirectly by foreign persons during the “QIE testing period.”  The QIE testing period is the shortest of: (i) the period beginning June 19, 1980, and ending on the date of the disposition or distribution at issue; (ii) the five years ending on the date of the disposition or distribution at issue; and (iii) the period during which the QIE has existed.

It is often difficult to determine whether a publicly traded QIE is “domestically controlled.”  The PATH Act clarifies the definition of “domestically controlled” in the context of QIEs by specifying that a person will be treated as a U.S. person at all times when the person holds less than 5 percent of a class of stock issued by a QIE the stock of which is regularly traded on an established securities market in the United States.  This exception applies unless the QIE has actual knowledge to the contrary.

As a consequence of this amendment, there is no longer a need for publicly traded QIEs to determine the tax status of those of its shareholders who hold less than 5 percent of its stock by value.  This should constitute a significant cost and time savings for QIEs and may encourage non-U.S. investment in them.

Non-U.S. persons may now hold up to 10 percent of the stock issued by publicly traded REITS before becoming subject to FIRPTA
Under both prior law and the law as amended by the PATH Act, a non-U.S. person is not subject to FIRPTA tax or withholding on a disposition of USRPHC stock if the class of stock disposed of is regularly traded on an established securities market and the non-U.S. person held no more than 5 percent of such stock at all times during the applicable testing period.  The PATH Act retains this rule for USRPHCs in general and increases the threshold percentage from 5 percent to 10 percent solely for dispositions of publicly traded REIT stock that occur on or after December 18, 2015.

In addition, under prior law, distributions from QIEs (which, as discussed above, may include REITs and certain RICs) with respect to its publicly-traded classes of stock were not subject to FIRPTA tax or withholding to the extent made to non-U.S. persons who held no more than 5 percent of the QIE’s stock during the year ending on the date of the distribution.  This rule applied regardless of whether the gain underlying such distribution was attributable to the disposition of USRPIs.  The PATH Act retains this rule for distributions by any RIC and increases the threshold percentage from 5 percent to 10 percent solely for distributions by publicly traded REITs that occur on or after December 18, 2015.

Accordingly, going forward, a non-U.S. person may hold a significantly larger amount of publicly traded stock issued by a publicly traded REIT before becoming subject to U.S. federal income tax as a consequence of the FIRPTA rules.  This should be a significant boon to the REIT industry and the U.S. real estate market generally.

Conclusion
On balance, the PATH Act provides many benefits to the REIT and RIC industry through the simplification of the domestically controlled QIE definition and the significant exceptions from FIRPTA tax and withholding for sales of and distributions in respect of publicly traded stock issued by publicly traded REITs.  In addition, the new exemption for qualified foreign pension funds may significantly increase the investment activity of foreign pension funds in U.S. real estate markets.  Nonetheless, the increased withholding rate may have a chilling effect on direct and indirect investments in U.S. real estate by other non-U.S. persons and withholding agents must ensure that they withhold at the 15 percent rate with respect to dispositions on or after February 16, 2016.  Thus, while the PATH Act provides a wealth of tax-planning opportunities for some non-U.S. persons and U.S. REITs and RICs, non-U.S. persons other than qualified pension funds and investors in publicly traded REITs should carefully consider the PATH Act’s consequences on their U.S. real estate investment activities.

Notes:
[1] A USRPHC is generally any U.S. entity taxed as a corporation that held USRPI in an amount equal to 50% or more of the fair market value of its worldwide real estate, plus its other trade or business assets, at any time during the “applicable testing period.”  The applicable testing period is the shorter of (x) the five years ending on the date of disposition of such stock and (y) the non-U.S. person’s holding period for such stock. 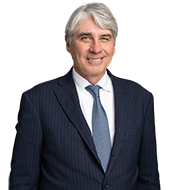 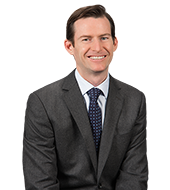