The debate as to whether companies registered to do business in Pennsylvania have consented to general personal jurisdiction continues, and the issue is finally before the Pennsylvania Supreme Court. As we have discussed in prior alerts, the constitutionality of Pennsylvania’s consent-by-registration statutory framework1 has been a hot-button issue since the U.S. Supreme Court’s landmark 2014 decision in Daimler AG v. Bauman, which circumscribed general personal jurisdiction to companies “essentially at home” in the forum state.2

Although the issue was recently considered by the Pennsylvania Superior Court en banc in Murray v. American LaFrance, LLC, the court ultimately sidestepped the issue and held that the jurisdictional question had not been properly preserved on appeal.3 As the result, the Superior Court’s prior decision in Webb-Benjamin, LLC v. International Rug Group, LLC, in which a panel held that Pennsylvania’s statute constitutes consent to general personal jurisdiction, remains the only state court appellate decision addressing the issue.4

Against this backdrop, the Pennsylvania Supreme Court is poised to address this issue following the Superior Court’s recent transfer of the appeal in Mallory v. Norfolk Southern Railway Company, which was previously stayed pending the outcome of Murray.5 In Mallory, the plaintiff sued his former employer alleging that he developed colon cancer as a result of exposure to harmful carcinogens in violation of the Federal Employers’ Liability Act.6 The defendant sought dismissal of the complaint for lack of personal jurisdiction, and the plaintiff countered with the argument that the defendant consented to personal jurisdiction by registering in Pennsylvania as a foreign corporation.7 The trial court, holding that the consent-by-registration statute was unconstitutional under the Due Process Clause of the 14th Amendment, sustained the challenge and dismissed the complaint.8

The Pennsylvania Supreme Court’s handling of cases transferred for erroneous filing is not discretionary.11 Accordingly, this transfer potentially signifies that the “compelling” and “competing” perspectives that went unaddressed in Murray may finally get some resolution.12 Regardless of the outcome, however, if the Pennsylvania Supreme Court decides the issue on the merits, the debate very well may continue to the U.S. Supreme Court for a final determination. 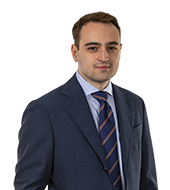