An administrative agency lacks jurisdiction to decide a constitutional challenge that asks it to act contrary to its statutory provisions. See, e.g., Riggin v. Off. of Senate Fair Emp. Pracs., 61 F.3d 1563, 1565 (Fed. Cir. 1995). The question then is: when and where should a party raise such a constitutional challenge? The Federal Circuit recently answered this question in Security People, Inc. v. Iancu, 971 F.3d 1355, 1360–61 (Fed. Cir. 2020)—holding that a constitutional challenge regarding the Patent Trial and Appeal Board’s (PTAB) ability to retroactively invalidate a patent in inter partes review (IPR) proceedings as provided in the statute must be raised immediately following finality of that the IPR decision, not in a separate action under the Administrative Procedures Act (APA).

In Security People, the appellant’s patent was invalidated in a prior IPR proceeding conducted by the PTAB.1 The appellant appealed the PTAB’s decision to the Federal Circuit, raising only the patentability issues that were the subject of the IPR proceeding. The Federal Circuit affirmed. Thereafter, the appellant filed a separate district court action against the USPTO under the APA “seek[ing] a declaratory judgment that the retroactive application of an inter partes review proceeding to cancel claims of its patent violated its constitutional rights, namely its Fifth Amendment due process right.”2 Sec. People, 971 F.3d at 1358. The USPTO successfully moved to dismiss the district court’s action for lack of subject matter jurisdiction given the statutorily exclusive “broad Federal Circuit review” of PTAB decisions, which precluded any such review by a district court.

On appeal, the appellant made two main arguments: (1) because a retroactivity challenge required factual findings and the PTAB was precluded from adjudicating the constitutionality of its retroactively applicable decisions, the facts required to prove retroactivity could only have been presented for the first time, and then impermissibly so, on appeal; and (2) its as-applied constitutional challenge was not yet ripe until the USPTO cancelled its patent claims, which did not happen until after the Federal Circuit affirmed the PTAB’s decision, and that it had to exhaust the non-constitutional claims raised in that appeal before raising its constitutional challenge.

The Federal Circuit rejected both arguments. The court first reiterated its statutory authority to review constitutional questions. Sec. People, 971 F.3d at 1358–59 (citing Elgin v. Dep’t of the Treasury, 567 U.S. 1, 10 (2012)). Then, as to the issue of factual presentation on appeal, the Federal Circuit noted that it had the ability to take judicial notice of facts relevant to a constitutional question in an appeal from the PTAB. Id. at 1360.

The court then pointed to the fact-finding authority of the PTAB, “allowing it to resolve disputed factual questions, even if it cannot decide the legal question for which those factual questions are relevant.” Id. The import of both judicial notice and the PTAB’s fact-finding authority was that the appellant had avenues of mustering facts sufficient to support its constitutional challenge during the PTAB decision and original appeal therefrom.

As to the second argument, the Federal Circuit explained that appellant’s assertion “misapprehends the law defining when an agency action becomes final for judicial review.” Id. at 1360–61. As the court noted, “[t]he core question [of the finality of agency action] is whether the agency has completed its decision making process, and whether the result of that process is one that will directly affect the parties.” Id. at 1361 (quoting Franklin v. Massachusetts, 505 U.S. 788, 797 (1992)). The Federal Circuit concluded that the final written decision of the PTAB occasioning the original appeal was the action “that will directly affect the parties.” Id.

It is unclear if the appellant in Security People truly believed at the time that a constitutional challenge of the PTAB’s decision was not available to it during the first appeal.3 Notwithstanding, the appellant could have included that challenge in the original appeal along with all of the patent-related issues actually raised. At worst, if appellant had been correct, the constitutional challenge would have been rejected, with the remainder of the appeal having proceeded. The takeaway, then, is that litigants seeking to appeal from adverse agency decisions should endeavor to raise all good faith bases for challenging such decisions in an appeal of first instance. A subsidiary lesson is that, even before the court or agency of original impression, it is never too early to consider preserving issues and evidence for any potential appeal.

1 The PTAB is a tribunal created by statute within the United States Patent and Trademark Office (USPTO).
2 A PTAB decision in an IPR invalidating the claims of a patent does so ab initio, i.e., as if the patent never existed.
3 Of course, if the constitutional challenge to the PTAB’s decision in Security People was an afterthought, the lesson to be learned is that strategic thinking in litigation is best undertaken prospectively. 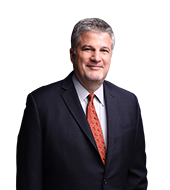