Recent Development in Expert Evidence: The English Court Provides Guidance on Experts' Conflicts of Interests and Highlights the Potential Pitfalls in the use of Financial Damages Models

This alert considers two recent English court judgments providing important guidance impacting expert evidence, first as regards conflicts of interest and, second, as regards the risks of an award being challenged for serious irregularity upon a misapplication by the tribunal of a model agreed between quantum experts for assessing damages.

FIRST CASE: COURT OF APPEAL RULES ON CONFLICTS OF INTEREST FOR EXPERTS

The first case we consider is the important decision of the English Court of Appeal in (1) Secretariat Consulting Pte Ltd, (2) Secretariat International UK Ltd, (3) Secretariat Advisors LLC v A Company [2021] EWCA Civ 6. In this case, the Court of Appeal ruled that Secretariat, an international expert services practice, breached a contractual duty to avoid conflicts of interest when it accepted appointments from different parties in related arbitrations. The issues in the case were novel: this was the first time the Court of Appeal had considered (i) the duties owed by an expert engaged on two potentially conflicting retainers concurrently, and (ii) whether such duties bound all relevant entities within the expert firm.

The Facts of the Case

Secretariat Consulting, which is part of an international organization providing expert witness services for litigation and arbitration, had been instructed to provide services to A Company in relation to delay claims in an arbitration relating to a construction project. Subsequently another company in its worldwide group, Secretariat International, was instructed to provide quantum services in a different arbitration arising from the same project where A Company was the adversary.

The judge in the Technology and Construction Court (TCC) had held that Secretariat Consulting, owed its client, A Company, a fiduciary duty of loyalty. According to the judge, this meant that another company in the same group, could not provide similar expert services to a third party in a claim against the same client arising out of the same project. This appeared to be the first reported English court decision in which an expert had been found to owe a fiduciary duty to its client.

The Court of Appeal Judgment

Although the Court of Appeal upheld the injunction granted by the TCC, it did so on different grounds. The majority held that no fiduciary duty was owed to A Company by either Secretariat company. Lord Justice Coulson, giving the leading judgment, held that there was no need to find a fiduciary duty, noting that the term was “freighted with a good deal of legal baggage” and that such a finding may have “many unseen ramifications.” The court concluded that there was a contract between the parties with an express clause dealing with conflicts of interest and that the “more nebulous” concept of fiduciary duty would not enhance the obligations arising from that clause.

Lord Justice Coulson noted that the entities of the Secretariat group all market themselves under the single brand Secretariat and that the firm “markets itself as one global firm, with numerous regional offices...[not as] a variety of different companies who were free to act as if they were unconnected.” The court found the high degree of overlap in this case (the overlap of parties, roles, project, and subject matter) meant that there was a conflict of interest.

The decision has potentially far-reaching consequences for the way that expert services firms organize and market themselves and for their terms of engagement with clients. A conflict of interest undertaking in one company’s retainer may extend to a group and, as such, consideration of any potential conflicts should be extended to the wider group. Further, it is very important that expert firms consider any overlaps in previous and potential new instructions. This is consistent with the expectations upon experts reflected in the IBA Rules on the Taking of Evidence in International Arbitration (Article 5), which require party-appointed experts to assess and confirm their independence from the parties, their legal advisors, and the arbitral tribunal. Further, many will welcome the Court of Appeal’s dismissal of the notion of a testifying expert owing a fiduciary duty to the appointing party, for fear of wider ramifications.

SECOND CASE: THE POTENTIAL PITFALLS IN THE USE OF DAMAGES MODELS BY TRIBUNALS

The second case we consider in this alert is Doglemor Trade Limited and Others v Caledor Consulting Limited and Others [2020] EWHC 3342 (Comm). The case relates to the increasingly prevalent practice in international arbitration of the tribunal requesting that the quantum experts provide the tribunal with a damages model, enabling the tribunal to input its conclusions into the model to produce a figure for the damages award. In this case, the English High Court allowed a challenge to an award under section 68(2) of the English Arbitration Act 1996, holding that the tribunal’s error of computation in the use of such a damages model constituted a serious irregularity that caused substantial injustice. The case is a rare instance of the court addressing the issue of an admitted mistake in preparing an arbitration award.

Facts of the Case

In 2018, Caledor Consulting Limited (Caledor) began arbitration proceedings against Doglemor seeking damages for breach of a call option deed. Doglemor Trade Limited (Doglemor) admitted repudiation and termination of the call option deed, and the only substantive issue for the arbitration was quantification of Caledor’s loss. The tribunal decided it would calculate damages by calculating the value of the 30 percent shares the parties would be entitled to acquire under the option and deducting the option price.

At the conclusion of the hearing, the tribunal directed the parties to produce an agreed valuation model. The model set out the different stages of the detailed calculation and enabled the tribunal to input its conclusions on various matters and then to derive a value for the 30 percent shareholding.

A final award was issued in January 2020, in which damages were assessed at US$58 million. It was soon realized that the tribunal made a computational error when using the valuation model. It had added a substantial sum, in relation to a tax adjustment, instead of deducting it. Had the tribunal deducted the sum, the damages figure would have been US$4 million (not US$58 million). Doglemor applied to the tribunal asking it to correct its award under Article 27.1 of the LCIA Rules. The tribunal declined to do so, stating that making the correction sought would not give effect to the tribunal’s true intentions of awarding substantial damages to Caledor. The tribunal did admit its mistake in the computation of the valuation of the shareholding as part of its final award.

Doglemor made an application to the court claiming that the error in the award constituted a serious irregularity falling within section 68 of the Arbitration Act 1996 (the AA 1996), and in particular s.68(2)(i) which refers to “any irregularity in the conduct of the proceedings or in the award which is admitted by the tribunal.” The court held that the tribunal’s error constituted a serious irregularity that had caused substantial injustice to Doglemor. The court decided that the award should be remitted to the tribunal for reconsideration but only on those parts of the award that were affected by the admitted mistake. With regards to the tribunal’s Article 27 application response, whilst the court held that the response was admissible as evidence of the mistake for the purpose of s.68(2)(i), the tribunal’s response had no legal status under the AA 1996 or the LCIA Rules. The response did not form part of the award or the reasons, had no binding status, and could not be used to contradict the award.

There is little authority on s.68(2)(i) of the AA 1996 in respect of an irregularity in the award admitted by the tribunal, and so this case provides useful guidance on the court’s approach. Indeed, the judge determined that the tribunal’s admission of the computational error in this case is precisely the type of scenario listed in section 68(2)(i) as a serious irregularity. The judge made clear that this type of case does not need to involve any deficiency in the due process conduct of the arbitration.

This case provides a useful demonstration of the potential pitfalls in using complex models for calculating damages, a practice which is increasingly common. It is important that models, in as far as possible, do not permit incorrect entries and that appropriate guidance is provided by the quantum experts to the tribunal in applying their conclusions and using the model to produce the final damages award so as to minimize the risk of any mistakes in application of the model. 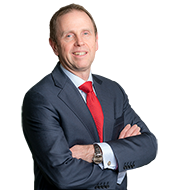 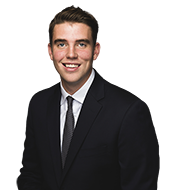