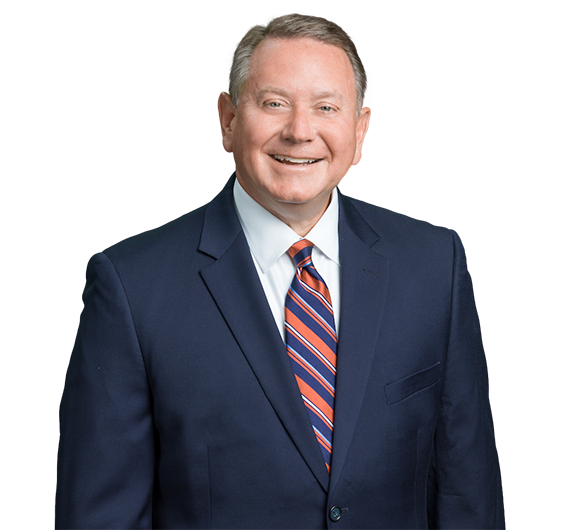 Prior to joining the firm, Bobby served as the 47th United States Attorney for the Eastern District of North Carolina. Presidentially appointed and unanimously confirmed by the United States Senate, he served from 2017 until 2021 as the chief federal law enforcement officer for the eastern half of North Carolina. During his tenure as United States Attorney, the office handled numerous high-profile matters involving national security, cybercrime, public corruption, financial fraud as well as a heavy docket of violent crime and drug offenses. The office also maintained a complex docket of civil matters with the United States Government as a litigant. Bobby worked closely with enforcement agencies including the Federal Bureau of Investigation, the Internal Revenue Service, the Department of Health and Human Services, the North Carolina Medicaid Enforcement Division, the Drug Enforcement Administration (criminal, regulatory and diversion) and a range of other federal, state and local enforcement agencies and task forces. Bobby supervised a staff that included nearly 200 Assistant United States Attorneys, Special Assistant United States Attorneys, and support staff. Between 2017 and 2021 Bobby led his office to more than double the number of criminal prosecutions and worked closely with law enforcement to reduce crime rates all across the Eastern District. From 2017 through 2019, Bobby served as a member of the Attorney General’s Advisory Committee which counseled the Attorney General of the United States on matters of policy, procedure, and management. An accomplished trial attorney, Bobby has tried more than 40 cases before juries as a federal prosecutor. These matters have included public corruption offenses, federal campaign finance violations, drug trafficking, money laundering, white collar offenses, bribery, and human trafficking. Twice he was awarded the Department of Justice’s Director’s Award for Superior Performance as an Assistant United States Attorney. He has also received more than 50 commendations from federal, state, and local law enforcement agencies for his role in investigations and prosecutions of all types.