On 16 September 2018, Prime Minister Scott Morrison announced a Royal Commission into the Aged Care Sector to examine the quality of care provided to both senior Australians and young Australians with disabilities in residential and home aged care.

The Royal Commission comes at a difficult time for many providers, who are in the process of assessing and implementing the new Aged Care Quality Standards (one of the largest changes to the industry in a decade), as well as industry pressure following a number of high profile incidents within the Aged Care sector.

Government expenditure in the Aged Care sector has recently reached a record AUD18.6 billion, although many providers consider that, with Australia's aging population, the industry is significantly underfunded and unprepared for growing need for both home and residential care

What Does This Mean for the Aged Care Sector?

The Aged Care sector is not unfamiliar with a Federal inquiry process - since 2009 there have been 10 Federal inquiries into Aged Care leading to various and widespread recommendations for the sector (the largest of which being the implementation of the Living Longer, Living Better reforms in 2013).

However, depending on the scope of the Commission, providers should be prepared for potentially significant ramifications - the current Royal Commission into Misconduct in the Banking, Superannuation and Financial Services Industry is a very real and current example of how far-reaching, wide and public Royal Commissions are.

Whilst the Terms of Reference for the Royal Commission into the Aged Care sector have not been announced, it is expect that the Commission will have a significant impact upon Aged Care providers and will no doubt lead to reforms to the industry.

In addition, providers should be aware that a number of announced reforms for the sector are still in the process of being legislated and/or implemented (including the new Aged Care Quality Standards and the findings of the Aged Care Workforce Taskforce). It is not yet clear whether reforms to the Aged Care sector which have already been announced will be delayed by the Royal Commission process.

What you Need to Consider

Below are some steps you need to consider in preparation of the Royal Commission. What is a Royal Commission?

What will the Royal Commission Investigate?

While the Terms of Reference have yet to be determined, it is expected that the Royal Commission will examine:

The Terms of Reference are expected to be determined following consultation with both the Aged Care sector and the broader community. Those terms may change during the Commission.

Key industry commentators have highlighted in particular the need to consider instances of elder abuse, under staffing, and investment for the long term sustainability of Australia's Aged Care sector.

What Powers Does the Royal Commission Have?

As Royal Commissions are primarily concerned with uncovering the truth, they have broad powers to compel witnesses to give evidence. These include significant coercive powers to:

There are no limits on how many times a person can be called before a Royal Commission to give evidence.

What if the Evidence is Self-Incriminating?

Generally, a person will still be required to provide evidence even if would incriminate them, unless they have been charged with an offence and the incriminating evidence relates to that offence.

What if a Document is Legally Privileged?

What Offences are There?

There are a number of offences for failing to comply with an order made by the Royal Commission. These include:

What can a Royal Commission Find?

A Royal Commission can make a range of recommendations, including those for legislative and policy reforms. It can make adverse findings of fact and refer a person or organisation to a regulatory or prosecuting body. Adverse findings also result in adverse media and reputational damage.

K&L Gates has a team of lawyers experienced in Royal Commission and Inquiry matters who can assist Aged Care providers with any questions or concerns they have in relation to the impending Royal Commission. 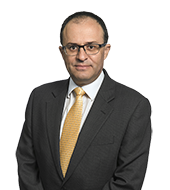 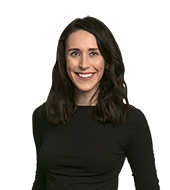