On 2 November 2022, the U.S. Securities and Exchange Commission (SEC) voted 3–2, along party lines, to adopt a final rule and form amendments (together, the Final Rule) that would require additional disclosure on Form N-PX about a registered fund’s proxy votes and require institutional investment managers to report on Form N-PX how they voted proxies regarding certain executive compensation matters (known as “say-on-pay” matters). The Final Rule is available here. The SEC also published a corresponding Fact Sheet, which is available here.

Form N-PX is an annual report on proxy voting records that many registered funds (e.g., mutual funds, exchange-traded funds) have been required to file with the SEC since 2003, pursuant to the Investment Company Act of 1940 and related regulations.

Second, the Final Rule also requires registered funds to categorize their votes under its topic classification system, which prescribes the following 14 broad categories:

Though more categories, as well as subcategories, were previously proposed, they were ultimately not included in the Final Rule.

Third, the Final Rule standardizes the order of disclosure requirements. Additionally, the amended Form N-PX now requires each series of a multi-series trust to present its complete voting record separately from other series.

Fourth, the Final Rule amended Form N-PX to require registered funds to disclose the number of shares that were voted or instructed to be cast, as well as the number of shares loaned but not recalled and, therefore, not used to vote by the fund. Consequently, Form N-PX may prompt registered funds and institutional investment advisers to disclose not only their securities lending practices but also how such lending practices interplay with their proxy voting practices. Specifically, registered funds and institutional investment advisers will now have to weigh the benefits of participating in a securities lending arrangement against the benefits of being able to vote on a proxy matter. Moreover, funds that participate in securities lending arrangements will now have to determine if, or when, loaned securities should be recalled for proxy voting purposes.

The Final Rule also adopts new rule 14Ad-1, which requires institutional investment managers that are required to file reports under Section 13(f) of the Securities Exchange Act of 1934 (the Exchange Act) to report their say-on-pay votes on Form N-PX, which was mandated under Section 951 of the 2010 Dodd-Frank Wall Street Reform and Consumer Protection Act (Dodd-Frank).

New rule 14Ad-1 requires institutional investment managers to report say-on-pay votes on Form N-PX when voting on the approval of executive compensation, including “golden parachute” compensation in connection with a merger or acquisition, among other matters.4 The Final Rule provides a two-part test for determining whether an institutional investment manager “exercised voting power” over a security and must therefore report a say-on-pay vote on Form N-PX:

The Final Rule states that “voting power could exist or be exercised either directly or indirectly by way of a contract, arrangement, understanding, or relationship.”5 Further, the Final Rule states that “multiple parties could both have and exercise voting power over the same securities…even where [an institutional investment manager] is not the sole decision-maker.”6

Republican Commissioner Hester Peirce stated that she supported implementing the Dodd-Frank mandate on say-on-pay reporting but was opposed to the expansion of proxy voting disclosure, recommending its complete elimination instead. She expressed skepticism of the Final Rule’s topic classification system ability to facilitate easier searches and increase comparability, predicting that the suggested “groupings will fail of their purpose because of the unavoidable level of subjectivity involved in classifying each voting topic.”12 She stated that funds will not only “incur categorization costs and categorization anxiety” but will ultimately decide to “err on the side of caution and take the ‘all of the above’ approach” when it comes to categorization, in order to avoid “being second-guessed by Exams, Enforcement, and third parties.”13

Commissioner Mark Uyeda expressed concern that new rule 14Ad-1 could “prompt funds to recall their securities, despite the additive returns, to look ‘more responsible’ on their Form N-PX disclosures” or lead to an increase in “private litigation…for forgoing extra returns.”14

Commissioners Peirce and Uyeda also commented on the high costs to implement the Final Rule, asking if such costs were justified, especially when it did not seem that investors would benefit from, or even wanted, such disclosures. Commissioner Uyeda noted that the Final Rule did not provide any exemptions for small institutional investment managers despite the fact that “as of December 31, 2021, the [SEC] estimates that over half of [institutional investment managers] exercise investment discretion over accounts with $300 million or less in 13(f) securities, representing only 1% of the overall value of 13(f) positions reported.”15

More broadly speaking, Chair Gensler will continue to focus on implementing his ambitious regulatory agenda for the SEC, including the promulgation of final rules regarding environmental, social, and governance disclosures and digital assets, which has not been without controversy. Notably, Commissioner Uyeda included in his statements on the Final Rule more general criticisms of Chair Gensler’s rule-making processes. For example, Commissioner Uyeda stated that he was “disappointed by the lack of a detailed comment summary” that came about due to the “rush to approve this rulemaking (sic).” He noted that “this also happened with the broker-dealer recordkeeping rule amendments a couple weeks ago” when he was provided “minimal detail on the comments received [that] did not even identify commenters by name.” Commissioner Uyeda stated that such a rushed process “did not respect the important contributions of the…commenters, who had taken time and resources to contribute their perspectives.” He asked: “If we are not willing to prepare a detailed comment summary for this rulemaking, then what does it mean for other rulemakings, such as climate disclosure and fund names[,] that have far larger numbers of public comments?”

The results of the midterm elections could have a significant impact on the future efficacy of Chair Gensler’s regulatory agenda, as indicated by recent statements of many Republican Members of Congress. K&L Gates’ Public Policy and Law professionals are ready to assist stakeholders as they engage in this critical policy dialogue. 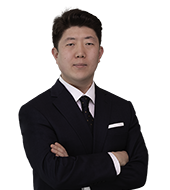 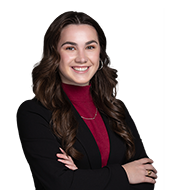