Introduction
The U.S. District Court for the Eastern District of Pennsylvania recently issued a decision that permitted a frequent visiting nonspouse to maintain a “take-home” exposure claim under New Jersey law. Although the Court was careful to define the narrow circumstances permitting such a case to survive a motion to dismiss, the Court’s decision may be used by creative claimants to expand “take-home” liability.

In Schwartz v. Accuratus Corp., [1] Plaintiffs Brenda Schwartz (“Brenda”) and her husband Paul Schwartz (“Paul”) sued Accuratus Corp. (“Accuratus”), a ceramics company where Paul worked in the late 1970s for Brenda’s injuries caused by beryllium exposure. Paul and Brenda married in 1980, after Paul’s work at Accuratus. Although Brenda never personally worked with or around beryllium, and never worked at Accuratus, Brenda allegedly developed chronic beryllium disease from contact with Paul and then his roommate, Gregory Altemose (“Altemose”), both of which were alleged to have “taken home” beryllium used in manufacturing processes at Accuratus. Paul and Altemose did not—nor were they instructed to—change out of their work gear before leaving the Accuratus premises and Brenda, who frequently visited their apartment and spent overnights there, cleaned their apartment and work clothing that was alleged to be contaminated with beryllium.

The District Court initially dismissed the negligence claim against Accuratus, holding that Accuratus’s liability under New Jersey law for take-home exposure did not extend to Brenda because she was merely a roommate and girlfriend of an Accuratus employee rather than a spouse. [2] Plaintiffs appealed and the Third Circuit certified to the New Jersey Supreme Court [3] the question of whether New Jersey state law limits take-home exposure liability to spouses pursuant to its opinion in Olivo v. Owens–Illinois, Inc. [4] In short, the New Jersey Supreme Court held a landowner’s duty of care may, in proper circumstances, extend beyond a spouse of a worker exposed to the toxin. [5] Consequently, the Third Circuit vacated the District Court’s decision and remanded the case for further proceedings consistent with the guidance provided by the New Jersey Supreme Court. [6] In light of that guidance and absent a categorical bar to Brenda’s claim as a nonspouse, the District Court recently denied Accuratus’s motion to dismiss.

Analysis
When the District Court revisited Accuratus’ motion to dismiss, it reiterated the “paramount importance of foreseeability” in analyzing whether a duty of care exists. [7] Although the New Jersey Supreme Court refused to endorse a categorical limit on the scope of duty in take-home exposure cases, it offered three important factors that a court should consider in cases.: (1) relationship of the parties; (2) opportunity for exposure to the substance at issue and the nature of the exposure that causes the risk of injury; and (3) employer’s knowledge of the dangerousness of exposure at the time of the exposure. [8]

Conclusion
The decision in Schwartz v. Accuratus Corp. serves as a warning that given the right set of circumstances and relationships, take-home liability cases by a nonspouse may survive a motion to dismiss. However, the New Jersey Supreme Court and the U.S. District Court for the Eastern District of Pennsylvania carefully noted that take-home liability is not limitless. Indeed, the New Jersey Supreme Court expressly instructed that the outcome of each case is extremely fact sensitive, and the District Court cautioned that it may reach a different conclusion at the summary judgment stage. [13] Schwartz did not create a bright-line rule as to “who’s in and who’s out” in a negligence-based take-home exposure liability cause of action, but identified certain factors that may help a take-home exposure case proceed to the discovery phase, if not further. 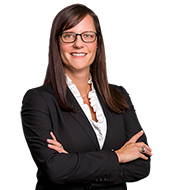