Law Updates
On September 3, 2016, the Standing Committee of the National People’s Congress (“NPC”) adopted the Decision of the Standing Committee of the NPC on Revising Four Laws, Including the Law of the People’s Republic of China on Wholly Foreign-Owned Enterprises (“Decision”), which will come into effect October 1, 2016. The Decision focuses on the filing requirement for the establishment of and changes to foreign-investment enterprises (“FIE”), changing the previous “approval filing” to “record filing.”

On the same day, the Ministry of Commerce (“MOFCOM”) issued the Interim Measures for Record-Filing Administration for Establishment of and Changes to Foreign-Investment Enterprises (Draft for Public Comment) (“Record-Filing Draft”) and intends to implement such measures together with the Decision as of October 1, 2016.

Background
Before being amended by the Decision, the four foreign investment laws (i.e., the Wholly Foreign-Owned Enterprise Law, the Sino-Foreign Equity Joint Venture Enterprise Law, the Sino-Foreign Cooperative Joint Venture Enterprise Law and the Law on the Protection of Investment of Taiwan Compatriots) provided that material corporate matters such as the incorporation of an FIE, change of equity ownership, change of business scope, consolidation and split, and extension of business term should fall within the jurisdiction of MOFCOM and trigger an approval filing, under which MOFCOM generally performs a substantial review of application documents in relation to the establishment of or changes  to a corporation.

China applies a three-tier classification regulatory system on foreign investments (i.e., prohibited, restricted and permitted). From 2013 to 2014, China established four free trade zones—Shanghai, Guangdong, Tianjin and Fujian—where foreign companies are permitted to establish FIEs as long as the business of the FIE does not fall within the scope of the negative list (“Negative List”), which specifies the sectors in which foreign investors are prohibited or restricted from investing. In places other than free trade zones, the Catalogue for Guidance of Industries for Foreign Investment (“Catalogue”) applies and the scope of the Catalogue is slightly different from that of the Negative List.

The main provisions of the Record-Filing Draft are as follows: 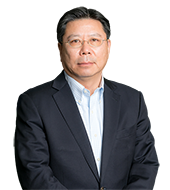