In a rebuke to the U.S. Army Corps of Engineers (“Corps”), the United States Supreme Court unanimously held on May 31, 2016, in Corps v. Hawkes[1] that jurisdictional determinations (“JDs”) under the Clean Water Act are judicially reviewable.  The decision, which resolves a disagreement among the federal Courts of Appeal, opens a viable pathway for private parties across the nation to challenge the federal government’s assertion of Clean Water Act authority over their property and projects.

In the aftermath of the decision, the Corps is likely to face a wave of new litigation from aggrieved parties who have previously been informed by the Corps that particular water bodies are subject to Clean Water Act permitting requirements.  Moving forward, similarly situated parties may face delays when requesting JDs, as the Corps may take a more cautious and careful approach to issuing these decisions or simply decline to issue JDs.

Background
The federal Clean Water Act prohibits the unpermitted discharge of pollutants to the “waters of the United States.”[2]  To determine whether a specific wetland, stream, or water body qualifies as a jurisdictional “water of the United States,” a private party has the option of requesting a JD from the Corps.  In response, Corps personnel can issue either a “positive” JD—which indicates that the water at issue is jurisdictional—or a “negative” JD—which indicates that the water is not jurisdictional.  Under a Corps guidance letter and memorandum of agreement with the U.S. Environmental Protection Agency (“EPA”) (which shares Clean Water Act enforcement authority with the Corps), JDs remain valid and binding on the federal government for five years after issuance.[3]  If the Corps issues a positive JD, the recipient is required to obtain a permit from the Corp before impacting the allegedly jurisdictional water, which can be a costly, time-consuming, and sometimes fruitless process.

As discussed in our prior alert on the Supreme Court’s decision to accept the Hawkes appeal, both the Corps and the federal courts had, until recently, consistently indicated that positive JDs were not subject to judicial review under the Administrative Procedure Act (“APA”).  Rather, if a person wished to contest a positive JD, they had two options: (1) ignore the JD, impact the water, wait for an EPA enforcement action (all while accruing per-day penalties), and then challenge the enforcement action; or (2) apply for a permit and, if denied, challenge the permit denial, after expending irretrievable time and money on the permit application process.  In contrast, at least one federal district court previously found that, unlike aggrieved landowners and project developers, third parties had the right to challenge negative JDs defining Corps jurisdiction more narrowly than they would prefer.[4]

Then, in 2012, the Supreme Court held in Sackett v. EPA[5] that an EPA compliance order directing the petitioners to restore an allegedly jurisdictional water on their property could be challenged in court.  The government had previously contended that these types of pre-enforcement compliance orders, like JDs, did not constitute judicially reviewable “final agency action” under the APA.[6]  Under prevailing Supreme Court precedent, an agency action is considered “final” if it (1) marks the consummation of the agency’s decision-making process and (2) determines rights or obligations or otherwise has legal consequences.[7]  Additionally, for a final agency action to be judicially reviewable, a party must have no other adequate remedy in court.[8]  In Sackett, the Supreme Court determined, over the government’s objection, that EPA compliance orders satisfied these requirements, even though EPA had not yet initiated a formal civil penalty action to enforce the alleged violation.

After Sackett, many wondered if the Supreme Court’s reasoning might similarly extend to JDs, which bear many of the same hallmarks of finality as EPA compliance orders—both types of actions arguably mark the end of an agency decision-making process, have legal consequences, and leave an aggrieved party with no real alternative to initiating a legal challenge.  In 2014, in Belle Co. v. Corps,[9] the Fifth Circuit Court of Appeals rejected this argument, distinguishing Sackett on the basis that a JD, unlike a compliance order, does not have direct legal consequences because it merely notifies the recipient of the jurisdictional status of a particular water body.  But in 2015, the Eighth Circuit Court of Appeals disagreed, finding that a positive JD has legal consequences because, as a practical matter, it requires the recipient to either incur substantial permitting costs, risk enforcement penalties, or forgo the otherwise lawful use of their property.[10]

Shortly thereafter, the Corps filed an appeal of the Eight Circuit’s decision with the Supreme Court.  The Supreme Court accepted the case, Corps v. Hawkes, on December 11, 2015.

The Supreme Court’s Decision in Hawkes
On May 31, 2016, the Supreme Court rendered its decision in Hawkes.  Chief Justice Roberts delivered the opinion of the unanimous Court, affirming the Eight Circuit’s decision that JDs are judicially reviewable under the APA.  The Court’s main opinion began by briefly describing the facts of the case at issue, in which the Corps found that wetlands on a tract of land to be developed by three peat mining companies qualified as “waters of the United States” on the basis of their significant nexus to the Red River of the North, located some 120 miles away.[11]  The Corps did not dispute that the JD in which this determination was made marked the consummation of its decisionmaking process, and the Court agreed.  Critically, the Court also determined that the JD gave rise to “direct and appreciable legal consequences,” which was the key point of disagreement in the Fifth and Eight Circuit decisions discussed above.[12]  The Court’s main opinion noted that, under the Corps guidance letter and memorandum of agreement with the EPA, a negative JD is binding on the Corps and EPA for five years, creating a safe harbor from civil enforcement proceedings.[13]  It follows, the Court explained, that positive JDs have legal consequences as well, because they “represent the denial of the safe harbor that negative JDs afford.”[14]  The Court also dismissed the Corps’ contention that the peat mining companies had adequate alternative remedies to challenging the JD, explaining that the companies should not have to wait for EPA to “drop the hammer” through a massive civil penalty or pursue an “arduous, expensive, and long” permitting process before they could pursue their legal rights before a court of law.[15 ]

Justice Kennedy (joined by Justices Thomas and Alito) issued a brief concurring opinion while joining the Court’s opinion in full.  Justice Kennedy’s concurrence is notable for its admonition that, “based on the Government’s representations in this case, the reach and systemic consequences of the Clean Water Act remain a cause for concern.”[16]  This statement may provide an indication of Justice Kennedy’s thinking regarding the legality of the recently promulgated rule defining the scope of regulated “waters of the United States” under the Clean Water Act (the “WOTUS” rule).  As discussed in a prior alert, the WOTUS rule codifies an expansive view of Clean Water Act jurisdiction based on language from Justice Kennedy’s opinion in a prior case.[17]  The validity of the WOTUS rule could come before the Supreme Court following review by the Sixth Circuit Court of Appeals, and Justice Kennedy’s vote in that potential future case could determine whether the rule stands or falls.

Justice Kagan similarly issued a brief concurring opinion while joining the Court’s opinion in full, writing separately to note the importance of the Corps-EPA memorandum of agreement, which establishes the binding nature of JDs, to the disposition of the case.[18]  Justice Kagan’s concurrence suggests that she (and perhaps other Justices) would have decided the case differently, or would decide a future case differently, if the agencies were to revoke that memorandum.

Finally, Justice Ginsburg offered a concurring opinion in which she joined the Court’s opinion except for its reliance on the Corps-EPA memorandum of agreement.[19]  Justice Ginsburg noted that the agencies, in the course of the litigation at issue, indicated that they do not necessarily treat run-of-the-mill JDs as binding, contrary to the plain language of the memorandum.  Nevertheless, Justice Ginsburg believed that the JD at issue was sufficiently definitive and had an immediate and practical impact on the peat mining companies, satisfying APA requirements for judicial review.

Ramifications
First and foremost, the Supreme Court’s decision in Hawkes provides a more time- and cost-effective avenue for project developers and property owners to challenge positive JDs.  This is a significant development given the substantial legal and technical disagreements that often arise in the course of determining whether marginal streams, wetlands, and other waterbodies are regulated under the Clean Water Act.

Second, in the near term, the Supreme Court’s decision may bog the Corps down in litigation as recently issued JDs are challenged in federal district court.  This could have the effect of diverting scarce resources from the Corps’ core regulatory and permitting operations, potentially slowing the process of obtaining a JD.  Relatedly, the Corps is likely to take a more cautious approach to analyzing, documenting, and issuing JDs in the future, with the knowledge that these decisions must withstand judicial scrutiny.  Alternatively, the Corps may become reticent in issuing JDs, leaving landowners and developers at risk in guessing whether and when such jurisdiction may be invoked through enforcement actions after development activities are commenced.  If substantial delays materialize, more developers may be inclined to skip the optional process of obtaining a JD and instead move forward with their projects based on informal jurisdictional evaluations conducted by their own consultants.

Finally, the Court’s decision could spur new challenges by entities that are determined by federal agencies to fall within the purview of other federal environmental statutes.  The agencies that implement these laws often render determinations regarding the applicability of regulatory requirements that are in key respects similar to JDs, such as “applicability” determinations under the Clean Air Act and “waste” determinations under the Resource Conservation and Recovery Act.  Given the Supreme Court’s reluctance to deny judicial review to parties adversely affected by a Clean Water Act JD, the viability of similar theories under other federal statutes is worth further exploration.

[3] Corps Regulatory Guidance Letter No. 05-02, re: “Expiration of Geographic Jurisdictional Determinations of Waters of the United States,” § 1.a (June 14, 2005); Memorandum of Agreement Between the Department of Army and the Environmental Protection Agency Concerning the Determination of the Geographic Jurisdiction of the Section 404 Program and the Application of the Exemptions under Section 404(f) of the Clean Water Act, § VI.A (Jan. 19, 1989). 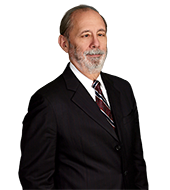