For decades, defendants accused of patent infringement could assert the defense of laches to eliminate damages that accrued before the patent owner sued if the plaintiff’s unreasonable delay in filing suit prejudiced the defendant.  The U.S. Supreme Court, in SCA Hygiene Prods. AB v. First Quality Baby Prods. LLC[1], largely eliminated this long-available defense.  Applying reasoning from the copyright infringement context, the Court explained that the separation of powers prevents a judicial construct from overriding a congressionally set statute of limitations.  With this decision, patent owners will not be penalized for waiting to see whether a defendant’s infringing activity is commercially successful enough to justify litigation.  The Court, however, also emphasized that “the doctrine of equitable estoppel provides protection against … unscrupulous patentees inducing potential targets of infringement suits to invest in the production of arguably infringing products” and then pursuing an infringement claim.

The Supreme Court overturned the Federal Circuit in a 7–1 decision.  In an opinion authored by Justice Alito, the Court held that laches was not an available defense to damages for patent infringement incurred within the Patent Act’s six-year limitations period.[3]  The Court adopted its Petrella reasoning, explaining that both “separation-of-powers principles” and the “traditional role of laches in equity” made it inappropriate for laches to bar legal relief.  Congress expressly determines the timeliness of a claim where it adopts a statute of limitations.  As an equitable defense, ‘[l]aches is a gap-filling doctrine, and where there is a statute of limitations, there is no gap to fill.”  Permitting a court to deny a claim brought within that period based on a defense of laches “would give judges a ‘legislation-overriding’ role that is beyond the Judiciary’s power.”  The Court rejected First Quality’s argument that the six-year damages look-back period set out in Section 286 of the Patent Act is “not a true statute of limitations” as “debatable taxonomy.”  And finally, the Court declined to reach whether the Patent Act codified some form of a laches defense on the ground that, even if it did, the defense could not bar damages incurred within the Patent Act’s limitations period.

The SCA Hygiene decision is the latest in a line of decisions, including Octane Fitness v. ICON Health & Fitness[4] and Halo Electronics v. Pulse Electronics,[5] in which the Supreme Court has eliminated a judicial construction imposed on the Patent Act and has affirmed that patent law is subject to the same “common-law principles, methods of statutory interpretation, and procedural rules” as other intellectual property and civil litigation more generally.

SCA Hygiene’s Implications for Patent Cases and Beyond
SCA Hygiene removes a substantial uncertainty facing patent owners deciding whether to enforce their patent rights.  Because delayed enforcement does not risk loss of the right to recover all pre-suit damages, they are in a stronger position both in litigation and in settlement discussions.  This decreased risk should increase the value of patents and correspondingly benefit patent owners negotiating for the assignment or licensing of those patents.

Nonetheless, patent owners should continue to be proactive in enforcing their rights.  As the Supreme Court expressly cautioned in SCA Hygiene, equitable estoppel remains a viable patent infringement defense and, in the proper circumstances, may bar recovery of damages where the defendant is aware of the patent and relies on a misleading communication from the patent owner.  As a result, a plaintiff’s delay, silence, or mixed signals may, in some instances, estop a damages claim.

Additionally, because the limitations period looks back from the date of filing, for each day the patent owner delays bringing suit, it loses the damages that accrued on that day six years earlier.  If the defendant continues to infringe at the time of filing, the day added at the end of the period may yield lower damages than the one lost at the beginning.  If the defendant has stopped infringing or the patent has expired, that day of damages is lost entirely.

Finally, on its face, the rationale of the SCA Hygiene decision could apply to claims other than for patent infringement.  The Supreme Court’s broad reasoning arguably applies to any claim for which Congress has set a limitations period.  By the same logic, the Court’s separation of powers discussion may apply to state law claims where a state legislature has codified a statute of limitations.  Accordingly, it will be interesting to observe whether plaintiffs attempt to use Petrella and SCA Hygiene to fend off laches defenses in a much broader range of civil litigation. 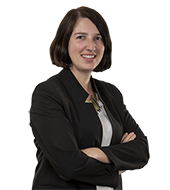