While the rework of the Swiss Rules contains no fundamental changes, there are interesting features from a user’s perspective to cope with recent technological and other developments in international arbitration, as well as an overall desire to streamline arbitration proceedings under the new rules. The services provided by the Swiss Arbitration Centre and its proposed model arbitration clause are accessible via the following website.

Adaptation to Technical Developments and Trends

Based on an increased number of multiparty and multi-contract arbitrations, the 2021 Swiss Rules now contain enhanced rules on cross-claims, joinder of parties, and the intervention of parties (Article 6, 2021 Swiss Rules). This refers to situations where, for example, a respondent asserts a claim against a co-respondent (cross-claim) or against an additional party (joinder) or where an additional party requests to participate in the arbitration by asserting a claim against a party to the pending arbitration (intervention). Prior to the tribunal’s constitution, a separate notice of claim against the targeted party shall be submitted to the Secretariat. Following the arbitral tribunal’s constitution, and upon consultation with the other parties involved, it is for the tribunal to decide on the admissibility of the notice, taking into account all relevant circumstances (Articles 6.2 and 6.3, 2021 Swiss Rules). Also, it is for the tribunal to decide on a third person’s request to participate in the proceedings “in a capacity other than an additional party” and on its modalities (Article 6.4, 2021 Swiss Rules). Finally, the 2021 Swiss Rules now provide an express possibility of submitting a request to consolidate arbitration proceedings to the Court (Art. 7, 2021 Swiss Rules).

In order to secure the integrity of the proceedings, and to avoid risks of jeopardizing the tribunal’s impartiality and independence, the 2021 Swiss Rules include a new rule clarifying that “[p]roof of authority of a representative may be requested at any time. The arbitral tribunal may oppose the appointment of a new representative where this would risk jeopardising the impartiality or independence of the arbitral tribunal” (Article 16.4, 2021 Swiss Rules).

Means of Acceleration of the Proceedings

The 2021 Swiss Rules contain new rules aimed at an acceleration of the proceedings and providing flexibility. In cases where the parties have not agreed upon a procedure for the constitution of the arbitral tribunal in multiparty proceedings, the Court will no longer provide fixed 30-day periods to each party to designate an arbitrator, but can—on consideration of the individual case—“set a time limit for the Claimant and for the Respondent (or group of parties) to each designate an arbitrator” (Article 11.4, 2021 Swiss Rules) allowing for more expeditious appointment of the arbitral tribunal. Once appointed, the tribunal is now obliged to hold a case management conference “as soon as practicable after receiving the file from the Secretariat” (Article 19.2, 2021 Swiss Rules) and the tribunal shall, at the initial conference or promptly thereafter, prepare a procedural timetable and hold further organizational conferences as appropriate to ensure efficient case management (Articles 19.3 and 19.4, 2021 Swiss Rules).

Unless otherwise agreed to by the parties, the 2021 Swiss Rules further entitle the Court to refer the case to a sole arbitrator provided the complexity of the subject matter and the amount in dispute or other circumstances do not justify the case being referred to a three-member tribunal (Article 9.3, 2021 Swiss Rules). Where the amount in dispute does not exceed CHF1 million (approximately US$ 1.1 million at current exchange rates) the default rule is that the dispute shall be decided in expedited proceedings by a sole arbitrator (Articles 19.4 and 42 (et seq.), 2021 Swiss Rules).

While, like the 2012 Swiss Rules, the 2021 Swiss Rules provide for the tribunal’s potential role as settlement facilitator (Article 19.5, 2021 Swiss Rules), the revised rules now expressly encourage the search for alternative ways of resolving the dispute even in parallel to a pending arbitration and set out that at “any time during the arbitration proceedings, the parties may agree to resolve their dispute, or any portion of it, by mediation, including under the Swiss Rules of Mediation, or any other forms of alternative dispute resolution” and that arbitration proceedings will be stayed during such period unless the parties agree otherwise (Article 19.6, 2021 Swiss Rules).

Finally, the schedule of costs has been revised in light of the above-described increased administrative workload of the Secretariat under the 2021 Swiss Rules. At the same time, the fees of the arbitrators have been slightly reduced. The costs and fees can be assessed with the help of a cost calculator accessible on the Swiss Arbitration Centre’s website.

Notwithstanding that the changes to the former “Swiss Rules” are limited in scope, their fine-tuning and modernization undoubtedly enhance flexibility and efficiency. The establishment of the Swiss Arbitration Centre and the reinforcement of its role as an institution by bringing together the competencies and resources of the SCAI and ASA under one roof, and by offering a broad range of services in administering the proceedings, can be expected to further strengthen Switzerland’s position as a leading forum of domestic and international arbitration. 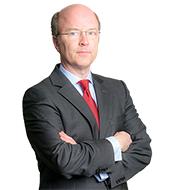