In formal terms, this Energy Security Package is composed of a series of policy and regulatory initiatives of diverse nature and legal effects, which are to be formally approved and implemented in different ways and by different authorities, partly at the European and partly at national or Member State level.

As the largest natural gas importer in the world, the EU relies on imports to meet more than half of its annual natural gas demands.  In recent years, Russia has emerged as the largest natural gas supplier for the EU, followed by Norway with Algeria as a distant third.  Many EU Member States, particularly those in southeastern Europe and the Baltics, depend on a single natural gas supplier.  Therefore, these nations are more vulnerable to supply disruptions, particularly during high demand periods like cold weather during winter.

Diversifying natural gas supplies is especially groundbreaking for Eastern and Southern European nations that historically have depended on a single natural gas provider: Russia’s state-owned Gazprom.  Access to a comprehensive portfolio of gas suppliers around the world, most notably the United States with its impending entrance into the ranks of major LNG exporting nations, strengthens European gas consumers’ negotiating positions with Gazprom, leading to possible incremental changes in the European gas market.  The ability to develop a portfolio of supply options—in a similar way as Asian utilities have done over decades—will give Europeans greater security of supply.  But the EU must develop additional market and physical infrastructure to take advantage of the benefits of LNG imports.

… But Only with Development of Physical and Commercial Infrastructure that Allows All EU Member States Access to the Global Gas Market
The Sustainable Energy Security package recognizes that LNG imports can only support EU Member States to the extent that the Members have both physical and commercial infrastructure to integrate natural gas market across Europe.  The package recognizes that additional pipelines are necessary to further integrate Europe’s physical gas market and proposes additional pipeline investment in Estonia, Romania, Bulgaria, Croatia, Hungary, Lithuania, Poland, France, Spain, and Portugal.  Likewise, the package notes that natural gas storage is not distributed widely across the EU, necessitating pipeline connections between nations with natural gas storage capacity and those without access to storage facilities.

Opportunities and Challenges
Most importantly, the Sustainable Energy Security Package will encourage broader access to the global LNG market.  Broader market access will lead to competition for European gas customers, which should lead to lower gas prices for consumers.  The Baltic States’ experience already demonstrates this pattern.  Lithuania’s Klaipedia LNG import terminal, which began operations in 2014, has encouraged competition among natural gas suppliers for access to Baltic gas customers.  Just this month, two gas market participants signed terminal use agreements to receive Norwegian LNG supplies equivalent to up to 50% of Lithuania’s gas demand for 2016.[5]  Similar infrastructure development across the rest of the EU should encourage similar competition between established market participants and new market entrants alike and should moderate natural gas prices for European gas consumers.

Despite the economic benefits, a number of challenges remain.  First, the program’s success depends on further integrating European natural gas markets and capital-intensive physical infrastructure.  European energy market integration and transparency has proven an elusive goal for more than a decade.  Economic conditions, energy supply options, and environmental factors vary significantly across the EU Member States, limiting the effectiveness of EU-wide policy mandates.  The program’s move toward regional, not EU-wide, energy policymaking is an important step.[6]  Funding infrastructure development is another significant obstacle and will require substantial capital investments.  But in order to harvest the full benefits of participation in the global natural gas market, EU Member States must continue to integrate their energy markets and physical infrastructure.

Second, participation in the global natural gas market means competing for gas supplies with traditional LNG purchasers like Japan and South Korea, as well as with emerging LNG consumers like China and India.  If Asian energy demand increases over the medium and long run, EU Member States could face higher LNG prices, though proximity to U.S. Gulf of Mexico LNG exports should help mitigate against some price spikes in the medium to long term.  In fact, representatives of several Central and Eastern European nations have been advocating aggressively with the White House and Congress in Washington, DC, to liberalize the U.S. regulatory approval process for LNG exports.[7]  It seems reasonable to expect that some EU gas consumers, including several of those engaging in this U.S. debate, might consider marginal natural gas price increases to be a small cost for supply diversity, particularly if their country historically has been held captive to Russian gas supplies.  But participation in the global market means increased exposure to economic and non-economic factors around the world that can affect the price consumers pay for natural gas.

This is one more example of the European Commission addressing an important European issue with a “package”; that is, by simultaneously pushing a series of linked legal instruments dealing with the different and interrelated aspects of the matter. In political terms, this method has proven effective in facilitating the debate as a whole, instead of in fragmented and isolated discussions on each of the measures proposed. However, as each one of the measures needs to follow its own path of approval and effective implementation, there have been cases where “packages” as a whole have been delayed or strongly weakened due to Member State resistance to some of the parts of the package. This should not be the case here, but it may be too early in the process to anticipate the terms of each debate.

[3] Legal texts in full, together with their supporting documents, can be found here: https://ec.europa.eu/energy/en/news/commission-proposes-new-rules-gas-and-heating-and-cooling-strategy. 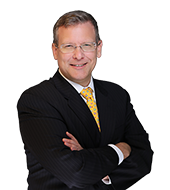