On 3 March 2021, Chancellor Rishi Sunak delivered the UK Budget 2021 (the Budget). Understandably, the Chancellor’s focus was on setting out the road map to the United Kingdom’s economic recovery from COVID-19. The Budget, however, was also an opportunity for the government to unveil spending plans to match its ambitious climate target: to reach net zero by 2050.

Several promising green economy measures were announced, as discussed below.

Some of the most-welcome measures announced were those related to sustainable finance.

The remit of the Bank of England’s Monetary Policy Committee was updated to include a duty to support the government’s net zero ambition - a significant move that should help to align monetary policy with sustainable growth. From its next scheduled round of investments in the fourth quarter of 2021, the Bank of England will adjust its approach to buying corporate bonds to account for the climate impact of the issuers of the bonds it holds.

The Budget also confirms that the government will issue a £15 billion sovereign green bond (green gilt) this summer to help finance the transition to net zero. A green gilt framework is due to be published in June, and it will set out the types of green projects that will qualify for finance. Such gilts should provide a broader array of lower-risk green investments for investors. It was also confirmed that a green retail savings bond will be made available for retail investors this summer, which will allow individual savers the opportunity to buy into the green economy. The funds raised will be invested according to the same rules as the green gilts.

The Budget highlighted that financing investment in infrastructure will be crucial for the “green industrial revolution.” It confirmed the establishment of the first UK infrastructure bank with a sustainability mandate, responding directly to calls from many environmental and business groups. The National Infrastructure Bank, which will be based in Leeds, will invest across the United Kingdom in public and private projects to help tackle climate change. The bank will have an initial capitalisation of £12 billion from the Treasury and is expected to support at least £40 billion of investment in infrastructure projects. The UK Infrastructure Bank - Policy Design document (published alongside the budget) highlights that the bank will be able to invest in sectors such as sustainable fuels, carbon capture usage and storage, and heat efficiency. One of the core objectives of the bank is to “support regional and local economic growth,” which should hopefully drive investment into less-established green industries and local green infrastructure projects.

Further, the Chancellor confirmed that eight English ports are to become freeports: special economic low-tax zones intended to stimulate billions in investment, trade, and jobs—especially in sectors such as renewable energy generation.

Other smaller-scale development funding support was announced, with further funding for the Aberdeen Energy Transition Zone, Global Underwater Hub and the North Sea Transition Deal. The government also confirmed support for offshore wind ports infrastructure. The government will make an offer of support, in principle, to the Able Marine Energy Park on Humberside and sign a memorandum of understanding with the Teesside Offshore Manufacturing Centre on Teesside to support the development of another offshore wind port hub. The investments are part of the Prime Minister’s “Ten Point Plan” that set aside £160 million to invest into modern ports and manufacturing infrastructure in the offshore wind industry. Further investment in offshore wind is welcome; it will create green jobs in the supply chain, including in manufacturing, storage, and installation. Such investment complements the government’s Contracts for Difference renewables support scheme, the fourth round of which (to be held in late 2021) aims to increase the capacity of renewable energy to up to 12GW. These initiatives will advance the United Kingdom’s position as a global leader in offshore wind and ensure that the industry is well positioned to achieve the government’s aim that offshore wind farms will power every home in the United Kingdom by 2030.

The Budget provided support for energy innovation in the form of smaller funds as part of the government’s £1 billion-plus Net Zero Innovation Portfolio. The funds from the portfolio aim to accelerate the commercialisation of low-carbon technologies, systems, and business models in power, buildings, and industry.

The following further support was announced:

The government also committed £375 million for a new “Future Fund: Breakthrough” scheme. The fund will work with the private sector to invest in “high-growth, innovative UK firms,” including those in clean technology that are aiming to raise at least £20 million of funding. It is hoped that the matching of government equity with private-sector venture capital will support the United Kingdom’s transition to a net zero economy.

Overall, it is encouraging to see more emphasis placed on innovation policy, which is complemented by the Budget’s measures on infrastructure investment and visa reforms to attract highly skilled workers.

A new carbon markets working group is to be established, with the aim of positioning the United Kingdom and, specifically, London as the leading global market for high-quality voluntary carbon offsets to reduce carbon emissions. The working group will be led by Dame Clara Furse (a former chief executive of the London Stock Exchange) and aims to draw on the United Kingdom’s financial expertise and entrepreneurship. The working group is an important initiative in the exciting voluntary carbon market, which is expected to grow exponentially.

The Budget confirmed that the freeze on carbon price support rates will be maintained at £18 per tonne of carbon dioxide in 2022–2023, and the government reiterated that it is “committed to carbon pricing as a tool to drive decarbonisation and intends to set out additional proposals for expanding the UK Emissions Trading Scheme (UK ETS) over the course of 2021.” However, few details of the UK ETS—the post-Brexit carbon trading scheme set to begin trading on 19 May 2021—have been published since it was confirmed in the government’s white paper, “Powering Our Net Zero Future." Despite stating in the white paper that it was “open to linking the UK ETS internationally,” the government has yet to confirm any linking partners. This is concerning, as international linkage is seen by many as necessary for the effectiveness of such schemes. If implemented correctly, carbon pricing will be an effective tool to reduce emissions and drive investment into cleaner options, and it is therefore unfortunate that the Budget failed to provide further clarity on the UK ETS.

While the measures outlined above should help both public and private equity flow into green spending, there are considerable concerns that they do not go far enough to achieve net zero. The Chancellor also faced a backlash for confirming that fuel duty will be frozen for the 12th consecutive year, as well as for not restoring the funding for the flagship “Green Home Grant” scheme (a key demand of many green campaign groups). There was also no mention of the electric vehicle infrastructure plan—a notable omission given that it is anticipated to be a key enabler of the net zero strategy. Such policy contradictions and omissions risk undermining the transition to net zero.

Those who anticipated a stronger role for hydrogen in the post-COVID-19 economic recovery may also be disappointed with the Budget’s contents. The UK government had recently outlined the significant role that low-carbon hydrogen will play in achieving net zero, particularly in relation to decarbonising heating and transport. The Budget, however, only provided for one headline hydrogen announcement. It was confirmed that £4.8 million will be made available to support the development of a demonstration hydrogen hub in Holyhead. The hub will pilot the creation of green hydrogen (hydrogen that is generated from renewable resources), which will be used as zero-emission fuel in HGVs. The government had acknowledged in its white paper that, while electric vehicles are well placed to decarbonise the majority of cars and vans, “larger, long haul road freight vehicles remain more problematic.” It is, therefore, promising to see steps being taken toward expanding the use of zero-emission trucks through hydrogen. Nevertheless, the Budget was a missed opportunity for the government to expand on its recent commitments to hydrogen investment. There was no mention of the £240 million “Net Zero Hydrogen Fund” as set out in the “Ten Point Plan,” no money allocated for further hydrogen innovation and no information on further support for hydrogen production or use, for example, through Contracts for Difference. With the government’s Hydrogen Strategy due this year and ahead of its hosting of COP26, the 2021 United Nations Climate Change Conference, it is hoped that the government will provide more substantial policy direction and funding for the industry. 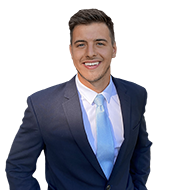