On 5 November, the U.S. Congress reached the summit of a months-long journey securing passage of legacy legislation and a historic investment in our nation’s infrastructure. By a final vote of 228–206, the House of Representatives adopted H.R.3684 the Infrastructure Investment and Jobs Act of 2021 (IIJA), sending the measure to the President’s desk. The effort culminated an arduous three months of negotiations on the Senate-passed bipartisan package and fortified a significant legislative achievement for the Biden administration. With the country still reeling from the ongoing pandemic recovery, the economic burden of rising inflation, and the disruption of a global supply-chain crisis, passage of the IIJA provides not just a bipartisan political victory, but a valuable set of new policy tools for the administration to carry out its economic agenda.

Touted as a historic effort to rebuild America’s roads, bridges and rails, expand access to clean drinking water, ensure every American has access to high-speed internet, tackle the climate crisis, advance environmental justice, and invest in communities that have too often been left behind, the IIJA provides US$550 billion in new spending over five years to:

Coupled with the President’s Build Back Better Act, which continues to be under congressional consideration, these investments are intended to add, on average, around 2 million jobs per year over the course of the decade, while accelerating America’s path to full employment and increasing labor force participation.

As the negotiations and legislative process drift into the rear view mirror, the question becomes, what comes next?

The hard work on IIJA now shifts to the Federal agencies for implementation. Over the next five years, the progress of IIJA programs will develop at varying speeds. The administration will be under enormous pressure to stand up new programs and direct funds to the right places as quickly as possible, but larger programs at the Department of Transportation (DOT), Department of Energy (DOE), Environmental Protection Agency, Department of Interior, and others will likely take more time to develop.

The DOT is expected to rely as much as possible on readily available discretionary grant programs, namely the Port Infrastructure Development Program (PIDP), Rebuilding American Infrastructure with Sustainability and Equity (RAISE), and Infrastructure for Rebuilding America (INFRA). By infusing these previously existing accounts with generous funding, DOT is expected to provide financial stimulus to projects of national importance that can help bolster the U.S. transportation supply-chain and stimulate job growth.

With the White House eager to secure near-term progress on supply-chain deficiencies, the administration has indicated that funding will begin to flow to projects within the first few months of the bill’s enactment. Although these discretionary programs will be somewhat restrained by the norms of the competitive grant process, formula funding to the states and direct stimulus into the Highway Trust Fund could begin almost immediately.

However, some IIJA programs may require additional implementation time. For example, energy provisions supporting the administration’s long-term goals of emissions reduction, including electrification of the transportation sector and deployment of significant hydrogen fueling and energy storage resources, are not expected to be ready for execution immediately. These substantial investments in electric grid infrastructure, vehicle charging and hydrogen fueling stations, and battery recycling and manufacturing will require significant planning and coordination with states, local communities, and the private sector. Additionally, a portion of these newly authorized programs could take months to stand up, given the need to hire additional personnel and develop program parameters and guidelines.

Passage of the IIJA is not only the largest infrastructure investment in U.S. history, but it is also one of the largest shifts in discretionary authority to the Federal agencies. The DOT, under the leadership of Secretary Pete Buttigieg, and the DOE, under Secretary Jennifer Granholm, will be the beneficiaries of billions of dollars in new spending authority and will have significant discretion to determine how those funds go out the door. The departments will welcome the opportunity to guide the direction of tens of billions of dollars to enact their priorities, but challenges with providing sufficient staffing to execute these programs might cause delay.

As lawmakers, industry stakeholders, and the public at-large take a moment to celebrate the hard-fought victories and legislative milestones of a historic investment in our nation’s infrastructure, it will be critical that they don’t lose sight of the next crucial step—implementation. The federal government will be managing the rollout of billions of federal dollars and standing up new programs that touch upon nearly every sector of the economy. The process will be fluid, input will be needed, and now, more than ever, staying engaged will be paramount. The K&L Gates Public Policy and Law team and Energy, Infrastructure and Resources practice are available to assist clients by engaging with the DOT, DOE, and other federal agencies to best position them for funding and financing opportunities and to help shape the implementation process. 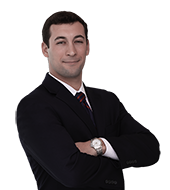 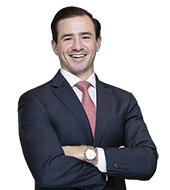