North Carolina Rule of Civil Procedure 41(a) permits a plaintiff to voluntarily dismiss its claims without prejudice any time before resting its case.1 This is in contrast to the Federal Rules of Civil Procedure and the rules of the majority of other states that generally require a plaintiff to file its voluntary dismissal, if any, before the opposing party serves either an answer or a motion for summary judgment, if not earlier.2 North Carolina’s Rule 41(a) is a seemingly simple statement of law that conceals a host of complexities, the most important of which are briefly set out below.

This raises a number of potential questions. For example, may a plaintiff that has raised state law claims in federal court, as opposed to North Carolina state court, take advantage of North Carolina Rule 41(a)’s one-year statute of limitation extension when they re-file?

The answer, as is often the case, is that it depends. A plaintiff’s voluntary dismissal of its North Carolina state law claims in a federal question (i.e., non-diversity) case in federal court does not invoke North Carolina Rule 41(a)’s one-year savings provision. Any applicable statutes of limitations will not be extended beyond the 30 days provided by federal law.10

Generally, with a number of exceptions, only final judgments are subject to appeal. Accordingly, litigants are usually unable to appeal from orders granting or denying summary judgment on some but not all claims in their cases, even where the orders might be demonstrably wrong; instead, the parties must proceed to trial on the remaining claims, obtain a verdict, and only then may they appeal everything. One caveat, however, is the instance where, after the entry of a partial summary judgment order, a plaintiff takes a voluntary dismissal of all of its remaining claims pursuant to Rule 41(a).

When a plaintiff takes a voluntary dismissal of all of its remaining claims after the entry of a partial summary judgment order, the order converts from an interlocutory order to a final order subject to appeal.13 As a now-final order, both the plaintiff and defendant may immediately appeal the order.14

Unsurprisingly, a plaintiff’s ability to “create” immediately appealable orders can lead to a few sticky situations. First, it increases the risk of piecemeal litigation. If the plaintiff in every case chose to take a voluntary dismissal when some but not all of its claims were dismissed in order to litigate an appeal, cases would take even longer to reach trial than they already do. Second, it means that the money and effort the parties have spent preparing for trial have, to some extent, been expended with no final resolution, and the parties will be required to start over, from a judicial and cost perspective, if and when the plaintiff re-files its case. While a plaintiff must pay a defendant’s costs when the case is re-filed, the scope of reimbursable expenses is relatively limited and usually does not include the defendant’s attorneys’ fees or other expenditures a defendant may have incurred.

Third, the one-year time frame in which the plaintiff must re-file its dismissed claims (if it plans to do so) provides a narrow window of time for the parties to complete an appeal. The appellate timeline in North Carolina is not one that can easily be crunched into one year. This means that the plaintiff will likely have to re-file its dismissed claims before its appeal has concluded, potentially rendering that appeal interlocutory and requiring dismissal of the appeal unless and until the newly filed underlying case is resolved.

Unsurprisingly, there remains some uncertainty in the law regarding both the application of Rule 41(a) and the possible ramifications of taking a voluntary dismissal in certain situations.

The most interesting and consequential of these areas of uncertainty arises out of a line of cases suggesting that, when a plaintiff takes a voluntary dismissal more than a year after an adverse ruling, that voluntary dismissal destroys the plaintiff’s ability to appeal the earlier adverse ruling as a “final” judgment. The text of Rule 41 does not explicitly state that a voluntary dismissal taken more than a year after an adverse ruling in the case waives a plaintiff’s ability to appeal that adverse ruling. However, the Court of Appeals’ decisions in Lloyd v. Carnation Co. and Apac-Atlantic, Inc. v. 7 Star Constr. Co. suggest exactly that result, primarily because the court recognized that the one-year period for refiling starts from the date of the adverse ruling, not from the date it becomes final.15 Thus, while the general North Carolina rule is to freely permit plaintiffs to voluntarily dismiss their cases, Lloyd and Apac may impose at least some limits on that right.

In sum, North Carolina’s Rule 41 is a seemingly simple statement of law that hides a host of complexities, headaches, and potential pitfalls for the unwary plaintiff or defendant. Until Rule 41 is revised or the courts clarify the open questions that remain, plaintiffs should be cautious in how they approach utilizing Rule 41, and defendants should consider aggressively evaluating and attacking any potential missteps by plaintiffs who seek to take advantage of the Rule. 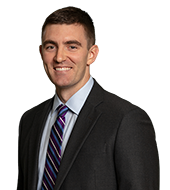