Who Will Be Handling Your Claims Under Berkshire Hathaway’s Latest Retroactive Reinsurance Deals?

In recent years, we have commented on the various retroactive reinsurance transactions that Berkshire Hathaway and its subsidiary, National Indemnity Company (“NICO”), have entered into with ceding insurers regarding coverage for long-tail asbestos and environmental claims, including how those transactions have affected the handling of policyholder claims.[1]  Earlier this year, NICO announced that it had entered into two new retroactive reinsurance transactions – one with various AIG group insurers (the “AIG/NICO Deal”)[2] and the other with the Hartford group insurers (the “Hartford/NICO Deal”).[3]  These two recent transactions differ from many of NICO’s prior retroactive reinsurance deals ─ in which NICO and its affiliated claims-handling entity, Resolute Management Inc. (“Resolute”), had been given claims-handling responsibility ─ in that the recent transactions do not purport to give control of claims handling to NICO (and Resolute).

Despite representations in the press releases from AIG and Hartford announcing these deals[4] that they (and not NICO) will maintain  control of claims handling, a careful reading of the transactional documents for the AIG/NICO Deal and the Hartford/NICO Deal reveals that NICO gained important rights related to claims handling which, if fully exercised, could significantly impact how policyholder claims are handled and resolved (and, ultimately, whether those claims are paid).  This Alert discusses  how policyholders may be impacted by NICO’s exercise of the claims-handling related rights provided to it under the AIG/NICO Deal and the Hartford/NICO Deal.

I. Claims Handling Under the AIG/NICO Deal
As part of the AIG/NICO Deal, AIG agreed to pay a $9.8 billion premium to NICO in exchange for NICO’s agreement to provide reinsurance for “substantially all of AIG’s U.S. commercial long-tail exposures for accident years 2015 and prior, which includes the largest part of AIG’s U.S. casualty exposures during that period.”[5]  Under the deal, AIG retains liability for the first $25 billion of losses and then NICO assumes liability for 80% of the additional losses up to the reinsurance limit of $20 billion.[6]

The consultation rights are such that AIG “is obligated to consult with [NICO] in good faith as soon as reasonably practicable after a triggering estimation of Exposure Value under Section 5.4(a) is made and before any settlement of such claim or set of related claims.”[10]

II. Claims Handling Under the Hartford/NICO Deal
Under the Hartford/NICO Deal, NICO agreed to provide $1.5 billion in reinsurance to Hartford, above Hartford’s then existing net asbestos and environmental reserves of approximately $1.7 billion, for certain of Hartford’s asbestos and environmental liability exposures in exchange for a reinsurance premium of $650 million.[15]

(b) . . .[NICO] shall have the right . . . to associate . . . in the adjustment, litigation, or negotiation of claims. . . .[19]
Further, Hartford must “in good faith take account of [NICO’s] advice and if [Hartford] unreasonably fails to settle a claim upon the advice of [NICO], all expenses incurred after such failure to settle or amounts ultimately paid in excess of the amount recommended by [NICO] shall be excluded from Ultimate Net Loss”[20] (i.e., those amounts paid or payable by Hartford in settlement or satisfaction of Covered Liabilities and for which NICO agrees to reinsure Hartford).[21]

III.  What These Claims-Handling Provisions Mean for Policyholders
NICO’s right to insert itself in the claims-handling process for those claims that are subject to the AIG/NICO Deal and the Hartford/NICO deal is more extensive than the press releases and publications describing these deals make it appear. .  Indeed, the above-cited claims handling provisions of the reinsurance agreements at the heart of these deals reveal that NICO is entitled to involve itself in claims-handling and, ultimately, claims-payment decisions if it so chooses.  Particularly on large-dollar claims, there is little doubt that NICO (and Resolute) will insert themselves into the claims-handling process and payment decisions of AIG and Hartford.  In the past, such involvement by NICO and Resolute has proved troublesome for many policyholders whose claims were the subject of retroactive reinsurance transactions.  Thus, policyholders should understand that claims handlers at AIG and/or Hartford may not be the only persons influencing the handling and outcome of coverage claims that are the subject of the AIG/NICO Deal or the Hartford/NICO Deal.  Indeed, claims personnel at NICO and Resolute may well be involved behind the scenes in AIG’s and Hartford’s claims-handling decisions.  Accordingly, policyholders may wish to consult experienced coverage counsel to assist them in navigating any issues that arise from such involvement.

[7] The note at the top of this document states: “Certain confidential material contained in this document has been omitted pursuant to a request for confidential treatment and has been filed separately with the Securities and Exchange Commission. Each omission has been marked with ‘[Redacted].’”

[16] The note at the top of this document states: “Portions of this agreement have been omitted based upon a request for confidential treatment. This agreement, including the non-public information, has been filed separately with the Securities and Exchange Commission. ‘[****]’ designates portions of this document that have been redacted pursuant to the request for confidential treatment filed with the Securities and Exchange Commission.” 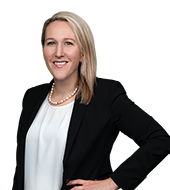