COVID-19: (Australia) Running Your AGM During The COVID-19 Crisis: What Should You Think About?

For listed companies with a financial year ending on 30 June, Annual General Meeting (AGM) season is rapidly approaching. Companies should be thinking about preparing for AGMs in the context of the coronavirus pandemic. With restrictions on large gatherings, border closures and other travel restrictions, venue closures and member concerns about attending large gatherings, this year's AGM may have to be prepared for and run a little differently.

In March and again in May this year, ASIC released guidance for meeting upcoming AGM and financial reporting requirements in light of disruptions caused by the pandemic. The Federal Treasurer has exercised a power under legislation to temporarily amend the Corporations Act to facilitate virtual or hybrid company meetings. The Australian Shareholders' Association have released a formal statement strongly recommending that all companies move to a hybrid AGM format that allows for the AGM to be held at a particular place and allows participation from all shareholders.

Before looking further at these changes, we have set out below an overview of the general requirements in relation to the AGM for listed companies for ease of reference.

Public companies must hold an AGM at least once annually, and within five months after the end of its financial year. For companies with 30 June end of financial years, this means an AGM must be held by 30 November.

Listed companies must provide their members, directors and auditors with at least 28 days' notice of an AGM. This may be done by post, but a member may nominate to receive notice by electronic means.

The notice should set out the place, date and time for the meeting as well as any technology which can be used to attend the meeting.

The notice should also state the general nature of the meeting's business, including any special resolutions to be proposed at the meeting. For listed companies, this includes the resolution on the directors' remuneration report.

How Is This Year Going To Be Different?

ASIC announced on 13 May 2020 that it will extend financial reporting deadlines  and take a 'no action' position for AGM requirements. The exemptions, as set out below, apply to companies with a financial year ending between 21 February and 7 July 2020.
Listed entities have stringent annual reporting obligations under the Corporations Act, but this year ASIC will allow companies more time to lodge reports and complete audits. The following extension of deadlines applies:

Companies who intend to rely on any of these extensions must notify the financial market. The relief will not apply to registered foreign companies.

ASIC has also adopted a 'no action' position in relation to the timing of AGMs. ASIC will not take regulatory action against a company, which does not hold its AGM within five months of its financial year end, provided the AGM is held within seven months after year end.

This position means that ASIC will not take any enforcement action in respect of a breach, although it does not preclude third parties from taking legal action.

Entities which rely on this position and hold their AGM after 6 November 2020 will not be able to rely on the virtual meeting changes introduced by the Treasurer (discussed below).

The Corporations (Coronavirus Economic Response) Determination (No. 1) 2020 (the Determination) allows for company meetings, including AGMs, to be held in a virtual or hybrid (in person and via technology) format. This Determination removes doubt over whether the Corporations Act permits AGMs to be held virtually and allows companies, even those with constitutions which prohibit virtual AGMs, to do so.

Update: An announcement has been made by the Treasurer that the relief is intended to be extended until 21 March 2021.

If a company has already sent out the notice of the AGM, it may provide supplementary instructions for online participation in the meeting. Such instructions must be dispatched at least seven days prior to the meeting date and can be sent by email (for those members who have provided an email address) or by a letter which provides instructions for viewing or downloading the notice and meeting material online.

ASIC has provided guidance on how virtual or hybrid AGMs are to be conducted and has announced it will not take action against companies for holding hybrid or virtual AGMs. ASIC has indicated its no-action position is conditional upon the hybrid or virtual AGM being facilitated and conducted in such a way that gives members a reasonable opportunity to participate. Companies should therefore ensure they provide members with clear instructions on how to use the technology to ask questions and vote during the AGM.

ASIC's guidelines on conducting an effective virtual or hybrid AGM are summarised below:

Companies should plan ahead this year to ensure the AGM process is as smooth as possible and without technical problems. In this regard, some key takeaway points are: 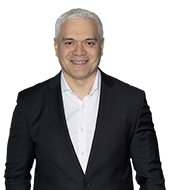 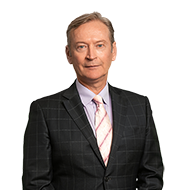 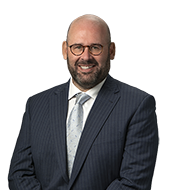 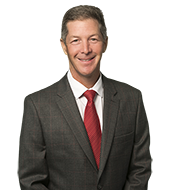