The real estate industry, and particularly the retail sector have been hard hit by the COVID-19 pandemic. Our team here at K&L Gates are keeping clients and contacts informed with some of the latest developments in the real estate sector through our COVID-19 task force.

Just as High Streets around the country open their doors to the public, and there is much publicity about the long queues and potential variance of social distancing measures, the government have announced a voluntary code of practice which is “intended to help and guide all parties to work together to protect viable businesses and encourage a swift recovery.” It has been welcomed by the real estate sector.

The code applies to all commercial tenancies although is likely to be of greater significance for landlords and tenants operating in the retail and hospitality/leisure sectors.

The code is a result of a consultation with a working party, established by the government, and liaison with the property sector. The government consulted the British Property Federation, Revo, the Royal Institute of Chartered Surveyors and the British Retail Consortium, amongst others, to find a code of practice that would be endorsed by the industry as a whole.

Aim of the Code

The aim of the code is to help facilitate transparent discussion between landlords and tenants who, particularly in the retail sector, are facing equal pressures on their finances. Landlords have been banned since March from evicting commercial tenants for non-payment of rent. That was followed in April by a ban on landlords issuing statutory demands or winding up orders. The British Property Federation reported that this could be exploited as a “rent holiday.”

There has also been a suggestion that the protections for tenants, which is now extended to 30 September, could stall talks between retailers and their landlords as the immediate incentive may not be there to negotiate.

The new code has been put in place to provide a framework which encourages both sides of the relationship to be aware of best practice and which encourages a fair and transparent discussion over rental payments. The code specifically states that “It is not the intention of this code to undermine or alter the basis of the legal relationship or existing lease contracts, or override arrangements which have already been put in place.”

The code provides for a rent payment plan to be drawn up which then operates to protect the tenant against forfeiture. The Tenant would need to justify the request for a plan by providing relevant financial information. The code makes it clear that those who can pay the rent should do so and that tenants seeking the concession must provide the financial information to demonstrate why relief from rents is necessary. If an agreement cannot be reached there is a mechanism which provides for a third party mediator to be employed by mutual agreement to “help facilitate negotiations.”

The code advocates for full payment of service and insurance charges and maintains that these should continue to be payable. The code does envisage that costs should be lowered where the lack of full user of the property means running costs are lower than they usually would be. The code also looks at the increased operating costs for COVID-19 compliant buildings, so for example extra costs for complying with extra health and safety legislation, and suggests where possible the service charge costs should be reduced and payments spread over shorter periods.

The code is both voluntary and temporary in nature although the government have suggested that there could be mandatory arrangements at a later stage. Whilst many in the industry have given support for a voluntary code they have indicated that they would not support a mandatory code as it could then undermine the fundamentals of existing contractual agreements and potentially cause greater instability. Banking trade body, UK Finance has also confirmed its continued support for UK landlords and confirmed that lenders will continue to show flexibility to commercial borrowers.

The retail and hospitality sectors continue to face huge challenges, and whilst a voluntary code will never be a fix all solution, it is hoped that it might provide some clarity during this period of disruption caused by the COVID-19 outbreak. 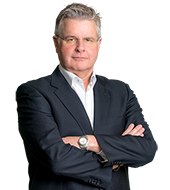 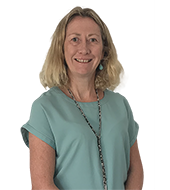