The Coronavirus Aid, Relief, and Economic Security Act (CARES Act) established the Paycheck Protection Program (PPP), a lending program for small businesses pursuant to which up to 100 percent of the principal loan amount is forgivable. While the PPP program has been a boon to business struggling in light of the ongoing pandemic, the SBA has sought to limit access by bankrupt borrowers, eliminating a significant number of otherwise eligible businesses and creating significant legal questions and issues. This Alert discusses certain of those issues relating to the PPP and bankruptcy relief.

Although nothing in the text of the CARES Act itself prohibits debtors in bankruptcy from applying for or receiving PPP funds, Question 1 on the PPP Borrower Application Form (Application Form) promulgated by the Small Business Administration (SBA) asks whether the applicant or any owner of the applicant1 is presently “involved in”2 any bankruptcy. The Application Form further advises that if Question 1 is answered “Yes,” then the “loan will not be approved.”

Challenges to the Bankruptcy Prohibition

For businesses currently in bankruptcy, the inability to acquire PPP funds in the face of the COVID-19 pandemic may impede the business’s ability to reorganize. Following the issuance of the Interim Rules, numerous debtors have sought to challenge the SBA’s position. For example, some debtors have dismissed their Chapter 11 cases in order to procure PPP loans.3 Other debtors4 have sued the SBA over whether the government can lawfully withhold stimulus funds from debtors in Chapter 11 cases. In general, the debtors’ position is that the “SBA’s discrimination based solely on an applicant’s status as a debtor is legally unsupported, arbitrary and capricious, and runs completely counter to the stated purposes of the CARES Act and the PPP,”5 and further, that the SBA’s policy is in violation of 11 U.S.C. § 525(a).6

Section 525(a) of the Bankruptcy Code prohibits discrimination by the government against a debtor based upon its status as a debtor in bankruptcy. Several bankruptcy courts have recently issued rulings based on arguments from debtors that the restriction allows the government to discriminate arbitrarily and capriciously, with mixed results for debtors seeking access to the PPP funds. On 25 April 2020, the U.S. Bankruptcy Court for the Southern District of Texas issued a temporary restraining order allowing a debtor to submit a PPP loan application to any lender with the words “or presently involved in any bankruptcy” stricken from the form and requiring the SBA to “consider the PPP application and fully implement all aspects of the PPP program with respect to [debtor] without any consideration of the involvement of [debtor] or any owner of [debtor] in any bankruptcy.”7 Similarly, the U.S. Bankruptcy Court for the District of New Mexico found that the SBA acted unlawfully and exceeded its jurisdiction and authority by excluding debtors from PPP eligibility and that the SBA’s bankruptcy exclusion is arbitrary and capricious and violates 11 U.S.C. § 525(a).8

Other courts have declined to issue temporary restraining orders against the SBA, including the U.S. Bankruptcy Court for the District of Delaware in the Cosi, Inc. bankruptcy case. In that case, Judge Shannon wrote that he was dismayed with the plight of Cosi and disagreed with the SBA’s decisions to exclude debtors. However, he ultimately concluded that he lacked authority to enjoin the SBA. A bankruptcy judge in the Western District of Kentucky denied a debtor’s emergency motion to require its lender to turn over PPP funds for a loan that was approved, but not funded, prior to the debtor’s bankruptcy filing.9 Further, a bankruptcy judge in the Western District of Texas denied a debtor’s request for a temporary restraining order in the Asteria Education, Inc. bankruptcy case.10 In another case in the Eastern District of Kentucky, the bankruptcy court refused to require the hemp grower debtor’s pre-petition receiver to turn over PPP funds that were funded the day after the petition date.11

Issues for Borrowers that File for Bankruptcy After Receiving PPP Funds

Another set of issues relates to what happens if the applicant files for bankruptcy after receiving PPP funds. While the CARES Act and published PPP guidance is silent regarding the treatment of PPP loans funded prior to a debtor’s bankruptcy filing, the SBA would likely have no practical remedy to prevent the debtor from using those funds (though debtors should still be careful to use the funds appropriately, and in accordance with the regulations and guidelines issued by the SBA). Because PPP loans are unsecured, the debt would likely be treated as a general unsecured claim, subordinated to secured claims and costs of administration of the estate. As a policy consideration, because it is likely that many businesses will be forced into bankruptcy despite the short-term stimulus provided by a PPP loan, it is unfortunate that the SBA has chosen to prohibit debtors from applying for PPP loans directly and inconsistent with the policy justifications for the PPP. If the loan were issued post-petition, the debt would likely be entitled to administrative expense priority. The elevated priority of a post-petition debtor-in-possession loan would make it more likely that the loan would be repaid. It will be important to monitor the treatment of PPP loans in bankruptcy cases going forward and whether the SBA will change its position regarding the eligibility of bankrupt applicants in light of these challenges.

2 There is no guidance regarding the meaning of “involved in,” as used in Question 1 or whether the definition would include any involvement other than being a debtor in a bankruptcy case.

4 This alert discusses several cases as examples but in no means is exhaustive as to all of the actions that have been filed by debtors against the SBA.

6 In pertinent part, § 525(a) provides that “a governmental unit may not deny, revoke, suspend, or refuse to renew a license, permit, charter, franchise, or other similar grant to, condition such a grant to, [or] discriminate with respect to such a grant against . . . a person that is or has been a debtor under this title or a bankrupt or a debtor under the Bankruptcy Act, or another person with whom such bankrupt or debtor has been associated, solely because such bankrupt or debtor is or has been a debtor under this title . . . .” 11 U.S.C. § 525(a). While generally a loan would not be subject to 525(a), arguably the forgivable nature of the PPP loan makes it more of a grant, which would be subject to 525(a).

12 No more than 25 percent of loan proceeds may be used for a nonpayroll purpose. 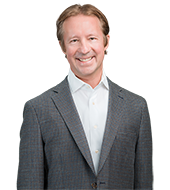 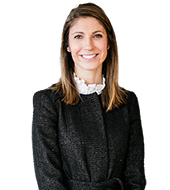