Advances that are secured by U.S. Treasuries & Fully Guaranteed Agencies or securities of government-sponsored enterprises will have an interest rate equal to the Federal Reserve Bank of Boston’s prime rate. All other advances will be charged that primary credit rate plus 100 basis points. As with the Commercial Paper Funding Facility (“CPF Facility”) the Federal Reserve established a few days ago, the Department of the Treasury will provide $10 billion of credit protection through the Treasury’s Exchange Stabilization Fund. For more details on the MMFL Facility, see here for the term sheet.

The MMFL Facility is structured in a very similar manner to the Asset-backed Commercial Paper Money Market Mutual Fund Liquidity Facility the Federal Reserve operated during the financial crisis of 2007–08. However, the MMFL Facility will be able to purchase a wider range of assets.

To further facilitate the efficacy of the MMFL Facility, the Federal Reserve Board, the Office of the Comptroller of the Currency, and the Federal Deposit Insurance Corporation have issued an interim final rule that would “modif[y] the agencies’ capital rules so that financial institutions receive credit for the low risk of their MMFL activities, reflecting the fact that institutions would be taking no credit or market risk in association with such activities.” Specifically, the rule would “exclude non-recourse exposures acquired as part of the [MMFL] from a banking organization’s total leverage exposure, average total consolidated assets, advanced approaches-total risk-weighted assets, and standardized total risk-weighted assets, as applicable.” See here for a copy of the interim final rule. 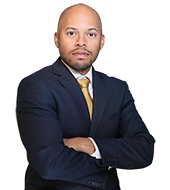