Finally, at long last, it appears that live sporting events are set to emerge from their lengthy hiatus due to the worldwide COVID-19 pandemic. This past weekend NASCAR held The Real Heroes 400 at Darlington Raceway in South Carolina, and in Germany the Bundesliga played a full slate of soccer games in empty stadiums. All of these events were held under closely-controlled safety protocols designed to prevent the spread of infection. Before the Bundesliga matches, for example, players were tested six times, and any intentional player-to-player contact was prohibited (high fives, post-goal hugs, etc.). Even more recently, the governors of California, New York, and Texas have signaled their support for the return of pro sports.

As live sports return to play after a hiatus of more than two months, here are three important legal issues for leagues, teams, and stadium operators to keep in mind:

As players return to the diamond, field, or arena, there may be concerns about them becoming infected with COVID-19 through contact with other players, staff, or training equipment. In order to mitigate the risk of potential litigation from infected players, teams should (1) have a thorough and detailed set of “return to play” protocols, and (2) diligently follow these protocols. Any potential litigation against a team or league would likely allege negligence that resulted in a player’s infection. By carefully following return-to-play protocols, a team or league could have a defense that they took reasonable steps to protect the player’s health.

It’s still unclear when spectators will be allowed back in the stands to watch live sporting events, but teams, leagues, or stadium operators should consider including a disclaimer or waiver of liability on their game tickets. These waivers have been used in other contexts (see foul balls at baseball or the dangers inherent in skiing), and in fact Walt Disney World recently announced that guests to its theme parks would “voluntarily assume all risks associated to exposure to COVID-19.” These waivers should be easy to understand (without convoluted legalese) and noticeable to fans.

In today’s litigious society, including a waiver of liability could help to shield teams, leagues, or stadium operators from potential lawsuits from fans who might contract COVID-19 while cheering on their team.

All sports sponsorship agreements are based on the presumption that the team will play a certain number of games in the stadium or arena, and that the sponsor will be able to receive a certain level of exposure from the sponsorship.

As live sports return, at least initially, to “dark houses,” teams, leagues, and stadium operators should proactively engage with their sponsors to discuss possible “make goods” to account for the changes caused by COVID-19. Many teams have been getting creative at offering sponsor entitlements for activations like past-game “rewinds,” player/coach Q&A sessions over Zoom, or even esports tournaments. By confronting this issue head-on, teams, leagues, and stadium operators can potentially reduce the risk of a later dispute.

A shortened 2020 season will inevitably have an impact on player and coach contracts. Are players owed their full salary, or a pro-rata portion based on games played? Can a league or team force its players to relocate to a central location for an extended period (e.g., several months) in an effort to hold games? All of these issues are complex, difficult to negotiate, and, in some cases, informed by collective bargaining agreements.

Major League Baseball and the Major League Baseball Players Association confronted these issues early and have reached a deal that addresses by salary and service-time issues, which governs when a player is eligible for free agency. Similarly, the NBA and National Basketball Players Association reached an agreement on reductions in player compensation. Major League Soccer and its players association have offered counterproposals about how to address the economic fallout from COVID-19.

Any changes to compensation for coaches and training staff, who are not subject to collective bargaining agreements, would need to be addressed through contractual remedies in the specific agreement. Some teams or leagues have been able to leverage contractual “force majeure” provisions to argue for adjustments to previously agreed-up terms.

The sports law practice group and COVID-19 Task Force will continue to stay abreast of all of these issues as live sports return, and we are available to counsel teams, leagues, and stadium operators through these complex times. 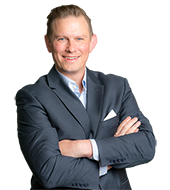