The National Labor Relation Board’s (“NLRB’s” or “Board’s”) standards for determining joint employment are in flux. In Browning-Ferris Industries, [1]  the Obama-era Board overturned three decades of precedent that limited joint employment for labor law purposes to the relatively rare situation where employers mutually exercised active and direct control over employees. Instead, Browning-Ferris held that a joint employment relationship could exist if a company merely reserved the right to control workers, regardless of whether it actually exercised that right. After changing its composition under President Trump, the Board overturned this controversial decision in Hy-Brand Industrial Contractors, Ltd. To the dismay of many in the business community, however, the Board recently vacated Hy-Brand, leaving Browning-Ferris as the law of the land once again.

This alert explains the events leading to where we are today, offers some predictions about future NLRB joint employment standards, and provides suggestions for how employers might respond while these standards remain in limbo.

The Browning-Ferris and Hy-Brand Decisions

In 2015, the Obama-era Board issued its opinion in Browning-Ferris Industries, a controversial opinion that effectively broadened the scope of entities deemed joint employers under the National Labor Relations Act. Under the Browning-Ferris standard, even if two entities never exercised joint control over the essential terms and conditions of employment, and any joint control was not direct and immediate, they could still be joint employers based on: (1) the existence of reserved joint control, (2) indirect control, or (3) control that was limited and routine.

However, fewer than two years later, the newly appointed Trump Board took the first opportunity it was given to overrule Browning-Ferris and reinstate the prior standard. In Hy-Brand Industrial Contractors, Ltd., [4] the Board concluded that an entity is a joint employer only if there is proof that one entity has exercised control over essential employment terms of another entity’s employees (rather than merely having reserved the right to exercise control) and has done so directly and immediately (rather than indirectly) in a manner that is not limited and routine. That is, the Board restored the pre-Browning-Ferris standard. The Board majority concluded that the reinstated standard adheres to the common law and is supported by the National Labor Relations Act policy of promoting stability and predictability in bargaining relationships.

The NLRB Inspector General issued a memo on February 9, 2018, to the Board, advising that Board Member William Emanuel should have recused himself from the Hy-Brand decision because his prior law firm represented a party in Browning-Ferris. The Inspector General found that Emanuel’s participation in Hy-Brand raised a potential conflict of interest because it was a continuation of the deliberations in Browning-Ferris. He concluded that Hy-Brand was in effect a “do over” for the Browning-Ferris parties. In response, on February 26, 2018, the three other Board members vacated Hy-Brand and reinstated Browning-Ferris. On March 9, 2018, Hy-Brand filed a motion requesting the Board reconsider its order vacating the decision. Hy-Brand argued that Emanuel should have participated in both Hy-Brand and the decision to vacate it. The Board has not yet ruled on that motion.

The Board is also likely to revisit the issue once it has a full complement of five members. The Board currently has two Republican-nominated members (Emanuel and Marvin E. Kaplan) and two Democrat-nominated members (Lauren McFerran and Mark Gaston Pearce). President Trump’s nominee for the fifth Board seat, John Ring, is awaiting congressional confirmation. Floor consideration of his nomination is scheduled to take place in the Senate on April 9, 2018. Ring is expected to be confirmed by the Republican-majority Senate. His confirmation would result in a 3-to-2 Republican majority on the Board. However, the Board will need to consider whether Emanuel must be recused from future cases challenging Browning-Ferris.

Given this uncertainty, many in the business community support congressional efforts to reinstate the direct-control joint employment test. The Save Local Business Act (H.R. 3441), currently pending in Congress, is intended to limit the scope of joint employment under the National Labor Relations Act and the Fair Labor Standards Act. The bill would define a joint employer as one who exercises (i) direct, immediate, and actual control over workers, rather than control in a limited and routine manner, and (ii) significant control over essential terms and conditions including hiring, discipline, firing, compensation, benefits, supervision, work schedules, and tasks. Although the bill has passed the House and is supported by many in the business community, it may have difficulties advancing in the Senate due to the strong opposition to the bill from labor organizations.

The Impact of Browning-Ferris and Hy-Brand

For now, the Board’s broader joint employer test applies. Under that standard, an entity’s reservation of rights to exercise control over employees may be sufficient to create joint employer liability, even if the entity does not exercise actual control. Indirect, limited, and routine control may also be sufficient.

If two separate entities are considered joint employers, both entities may be jointly liable for each other’s unfair labor practices and breaches of collective bargaining agreements and both may be required to participate in unfair labor practice proceedings before the NLRB. The NLRB may also require both entities to bargain with any union representing their joint employees. A joint employer may also be subject to unwanted union organizing, campaigning, and economic protest activities.

Potential joint employer liability most commonly impacts contractors and subcontractors, companies retaining temporary or leased employees from a labor contractor or staffing agency, joint venturers, parents and subsidiaries, lessors and lessees, and franchisors and franchisees. As noted by the Board in Hy-Brand, under the broad Browning-Ferris standard, other entities could be considered joint employers in less obvious circumstances including, for example:

Companies should evaluate their contractual relationships, agreements, and policies to confirm whether they raise any concerns regarding unintended joint employment. Since Browning-Ferris remains in effect for now, companies would be well-advised to consider its broader joint employer standard when conducting this evaluation. Companies who amended their contracts in light of Hy-Brand should consider whether further amendment is appropriate in light of the NLRB’s recent flip-flop on this issue.

Companies looking to avoid joint employer liability should consider reviewing their contracts to eliminate or reduce provisions that reserve the right to exercise control over workers. When conducting this review, look for provisions providing that a company:

In some circumstances, it may not be practical to eliminate such provisions entirely. But efforts to minimize such provisions in written agreements will help bolster arguments that a company is not a joint employer.

2. Consider Adding Contractual Provisions That Will Help Mitigate the Risk of Joint Employment

Companies should also consider incorporating additional provisions in their agreements that allocate risks among the parties. For example, robust contractual representations and warranties, particularly coupled with a broad indemnity provision, can be helpful in mitigating risk of exposure to claims by another party’s employees. Representations and warranties can require another party to avoid committing unfair labor practices and otherwise comply with applicable labor and employment laws, implement policies to ensure compliance with applicable law, preserve required personnel records, and maintain licenses and insurance. In addition, an indemnity clause can require another contracting party to pay for any loss or claim attributable to its own acts or omissions, including unfair labor practices, and to provide or pay for the cost of a defense for any such claims.

Companies might also consider including an audit provision in contracts to preserve the right to access personnel and other documents to ensure another party’s compliance with an agreement’s requirements and applicable law. Some contracting parties also include a cooperation clause that requires parties to inform each other of any litigation or claims related to their workers and to cooperate with each other to resolve any such claims.

Companies should evaluate their relationships, and their policies and procedures, to confirm whether they are exercising actual control over workers and whether reasonable measures can be implemented to reduce or delegate this control. It’s not enough to have a well-written contract. Companies must ensure that they follow through with what their contracts say.

When conducting this review, companies should keep in mind that different joint employer tests apply depending on who is examining this issue and for what purposes. For example, variations of the test apply with respect to wage and hour, third-party personal injury, leave of absence, and equal employment opportunity claims.

K&L Gates will continue to monitor and report on this issue as new developments unfold. In the meantime, we recommend that companies with the types of contractual relationships described above consult with counsel to evaluate the structure of their contractual relationships and determine whether amendments to their agreements are necessary to reduce the risk of potential joint employer liability. 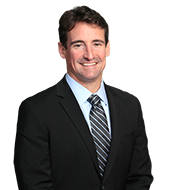