Modernization of Evidence Rules in the New Belgian Civil Code

The approval of Book 8 of the new Belgian Civil Code introduces new rules on evidence. The aim is to clarify and modernize the current rules, as well as to make them more flexible.

We have summarized the most important changes below.

A Broader Application of the Free Evidence Principle

The principle, according to which evidence can be provided by all legal means, which currently already governs business-to-business relations, is extended as follows:

The Evidentiary Value of a Non-Disputed Invoice

The rule stating that an accepted invoice is considered evidence against the enterprise who accepted it is broadened from sale or purchase agreements to all types of agreements between enterprises. The importance of disputing invoices in a timely manner thus becomes all the more important.

The Evidentiary Value of an Enterprises’ Accounts

Whereas the current Civil Code requires bookkeeping to be “regularly kept” in order to serve as evidence between enterprises, this requirement is abandoned by the legislator. All bookkeeping will be able to serve as evidence, even though the question of whether the accounts are regularly kept or not might still influence the value a judge attributes to such accounts.

Proof by Probability and Reversal of the Burden of Proof

In some cases, courts will be allowed to deviate from the strict standard of proof when such standard turns out to be unreasonable.

For instance, in order to prove a negative fact, demonstrating the probability (instead of the certainty) of that fact could be deemed sufficient. Even in the case of positive facts, proof of probability may suffice if the nature of the facts that need to be proven makes it impossible or unreasonable to ask for firm and certain evidence, such as in the case of theft.

As an ultimate remedy in extraordinary circumstances, courts will also be allowed to reverse the burden of proof, for example, when the evidence is believed to be in the hands of a single party and that party refuses to deliver it without valid reasons.

Evidence Between and Against Non-Enterprises

For evidence between and against non-enterprises, the threshold below which free evidence is allowed has been increased from €375 to €3.500. Above this new threshold of €3.500, evidence in writing is required.

Book 8 of the new Belgian Civil Code will enter into force on 1 November 2020.

The new enterprise concept and the extension of the free evidence principle to all enterprises has been applicable since 1 November 2018. 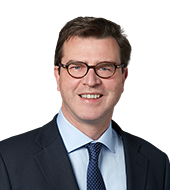 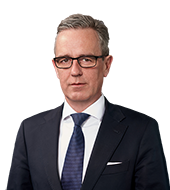