This week, the Department of Justice (DOJ) announced criminal charges against two more decorated researchers from American universities as a result of their allegedly undisclosed participation in Chinese recruitment programs. As is evident from this recent announcement, the global pandemic has not halted the DOJ China Initiative’s focus on so-called soft targets such as professors and students at research institutions.1 As we anticipated last October following charges against University of Kansas Professor Feng Tao, criminal prosecutions at research institutions remain a priority for the DOJ in service of the Trump administration’s foreign policy goals of rooting out Chinese threats to American economic and security interests. Furthermore, these threats have real implications for research institutions as the geopolitical impact of the pandemic further erodes U.S.-Chinese relations.2

In this alert, we follow up on past scholarship by outlining the key themes underlying the government’s latest charges against professors from the University of Arkansas and the Cleveland Clinic and explaining how research institutions can translate these themes into action.

On May 11, 2020, Professor Simon Ang, director of the University of Arkansas’s High Density Electronics Center, was charged with one count of wire fraud.3 The DOJ alleges Ang failed to fully disclose his affiliation with China’s talent programs, including the Thousand Talents Program (TTP). Prosecutors assert that such talent programs are Chinese-government recruitment initiatives designed to entice professors and researchers to work in, and on behalf of, China.4

Specifically, the DOJ contends that Ang failed to inform both the University of Arkansas and the National Aeronautics and Space Administration (NASA) of his relationship with the Chinese government and three Chinese companies.5 As a result, Ang caused the University of Arkansas to submit materially false documentation to NASA and improperly receive approximately $512,904.56 in grant funding from NASA between June 2017 and February 2020.

The DOJ buttresses its charges by highlighting an email exchange between Ang and a visiting researcher from Xidian University in Xi’an, China, in which Ang allegedly states, “Not many people here know I am [a Thousand Talents Schola[r]], but if this leaks out, my job here will be in deep troubles […] Please keep this to yourself as I trust you […] [J]ust tell him to keep quiet about [REDACTED] and my involvement in Xidian. Otherwise, we may be ‘fired’ from our jobs here. After you read this e-mail, please delete for safety sake as any e-mail can be retrieved.”6 Ang also admonished the visiting researcher for including his University of Arkansas email address in an email sent to his personal email account, which Ang maintained the university was not previously aware.7

Dr. Qing Wang, former professor of molecular medicine at the Cleveland Clinic Lerner College of Medicine (Cleveland Clinic), was charged on May 12, 2020 with submitting false claims and committing wire fraud.8 According to the DOJ, Wang and his research group received approximately $3.6 million in National Institute of Health (NIH) grant funding while failing to adequately disclose his position as Dean of the College of Life Sciences and Technology at the Huazhong University of Science and Technology (HUST), and his receipt of research grants received from the National Natural Science Foundation of China to the Cleveland Clinic and NIH.9

According to the DOJ, Wang also accepted a position with China’s TTP in 2008—11 years before his employment at the Cleveland Clinic.10 Through his participation in this program, Wang allegedly received approximately $3 million in research support, travel and lodging expenses in connection with his trips to and from China. The DOJ alleges that these benefits continued through the time that he was receiving grant funding from the NIH.

Despite the difference in the underlying criminal charges, these cases stem from the researchers’ alleged affiliations with the Chinese government through the TTP. As we previously discussed, the TTP has spawned numerous inquiries from the FBI and DOJ, including the arrest of Harvard University’s chemistry and chemical biology department chair, Charles Lieber, earlier this year. Professors and university researchers—and their institutions—continue to attract federal attention, and it is likely that Ang and Wang will not be the last academics to be named in a DOJ press release announcing charges or a criminal resolution based on similar facts. While participation in the TTP does not, in and of itself, violate U.S. law, this line of cases and DOJ’s public statements make clear that enforcement authorities will continue to target failures to disclose affiliations with this program.

Furthermore, these cases demonstrate the breadth of sensitive technologies and intellectual property that the DOJ aims to protect through its China Initiative. Professor Ang served as the director of a research center that conducts a variety of research in the fields of agriculture and engineering,11 and he has specifically focused on technology for the International Space Station and power grid security.12 Dr. Wang, on the other hand, focuses his research on genetics and cardiovascular disease.13 This divergence in areas of focus illustrates that the federal inquiry is not limited to defense-related technologies, but rather any technology with the potential to yield an economic or security advantage for China over the United States.

The DOJ also has demonstrated its intent to continue leveraging the weight of other administrative agencies to apply pressure to universities and academic researchers. As evidenced above, grant-making agencies like the Department of Defense and the NIH have referred instances of non-disclosure to the DOJ for criminal investigation. Moreover, the Department of Education (DOE) is currently investigating universities’ non-disclosure of funding from foreign sources, including sources located in China, Russia, and Iran.14

Despite COVID-19’s impact on the finances and operations at research institutions, these cases demonstrate the continued primacy of the DOJ’s China Initiative across multiple federal agencies. Government scrutiny of the TTP and similar state-sponsored talent recruitment programs will likely continue, and while the specific criminal actions focus on the individual professors themselves, grant-making agencies and the DOJ have not hesitated to involve—and, in some circumstances, charge—the institutions themselves during the course of such investigations.15 Indeed, the case of Qing Wang illustrates the role that a research institution can play in conducting a thorough investigation and reporting its findings to enforcement authorities.

Institutions that employ researchers with ties to China would do well to ensure that their responses to any agency with the power to bring or refer matters for criminal prosecution—be it the DOJ, the DOE, or any federal grant-making agency—accurately document and address the researchers’ potential affiliations with these types of programs. As the theme of Chinese influence in research institutions continues to permeate across the country, an institution’s ability to demonstrate that it does not have its head in the sand becomes all the more important.

Furthermore, it would behoove those universities and research institutions that have not already received a letter of inquiry or subpoena from federal regulators to undertake steps to proactively assess risk and identify potential disclosure gaps to the extent enforcement authorities (or their designees) one day approach the institution with questions. As discussed in our prior publications, auditing researcher disclosures, reviewing past statements to grant-making agencies, enhancing reporting mechanisms, and engaging in training are useful measures to act proactively in the absence of prompting from a government agency. 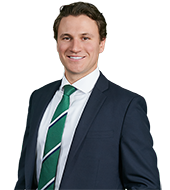