The Revised Manual for Federal Prosecutors

The U.S. Department of Justice (“DOJ”) recently released a comprehensive update and review of the United States Attorneys’ Manual, now called the Justice Manual (the “Manual”). [1] The last substantial overhaul of the Manual was in 1997. [2] The Manual is a Department-wide document applicable to the entire DOJ, not just the U.S. Attorneys. It compiles DOJ policy, procedure, and guidance in one publicly accessible location. The Manual, while not binding, [3] is regularly consulted by DOJ officials when making charging decisions, determining enforcement priorities, and conducting other day-to-day functions. Because the DOJ—with its 93 offices and main office—does not operate as a monolith, the Manual is designed to strike the appropriate balance between global consistency and respecting prosecutorial discretion. In the updated Manual, the DOJ incorporated significant internal policy memoranda not previously included in the United States Attorneys’ Manual, eliminated redundancies, clarified some policies, and updated policies to reflect current law and practice. For instance, the Manual incorporates former Attorney General Jeff Sessions’s 2017 memorandum urging prosecutors to “charge and pursue the most serious, readily provable offense.” [4]

The update also reflects two Trump Administration priorities for the DOJ: (1) reducing the extent to which prosecutorial decisions are perceived to be over-regulation and over- criminalization of traditional regulatory offenses and (2) deterring crime through the implementation of “tough on crime” policies. The DOJ’s fiscal year 2019 budget request reflects these two goals, emphasizing measures to reduce violent drug crime and the Trump Administration’s commitment “to establishing a smaller, leaner federal government that reduces, both, bureaucracy and costs to the American taxpayer.” [5] This Alert analyzes notable updates to the Manual and considers how these may impact the DOJ’s enforcement priorities. [6]

The Trump Administration has made deregulation and the reduction of federal bureaucracy a top priority, [7] which is reflected in two important changes to the Manual. First, the Manual incorporates many of the principles found in the so-called Granston Memorandum. [8] Additionally, the Manual now explicitly discourages “piling on” of fines, penalties, and forfeitures and encourages a consideration of the interests of other enforcement entities when making prosecutorial decisions. In November 2018, the DOJ also incorporated important limitations to the Yates Memorandum. [9] Together, these changes—which are analyzed further below—demonstrate a distinct preference for business-friendly prosecutorial policies that could reduce some of the burden on businesses related to federal enforcement. [10]

• Incorporation of the Granston Memorandum. The Manual incorporates principals of the Granston Memorandum by encouraging federal prosecutors to seek dismissal of meritless qui tam actions. [11] A qui tam False Claims Act (“FCA”) complaint is filed by a private citizen on behalf of the government. The private citizen is generally a whistleblower purporting to have knowledge of past or present fraud against the government. After a qui tam complaint is filed, the government must decide whether or not to intervene in the suit. If the government chooses not to intervene, the qui tam complainant may pursue the claim without the assistance of the DOJ. However, the FCA permits the government in this instance to seek to dismiss qui tam complaints, provided the complainant is given a hearing. [12] These updates to the Manual direct the DOJ to actively seek dismissal of meritless qui tam claims. The Manual states that dismissals of qui tam actions “also provide an important tool to advance the government’s interests, preserve limited resources, and avoid adverse precedent.” [13] Additionally, the Manual, like the Granston Memorandum, includes seven nonexhaustive factors for prosecutors to consider when confronted with whether to seek dismissal of a qui tam complaint:

The presence of one factor could justify seeking the dismissal of a pending qui tam action. [15] Since the previously confidential Granston Memorandum was leaked in early 2018, it remains to be seen whether this new policy will have any measurable impact on the number of qui tam complaints dismissed. However, this new policy could provide a potential method for reducing the costs of defending against a meritless qui tam action. Defendants could use this policy to encourage the government to seek dismissal of a complaint after a nonintervention decision has been issued.

• Discouraging Piling On. The Manual update also formalizes a DOJ policy encouraging federal prosecutors to “remain mindful of their ethical obligation not to use criminal enforcement authority unfairly to extract” duplicative penalties. [16] The policy was initially introduced by Deputy Attorney General Rod Rosenstein at a speech to the New York City Bar White Collar Crime Institute. [17] Companies, especially those operating internationally in heavily regulated areas like banking, are frequently penalized by multiple agencies and jurisdictions without concern for other penalties paid. For instance, as a result of the Libor and Euribor investigations into fraudulent interest rates, four institutions paid over $1 billion each to six different enforcement agencies. [18] “Piling on” has also been frequent in Foreign Corrupt Practices Act (“FCPA”) enforcement actions. As another example, in 2008, Siemens AG settled FCPA-claims related with both the DOJ and the U.S. Securities and Exchange Commission through an agreement to pay $800 million in fines. [19] The new policy encourages federal prosecutors to consider penalties imposed by other jurisdictions or agencies when engaging in corporate investigations or proceedings. [20] Under these new guidelines, therefore, federal prosecutors should consider fines imposed by other enforcement agencies, even outside of the country, when determining what penalty is equitable. Additionally, the Manual states that attorneys from all entities participating in the investigation should discuss the fines or penalties to be imposed on the same act of misconduct “with the goal of achieving an equitable result.” [21]

When making these determinations, the Manual directs attorneys to consider “the egregiousness of a company’s misconduct; statutory mandates regarding penalties, fines, and/or forfeitures; the risk of unwarranted delay in achieving a final resolution; and the adequacy and timeliness of a company’s disclosures and its cooperation with the Department.” [22] By including this provision in the Manual, the DOJ is signaling a willingness to consider all of the fines and penalties imposed by all entities engaging in enforcement action against a corporation when determining what penalty is fair and equitable. Corporations could potentially face lower fines and penalties overall and particularly from the DOJ as a result of this policy.

• Limiting the Yates Memorandum. Under the guidelines announced in the 2015 Yates Memorandum, prosecutors were directed to offer cooperation credit only to those corporations that provided all relevant information on “all individuals involved in or responsible for the misconduct.” [23] In practice, this was a heavy burden for both corporations and the DOJ, imposing high investigation costs and delaying the resolution of actions. [24] In November 2018, Deputy Attorney General Rosenstein announced changes to the policy which have been incorporated in the Manual. [25] Now, corporations are eligible for cooperation credit if they “identify all individuals substantially involved in or responsible for the misconduct at issue.” [26] By only requiring identification of individuals substantially involved in the misconduct, the Manual lowers the burden on corporations willing to cooperate with the DOJ.

The changes to the Manual also reflect the Trump Administration’s emphasis on combating crime, particularly violent drug crime. Most notably, the new Manual includes updates to the Principles of Federal Prosecution, which are designed to provide a “statement of prosecutorial policies and practices” that “promote the reasoned exercise of prosecutorial authority.” [27] The updates encourage prosecutors to place a greater emphasis on victims of crimes and reflect a directive from former Attorney General Sessions to “charge and pursue the most serious, readily provable offenses.” [28] Additionally, the Manual contains provisions confirming the DOJ’s longstanding practice of not negotiating the issuing and content of press releases to ensure the transparency of settlement agreements. The DOJ refuses to make confidentiality a term of any settlement because of the importance of providing transparency to the public. [29] The formalization of these policies reflects the Trump Administration’s intention to take a tougher stance on crime.

• Changes to the Principles of Federal Prosecution. The new Manual includes several provisions encouraging prosecutors to consider victims when considering charges, plea agreements, and nonprosecution agreements. [30] Prosecutors are instructed to consider “the economic, physical, and psychological impact of the offense . . . on any victims” when making these decisions. [31] Additionally, the Manual formalized former Attorney General Sessions’s directive to “charge and pursue the most serious, readily provable offenses.” [32] These updates indicate that the DOJ is willing to harshly pursue criminals to deter future crime and to ensure that the perspectives of victims are seriously considered.

• Limiting Payments to Third Parties. The new Manual formally adopts an earlier memorandum from former Attorney General Sessions, [34] limiting settlement payments to third parties unless the payment (1) is to a victim or otherwise remedies the harm, (2) is directed towards professional services rendered in connection with the proceedings, or (3) is authorized by statute. [35]

[2] Katya Jestin et al., What’s in a Name? That Which We Now Call the Justice Manual Has a Familiar, But Distinctive, Scent, PROGRAM ON CORP. COMPLIANCE & ENF’T AT N.Y.U. , https://wp.nyu.edu/compliance_enforcement/2018/10/17/whats-in-a-name-that-which-we-now-call-the-justice-manual-has-a-familiar-but-distinctive-scent/.

[4] Memorandum from the Attorney General of the United States on Charging and Sentencing Policy (May 10, 2017), https://www.justice.gov/opa/press-release/file/965896/download.

[6] Interestingly, the Manual updates did not incorporate the Brand Memorandum, which prohibits the DOJ from evading required rulemaking processes by using guidance memoranda to create de facto regulations. See Memorandum from the Associate Attorney General of the United States on Limiting Use of Agency Guidance Documents In Affirmative Civil Enforcement Cases (Jan. 25, 2018), https://www.justice.gov/file/1028756/download.

[8] Memorandum from the Director of the Commercial Litigation Branch, Fraud Section of the U.S. Department of Justice on Factors for Evaluating Dismissal Pursuant to 31 U.S.C. 3730(c)(2)(A) (Jan. 10, 2018), https://assets.documentcloud.org/documents/4358602/Memo-for-Evaluating-Dismissal-Pursuant-to-31-U-S.pdf. The Granston Memorandum is named after its author, Michael Granston.

[9] The Yates Memorandum was issued in September 2015 and addresses individual accountability for corporate wrongdoing. Under that guidance, prosecutors were directed to offer cooperation credit only to corporations who provide all relevant facts about all individuals involved in the misconduct. See Memorandum from the Deputy Attorney General of the United States on Individual Accountability for Corporate Wrongdoing (Sep. 9, 2015), https://www.justice.gov/archives/dag/file/769036/download.

[10] According to one analysis, data on corporate enforcement actions since the beginning of the Trump Administration reflects this changing enforcement priority. Comparing data from the final 20 months of the Obama Administration with data from the first 20 months of the Trump Administration shows that there has been a 72% drop in corporate penalties imposed by the DOJ. See Ben Protess, Robert Gebeloff & Danielle Ivory, Trump Administration Spares Corporate Wrongdoers Billions in Penalties, N.Y. TIMES (Nov. 3, 2018), https://www.nytimes.com/2018/11/03/us/trump-sec-doj-corporate-penalties.html?module=inline. Of course, all data must be considered with caution and changes in these levels may be attributable to any number of factors.

[18] Neil Bloomfield & Kristen Kenley, Moving From The Duplicative Fines Of The Financial Crisis, LAW360 (June 26, 2018), https://www.law360.com/articles/1056675/moving-from-the-duplicative-fines-of-the-financial-crisis. The Libor scandal involved an investigation into banks falsely inflating or deflating their interest rates in order to manipulate profits or creditworthiness.

[23] Memorandum from the Deputy Attorney General of the United States on Individual Accountability for Corporate Wrongdoing (Sep. 9, 2015), https://www.justice.gov/archives/dag/file/769036/download.

[34] Memorandum from the Attorney General on Prohibition on Settlement Payments to Third Parties (June 5, 2017), https://www.justice.gov/opa/press-release/file/971826/download. 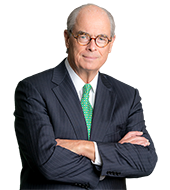 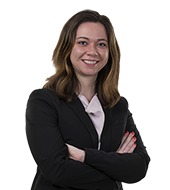