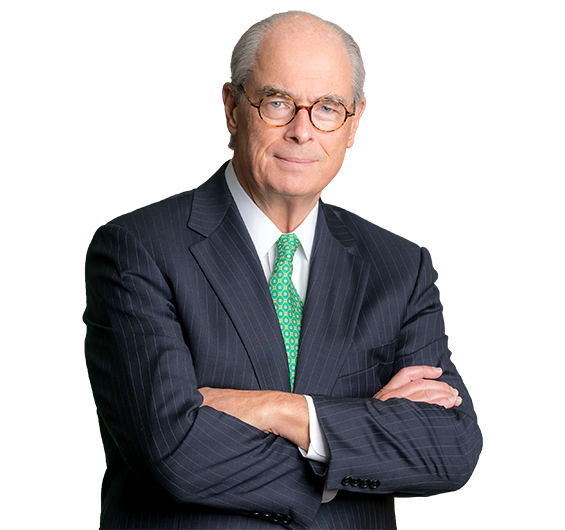 Michael McKay is a partner in the firm’s Seattle office. With his experience as a former United States Attorney, Michael focuses his practice on white collar criminal defense, commercial litigation, and internal investigations, both corporate and government.

As U.S. Attorney for the Western District of Washington in Seattle, Michael supervised many prominent lawsuits filed by and against the United States. He made the charging decision in the first flag burning case in America, an action granted direct review by the United States Supreme Court. He reorganized the office to more efficiently handle specific cases including fraud, environmental crime, and drugs, mainstays of that office today.

Michael has significant experience assisting clients facing legal problems with federal and local governments, including civil, criminal and administrative matters. He represents corporations and executives, as well as physicians and dentists, facing governmental investigations. In addition, he has represented a variety of clients in complex commercial litigation.

Private companies and municipal corporations have hired Michael to conduct internal investigations. On rare occasions, the investigation results are made public:

Michael was a founding member of a prominent boutique law firm in Seattle, where he served as its managing partner until he closed that office to join K&L Gates.

Michael began his career in the King County Prosecuting Attorney’s Office, where he served for five years and became a Senior Deputy Prosecuting Attorney, handling cases in the criminal, juvenile, fraud, and civil divisions. He represented the Kingdome in the first major litigation with the Seattle Mariners and was lead prosecutor in the investigation and prosecution of a juvenile prostitution ring. He also played a principal role in the implementation of the innovative Washington State Juvenile Justice Act.