Two Heads Are Better Than One: Double Hatting and Its Impact On Diversity In International Arbitration

In recent years there has been increasing focus on arbitrators also acting as counsel, a practice known commonly as ‘double hatting’ or ‘dual hatting.’ This can result, for example, in arbitrators appearing as counsel before tribunals composed of arbitrators with whom they had previously sat. This practice is now attracting increasing criticism on the basis that performing multiple and sometimes overlapping roles can affect an arbitrator’s ability to act impartially. Double-hatting can also have an economic impact, leaving awards vulnerable to annulment. This was demonstrated recently by the annulment of a €128 million arbitral award against Spain due to an arbitrator’s undisclosed instruction of the claimant’s expert in other cases in which the arbitrator acted as counsel.

Back in 2009, the Court of Arbitration for Sport (CAS) amended its regulations to prohibit double hatting. CAS justified its prohibition on the basis that it is reasonable to believe that arbitrators might favour lawyers they were likely to appear before in other cases. It was the first institution to introduce such a ban, prompting Phillipe Sands QC, an eminent barrister in Investor-State arbitrations, to propose that a similar ban be adopted in respect of Investor-State dispute settlement (ISDS).

There have been further moves in this direction more recently. The European Commission is advocating the creation of a multilateral investment court to handle ISDS, which would make use of arbitrators in “full-time, long-term and non-renewable positions, without outside activities”. Earlier this year, the ICSID and UNCITRAL Secretariats released a draft Code of Conduct for Adjudicators in ISDS which proposes some form of restriction on the practice of double hatting.  Article 6 of the draft Code of Conduct proposes that:

“Adjudicators shall [refrain from acting]/[disclose that they act] as counsel, expert witness, judge, agent or in any other relevant role at the same time as they are [within X years of] acting on matters that involve the same parties, [the same facts] [and/or] [the same treaty].”

Unlike the approach taken by CAS and proposed by the European Commission, the draft Code of Conduct does not propose an absolute prohibition on double hatting. It proposes that arbitrators either refrain from acting, or at least disclose that they act, in a significant capacity on matters involving the same parties (with the possibility of expanding this to cover matters involving the same facts and/or treaty).

The draft Code of Conduct suggests in its accompanying commentary that “an outright ban may exclude a greater number of persons than necessary to avoid conflicts of interest and would interfere with the freedom of choice of adjudicators and counsel by States and investors.” There are differing views as to whether an obligation to disclose overlapping roles is sufficient, or whether some form of prohibition is required if the problem is really to be tackled. Some commentators consider that a restriction on double hatting should, at the very least, preclude individuals from acting as arbitrators, counsel and experts in matters that involve the same treaty at the same time.

It is also important to consider the impact of the practice of double-hatting on diversity. Individuals from backgrounds that are historically overrepresented in ISDS (typically, white male lawyers from Western Europe and North America) benefit disproportionately from the ability to assume multiple roles at once, and a restriction on double hatting may diminish the ease with which a small and homogenous group of individuals can dominate the arena.

Of course, restricting double hatting will not automatically result in balanced representation. Even if parties are required to search more broadly for eligible candidates, we are increasingly aware that, due to factors such as ‘imposter syndrome,’ men are more likely to put themselves forward for consideration. We also know that people are more likely to have confidence in people who look and sound like them, and this points to a need to encourage diversity in the composition of the people selecting arbitrators and senior counsel.

Whilst addressing double hatting is considered important in opening up arbitral appointments to a more diverse group of candidates, there is also some concern that an outright ban on double hatting could operate as a significant barrier to new entrants. ArbitralWomen board member Vanina Sucharitkul raised concerns that a blanket ban on double hatting “would be tantamount to reversing any progress made on gender diversity by the international arbitration community, including ICSID and UNCITRAL, over the past years.” For example, an outright ban may affect new entrants (one of the key points at which diversity can be increased) who are not financially able to abandon all their counsel work upon receiving their first nomination as an arbitrator. A potential solution to this concern which has been advocated is to exempt new entrants from the restriction for a limited time, allowing them a period of 2-5 years from their first appointment as arbitrator to reduce and ultimately conclude their counsel work.

Ultimately, clients of law firms have the power to encourage diversity and inclusion in international arbitration. An end to all white, male lists of suggestions for arbitrators should be pushed by clients as the new norm.  Diversity of decision makers is not just for show, but has been shown to lead to better decision making. In this context, the discussions over the impact on diversity of double hatting, coupled with other initiatives aimed at tackling diversity in arbitration such as the Equal Representation in Arbitration Pledge, are to be applauded.

It is incumbent on all of us to consider what we can do to address structural inequalities that pervade the rooms in which we work. If decision makers in the field of ISDS, and arbitration more generally, consciously commit to putting diversity and inclusion at the forefront of their decision-making process, some form of restriction on double hatting could help to shake up the composition of the pool of individuals acting at the top level of dispute resolution. 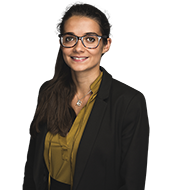