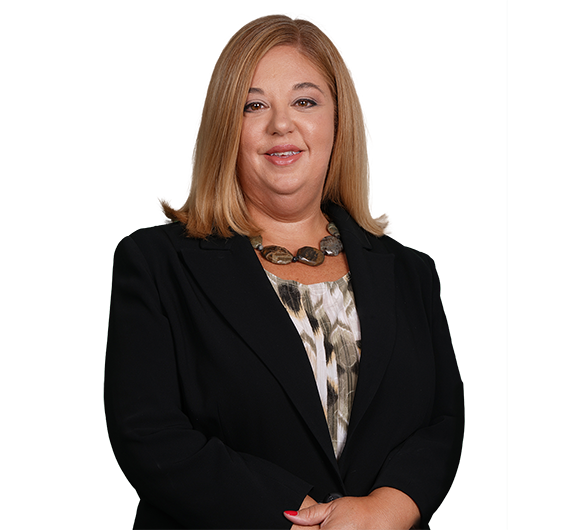 April Boyer focuses her practice on employment law and complex commercial litigation where she serves as lead trial counsel for companies involved in disputes in state and federal courts, in arbitrations, and before administrative agencies. She handles all aspects of litigation including preliminary and permanent injunction hearings, evidentiary hearings, bench trials, arbitrations and jury trials. As described in more detail in the Achievements section, April has been recognized by her peers for her accomplishments, including being listed in Best Lawyers in America in the areas of Labor Law-Management and Employment Litigation. She also is an AV-rated lawyer — the highest available rating given by Martindale Hubbell for legal ability and professional ethics.

In the area of complex commercial litigation, April helps companies resolve their business disputes with competitors, customers, vendors, and others with whom they conduct business.  Much of her experience relates to disputes between competitors, including misappropriation of trade secret claims, breaches of nonsolicitation and nondisclosure provisions contained in business contracts (such as letters of intent, purchase agreements, and joint venture agreements), and tortious interference with contracts and business relationships. She also prosecutes and defends other business dispute claims including breach of contract claims, violations of Florida’s Deceptive and Unfair Trade Practices Act, consumer fraud, slander/defamation, and other civil disputes.

In the area of employment law, she defends employers faced with employment law disputes such as wage and hour claims, discrimination, harassment and/or retaliation lawsuits, whistleblower actions, and ERISA fiduciary duty claims. April also has significant experience litigating misappropriation of trade secrets claims and breaches of restrictive covenants (e.g., noncompete, nonsolicit, and nondisclosure agreements). As lead counsel, April has handled a myriad of restrictive covenant/trade secret injunction proceedings. While most of these cases resolve at the injunction phase, April served as lead counsel for the plaintiff/competitor in a jury trial where the plaintiff was awarded compensatory and punitive damages for breach of its restrictive covenants and tortious interference by competitor with those contracts.

In addition to resolving employment disputes when they occur, April counsels her clients on employment issues before they become disputes. In the area of restrictive covenants and trade secrets, April drafts and interprets the enforceability of contracts containing these provisions. April trains and counsels employers on making day-to-day employment decisions to ensure compliance with applicable employment laws and regulations. She also assists employers in conducting internal audits to ensure legal compliance, represents employers when being audited by state and federal regulatory agencies, and advises companies and their Officers and Directors in company investigations (including ethics concerns and harassment/discrimination claims) and in corporate governance disputes. April also drafts and prepares handbooks and related policies for employers, conducts trainings on those policies,  and counsels and trains company personnel on ethics and code of conduct compliance, diversity training, and the Foreign Corrupt Practices Act.

Prior to joining K&L Gates, April was in private practice in Pittsburgh, Pennsylvania from 1996 to 2001, with a practice in the areas of employment law, complex commercial litigation, civil rights discrimination, and white-collar criminal law. In 2001, April relocated to Miami, Florida and joined K&L Gates.