On June 21, 2018, the Employee Benefits Security Administration, Department of Labor (“DOL”) issued a final rule that establishes additional criteria under Title I of the Employee Retirement Income Security Act (“ERISA”) for determining when employers may join together in a group or association of employers that will be treated as the “employer” sponsor of a single multiple-employer “employee welfare benefit plan” and “group health plan” as defined in ERISA. The Final Rule establishes a more flexible “commonality of interest” test for the employer members than the DOL had adopted in subregulatory interpretive rulings under ERISA. [1] Therefore, the new rule provides an alternative that avoids existing barriers that significantly limit the possibility that employer associations could establish and maintain multiple employer-sponsored employee welfare benefit plans and group health plans.

Advancing the Trump Administration’s Aim to Increase Health Care Choice
The Final Rule is part of the Trump administration’s regulatory initiative to expand affordable health care coverage options exempt from some of the Affordable Care Act (“ACA”) requirements in the aftermath of congressional Republicans’ unsuccessful legislative efforts to repeal and replace the ACA during the first session of the 115th Congress. More specifically, the Final Rule was issued pursuant to President Trump’s Executive Order 13813, Promoting Healthcare Choice and Competition across the United States, issued on October 12, 2017 (the “Order”). The Order established the policy, to the extent consistent with law, to facilitate the purchase of insurance across state lines and to increase the choice of health care options at affordable prices. In the Order, the White House prioritized three areas for improvement in the near term, including: association health plans (“AHPs”); shorter-term, limited-duration insurance; and health reimbursement arrangements. [2] The DOL issued the AHP proposed rule on January 5, 2018. [3] Also, the Department of the Treasury, the DOL, and the Department Health and Human Services issued a final rule to expand the definition of short-term, limited-duration insurance on August 1, 2018.

The DOL estimates that a substantial number of uninsured people will enroll in AHPs because the DOL expects the coverage will be more affordable than what would otherwise be available to them, and other people who currently have coverage will replace that coverage with AHP coverage because the AHP coverage will be more affordable or better meet their needs. The DOL also notes the U.S. Congressional Budget Office predicted that 400,000 people who would have been uninsured will enroll in AHPs and 3.6 million people will enroll in AHPs who would have had other coverage, resulting in 4 million additional people enrolling in AHPs. [4] Critics assert that AHPs may result in individuals receiving inadequate coverage and could further destabilize ACA exchanges.

Under current federal law and regulations, health insurance coverage offered or provided through an employer trade association, chamber of commerce, or similar organization to individuals and small employers is generally regulated under the same federal standards that apply to insurance coverage sold by health insurance issuers directly to these individuals and employers unless the coverage sponsored by the association constitutes a single ERISA-covered plan. [6] Under current subregulatory guidance, the DOL treats few associations as employers or as acting in the interests of employers. Thus, the association would not be treated as the sponsor of an ERISA-covered plan. Instead, each employer participating in the association-sponsored plan is deemed to be offering its own distinct plan. As a result, it is possible that different association members will have coverage that is subject to the individual market, small group market, and/or large group market rules, as determined by each member’s circumstances.

Why is this important? Individual and small group health plans are subject to a number of requirements that large group plans are not, most notably, the requirement to cover essential health benefits as defined under section 1302 of the ACA. Further, treating each employer participating in an AHP as sponsoring its own separate plan undermines the ability of small employers to obtain better terms for health coverage by giving the plan bargaining power in the insurance market and spreading risks and administrative cost across a larger group of lives covered by one plan.

The DOL has traditionally regulated AHPs by evaluating whether the AHP is an employment-based arrangement and, therefore, not a commercial insurance plan. DOL advisory opinions and court decisions have applied a facts-and-circumstances approach to determining whether a group or association of employers is sponsoring an ERISA plan on behalf of the putative sponsors. This analysis has focused on three broad sets of issues, in particular:

The Final Rule broadens the definition of an “employer” by creating alternative conditions under which a bona fide group or association of employers can sponsor an ERISA-qualified multiple-employer group health plan or employee welfare benefit plan, thereby increasing the number of small businesses potentially eligible to participate in such plans. In particular, the Final Rule, which applies only for certain purposes under Title I of ERISA, permits a group or association of employers to establish a multiple-employer plan as defined by ERISA if the employers meet a number of requirements, including a commonality-of-interest test using either a geographic test or a line-of-business test, as follows:

The Final Rule also provides that bona fide groups or associations sponsoring AHPs must have at least one substantial business purpose [10] unrelated to the provision of benefits. [11] Further, the Final Rule provides that “working owners,” e.g., sole proprietors of businesses without employees, can qualify as both an employer and an employee of a trade or business, provided the working owner meets either a minimum-hours-worked standard or a minimum-wages-from-self-employment threshold. [12]

The Final Rule also includes nondiscrimination provisions (with 10 examples), including prohibiting such AHPs from discriminating against people with pre-existing conditions and prohibiting discrimination in premiums or contributions based on a health factor of one or more individuals. [13] Also, employer members of a group or association will not be treated as having a commonality of interest if the common interest or geography standards are implemented in a manner that is subterfuge for discrimination as prohibited in the Final Rule. [14]

Of note, the DOL clarifies in the commentary and regulatory text of the Final Rule that existing AHPs may continue to rely upon the DOL’s previous guidance and that the Final Rule provides an additional mechanism for groups or associations to meet the definition of an “employer” and sponsor a single ERISA-covered group health plan and not a sole mechanism. [15]

The DOL received over 900 comments in response to the Proposed Rule. [16] As a result, the Final Rule differs from the Proposed Rule in several areas, including, but not limited to, the following:

Next Chapter
The ultimate impact of the Final Rule has yet to be determined as state attorneys general and some state legislatures have expressed their intent to limit the scope of the Final Rule. At the legislative level, the State of California is considering legislation that would impose stronger benefit coverage requirements for AHPs. The State of Vermont is taking action to limit AHP coverage to three months, which would essentially nullify any benefit from the rule in that state.

On July 26, 2018, 11 states [20] and the District of Columbia sued the DOL and its secretary, R. Alexander Acosta, in the U.S. District Court for the District of Columbia. The lawsuit contends that, among other things, the Final Rule is unlawful because it conflicts with clear statutory authority in the ACA to apply fundamental protections to the individual and group markets; it conflicts with the ACA, ERISA, and established case law by enabling working owners to be both an employer and employee; and it unlawfully expands ERISA to allow employers in a metropolitan area or a state to group into a profit-making commercial insurance enterprise. Further, the complaint states that the Final Rule exceeds the DOL’s authority, since the Final Rule was not designed to implement ERISA but rather to circumvent the ACA. [21]

State insurance regulators are also warning insurers about the limitations of the Final Rule and that state laws are not preempted. On July 27, the New York Department of Financial Services (“DFS”), which enforces insurance regulations in the state, sent an insurance circular letter noting that the Final Rule has no impact on, and does not preempt in any way, state regulation of multiple employer welfare arrangements. The letter states that regardless of the Final Rule, for a group or association of employers to sponsor a group health plan in New York, the group or association must meet specific requirements to be recognized as a group under New York insurance law, which includes, among other requirements, that an association be active for at least two years and be formed principally for purposes other than obtaining insurance for its members. Notably, DFS states that it will continue to enforce state insurance requirements vigorously and is prepared to undertake all additional enforcement actions necessary to protect New Yorkers from the Final Rule. 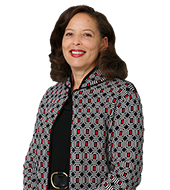 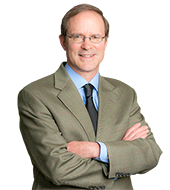 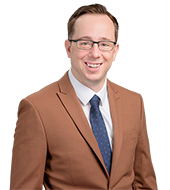