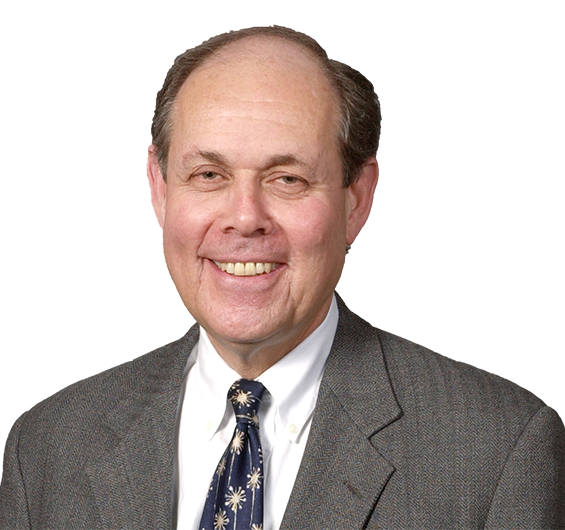 Howard Levine's practice includes representation of commercial and not for profit real estate developers, retailers, and educational institutions.  His work is focused in Land Use Planning, Zoning, Municipal Law, and the acquisition and sale of real estate.  Howard has extensive experience with local and state relationships and numerous governmental affairs matters such as special legislation initiatives and participation on tasks forces reviewing legislative reforms.

Howard served as an attorney in the City of Newton Law Department from 1970 through 1978. He was the Assistant City Solicitor (1970 to 1973), and the City Solicitor, responsible for all legal matters for all City Departments, Agencies and Officials, from 1973 to 1978. While City Solicitor, Howard was an active member and regional officer of the National Institute of Municipal Law Officers (NIMLO), Chairman of various of its Committees, and a contributor and participant in its national seminars and publications.

From 1966 to 1968, Howard served as an officer in the United States Army. He served in the Republic of South Vietnam from August, 1967 through August, 1968 for which he was awarded the Bronze Star Medal.

In 2002, Howard resigned as a K&L Gates Partner and he became Of Counsel so that he could accept an appointment as an Adjunct Professor of Law at Boston College School of Law. Howard continues to teach Real Estate Development and Finance and Local Government Law at the Law School. He also supervises Independent Study Programs in Real Estate Development and Finance, and in Municipal and Local Government Law.

Howard is one of the four founders and original Directors of the New England Shelter for Homeless Veterans (The Vietnam Veterans Workshop, Inc.), a non-profit charitable corporation.  Located in a nine-story building at 17 Court Street in Boston, the former V.A. Outpatient Clinic, the Shelter houses 150 homeless veterans each evening and counsels, feeds and helps to rehabilitate up to 500 veterans each day.  The Shelter is recognized as a national model and was awarded President Bush's 142nd Point of Light.  Howard served as Director of the Newton Community Service Center, is a Trustee and vice-chairman of the Newton Cemetery Corporation, an overseer of the Newton-Wellesley Hospital, a past-chairman of the Community Advisory Board of PBS’s WGBH, a member of the Board of the Newton Historical Society, and an overseer of PBS’s WGBH.