A special thanks goes to Helene Gerhardt, PSL in the firm’s Berlin office, who contributed greatly to this article.

The German legislator just paved the way for the introduction of new merger control filing thresholds. Based on a recently adopted amending law to the German Act against Restraints of Competition, Germany’s merger control notification regime went through a remarkable shift – adding a so-called value of transaction test while thus far only the turnover of the parties was considered. The revised legal situation especially affects the acquisition of start-ups and other young, innovative targets in digital markets.

Whereas under current German law, a filing duty for proposed concentrations is only triggered if the turnover of the concerned undertakings in the last financial year meets a combined worldwide (more than EUR 500 million) and two individual domestic thresholds (more than EUR 25 and 5 million respectively), the revised version of the Act against Restraints of Competition provides for an additional threshold based on the value of transaction: The current turnover test remains in place – but in cases where the required second threshold for domestic turnover of more than EUR 5 million is not met, a merger will still have to be notified to the German Federal Cartel Office (“FCO”) if the “value of the consideration” received from the acquirer exceeds EUR 400 million and the target is “substantially active” in Germany. The newly introduced filing threshold is thus structured similar to the size-of-transaction test under U.S. merger control law, where the current threshold is USD 80.8 million. The German approach may, however, differ from the U.S. test in terms of the calculation of the relevant “value of consideration” in taking into account all assets, liabilities and other non-cash benefits, whereas the U.S. size-of-transaction test is focused on the acquisition price (if determined) or “fair market value” (if not) – and in neither case are assumed debt included in the valuation for acquisitions of entities.

The new merger control threshold is supposed to extend the FCO’s jurisdiction and therefore close a perceived enforcement gap for the review of transactions where the acquired undertaking does not (yet) generate notable turnover in Germany but nevertheless has significant competitive capacity, which is reflected in the high purchase price. This especially concerns the acquisition of start-ups and other young, innovative target companies in the digital economy. This part of the reform is therefore often seen as a reaction to Facebook’s 2014 acquisition of WhatsApp for approximately USD 19 billion which was not subject to review by the FCO due to the small/non-existing turnover of WhatsApp in Germany at the time.

Acknowledging the uncertainties to be expected about the interpretation of the new criteria the FCO indicated that it will offer a case by case guidance to parties concerned. Uncertainties may, on the one hand, arise as the “value of considerations”, i.e. the considered price to be paid in exchange for the target including all assets and other non-cash benefits, often remains unknown until the very end of the transaction proceedings. On the other hand, the revised law does not provide for a definition of the criterion “substantially active on the home market”. The FCO is, however, currently in the process of preparing and aligning guidelines on these new thresholds in cooperation with the Austrian competition authority.

The German government’s draft for the relevant Amendment to the Act against Restraints of Competition cleared the last parliamentary hurdle by being adopted by the German Bundesrat (Federal Council of Germany or the upper house of the German parliament) on March 31, 2017. The amending law is now ready to be signed and will enter into force right after its promulgation in the next couple of weeks. 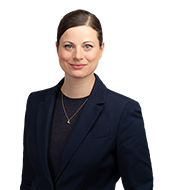