In a case of first impression, a Pennsylvania court recently ruled in favor of 12 independent community hospitals (the “Hospitals”) that sued health insurer Highmark Inc. (“Highmark”) for passing on its 2 percent Medicare payment cut under federal sequestration laws in violation of the terms and provisions of the contracts between the parties.

In the fall of 2014, Hospital Council of Western Pennsylvania engaged K&L Gates LLP to perform a review of certain of its member hospitals’ Medicare Advantage agreements with Highmark (the “Provider Agreements”) to determine whether Highmark had any contractual basis to apply the sequestration reduction to those hospitals’ reimbursement payments.  No such basis was identified, and the Hospitals subsequently brought a breach of contract action against Highmark in the Allegheny County Court of Common Pleas in October 2014.  Seeking early resolution of the dispute, the Hospitals filed a motion for summary judgment prior to any discovery taking place, in which they argued that their respective reimbursement rates were set by contract and that, as a matter of law, Highmark had no authority to reduce those rates by applying the sequestration reduction.  After hearing oral argument, Judge R. Stanton Wettick issued an opinion on May 6, 2014, granting the Hospitals’ motion.

Background
As part of the federal Medicare program, Highmark entered into a contract with the Center for Medicare & Medicaid Services (CMS) for the administration of health care services to Medicare beneficiaries on a managed care basis.  In turn, Highmark entered into contracts referred to as “provider agreements” with various health care providers, including the Hospitals, to provide these services to Medicare beneficiaries.

In 2011 and 2012, Congress passed laws that required a reduction in federal government spending under Title I of the Budget Control Act of 2011 and Title IX of the American Taxpayer Relief Act, collectively known as the Sequestration Law.  As a result of the Sequestration Law and a March 1, 2013 Presidential Order, CMS reduced its payments to private insurers, including Highmark, for the administration of the Medicare program by 2 percent.  Even though the insurers’ payments from CMS were reduced by 2 percent, a CMS memorandum specified that the Social Security Act prohibits CMS from interfering with the payment arrangements between an insurer and a health care provider - e.g., the Provider Agreements between Highmark and the Hospitals—and clarified that CMS had not made reductions to the rates to be paid for services by Medicare.

Notwithstanding the CMS guidance on this issue, Highmark began applying the 2 percent sequestration reduction to its payments to the Hospitals beginning on January 1, 2014.

1.1 Payment under this Agreement will be derived from the amounts reimbursed to Health Plan by the Health Care Financing Administration (HCFA) [now known as CMS].  The rates established herein are effective for the Contract Year beginning January 1, 1999.  These rates shall be recalculated annually, based on the payment received by Health Plan from HCFA, and on the federal regulations in effect for each year which govern how Health Plan is paid by HCFA.  New payment rates will be determined and presented to Provider by June 1 of the current Contract Year to be effective on January 1 of the next Contract Year.

(Emphasis added).  Based on this language and in particular the language bolded above, Highmark argued that it could reduce its payments to the Hospitals by 2 percent because the payments it received from CMS had been reduced by that amount.

Highmark’s argument, however, failed to take into account the fact that it and the Hospitals subsequently had entered into various amendments to the original Provider Agreements, including primarily to Exhibit I.  Importantly, none of the Exhibit I amendments maintained the Exhibit I language upon which Highmark relied.

Although the amendments to the Provider Agreements vary slightly by year, each Hospital’s amendments contain one of the following two provisions in either a 2001, 2002, or 2004 amendment:

The parties hereto agree that Exhibit I attached to this Amendment is hereby made a part of the Medicare Acute Care Provider Agreement in full substitute of the present Exhibit I thereto.

The parties further agree that the current Exhibit I to the Agreement, as amended, is hereby superseded and replaced in its entirety for the [date range].

The Court’s Decision in Favor of the Hospital
On May 6, 2015, the court held that Highmark had breached the Provider Agreements based on the express language therein.  Noting that the Agreements had been amended on multiple occasions, the court found that, “[o]nce the term of an agreement has ended, parties talk about the future—they step forwards and not backwards.”  Because Highmark was unable to point to any provision of the current versions of the Provider Agreements that would permit it to unilaterally impose the 2 percent sequestration reduction upon the Hospitals, the Court granted the Hospitals’ motion for summary judgment.

The ability of Medicare insurers to pass along sequestration cuts to its providers has generated a significant amount of interest nationwide, in part due to confusion over the meaning and applicability of the CMS guidance with respect to whether and how sequestration could affect certain payment terms in provider agreements.  The court’s opinion here represents an important victory for independent community hospitals seeking to hold insurers responsible for the terms and conditions, including reimbursement methodologies, agreed to by the parties in their contracts.

The Hospitals were represented by Melissa Tea, Michael Lynch and Ruth Granfors of K&L Gates LLP.

Notes:
[1] Meyersdale Medical Center did not enter into a provider agreement with Highmark until 2007.  Highmark argued that the language of the 2007 Meyersdale agreement allowed it unilateral discretion to reduce its payments.  The Hospitals argued that such an interpretation—which would give Highmark unfettered discretion to decrease Meyersdale’s reimbursement rates—was unreasonable as a matter of law.  The court’s opinion did not offer a separate holding with respect to the Meyersdale provider agreement, and, therefore, the discussion in Section C applies. 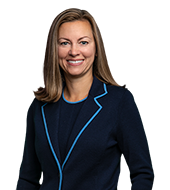 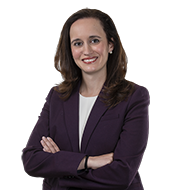