These decisions represent an important example of enforcement activity in this sphere in the EU. In other recent cases suppliers have been investigated and fined for online sales bans, marketplace bans, geo-blocking, discrimination on the basis of the customer’s location and other sales restrictions.

Background
In May 2015, the Commission launched a sector inquiry into the E-commerce of consumer goods and digital content. One of its key findings, as summarised in the Final Report on the E-commerce Sector Inquiry dated 10 May 2017 (“Final Report”), was that the growth of E-commerce over the last decade has significantly impacted companies’ distribution strategies and behaviour. More specifically, the Commission found that (i) price transparency has increased, (ii) price comparison tools are increasingly affecting price competition, (iii) companies are now able to monitor prices more easily, and (iv) alternative online distribution models have changed the way that many companies can access customers.

The Commission concluded that these market trends have affected the way in which manufacturers shape their distribution and pricing strategies, in particular with a view to achieving greater control over distribution networks, price levels and product quality. The Final Report expressed the Commission’s concerns that this has in turn led to an increased reliance on vertical restraints in supply and distribution agreements, such as pricing restrictions, marketplace bans, restrictions on the use of price comparison tools and online sales bans.

As a result of the Sector Inquiry, the Commission launched three separate investigations to assess if certain online sales practices prevented consumers from enjoying cross-border choice and being able to buy (i) consumer electronics, (ii) video games and (iii) hotel accommodation at competitive prices. Combined with the 2-year long Sector Inquiry, this sent a clear message that the Commission is ready to actively enforce EU competition rules by cracking down on unjustified vertical restraints.

The four infringement decisions
The Commission found that the consumer electronics manufacturers breached EU competition law by imposing fixed or minimum resale prices and otherwise restricting the ability of their online retailers to set their own retail prices for these widely-used products. In particular, the Commission’s investigation showed that each of the four manufacturers individually targeted online retailers that offered the lowest prices for their products. If those retailers did not follow the prices requested by the manufacturers, they faced threats or sanctions such as blocking of supplies.

Importantly, the Commission also found that the impact of these practices on prices was much broader and not limited to the retailers in question. By targeting certain low price retailers, the four manufacturers were able to influence prices charged by a much wider group of retailers. This was possible because many online retailers use pricing algorithms and price comparison websites to continuously monitor prices charged by their competitors so that they may then adjust their own prices accordingly. As such, in circumstances where one retailer offers lower prices than others, this would prompt other competitors to lower their prices. Conversely, if that retailer puts its prices back up, its competitors would tend to follow. Moreover, the manufacturers also used sophisticated monitoring tools to effectively track resale price setting in the distribution network, allowing them to intervene with individual retailers where the prices decreased.

The four infringement decisions are the first to be issued as a result of the Commission’s recent enforcement efforts into vertical restraints, with the video games and hotel accommodation investigations still ongoing. Moreover, this is the first time since the Commission’s 2003 musical instruments case that the EU regulator has imposed penalties for resale price maintenance. However, in the 2003 case the fines levied amounted to EUR 2.56 million - well below the EUR 63.5 million, EUR 7.7 million, EUR 29.8 million and EUR 10.2 million imposed on the electronics manufacturers last month (these fines were in any event significantly reduced due to the companies’ cooperation).

European Union
Any agreement that fixes or sets minimum price levels for resellers is treated under EU competition as a so-called “hardcore” restriction of competition. Where a hardcore restriction is included in an agreement, the agreement is presumed to be anti-competitive and thus will fall within the scope of the EU prohibition against anti-competitive agreements contained in Article 101(1) of the Treaty on the Functioning of the EU (“TFEU”). It is also presumed that the agreement is unlikely to fulfil the efficiency criteria for exemption under Article 101(3) TFEU.

Australia
A similar position to that in the EU applies in Australia. Specifically, Section 48 of the Competition and Consumer Act 2010 (“CCA”) makes resale price maintenance a per se breach and section 96 deems particular forms of conduct to be resale price maintenance.
Guidance from the Australian Competition and Consumer Commission (“ACCC”) warns suppliers that it is illegal to (i) put pressure on businesses to charge their recommended retail price or any other set price, for example by threatening to stop supplying to the reseller, and (ii) stop resellers from advertising, displaying or selling goods from the supplier below a specified price.

United States
In contrast to the per se approach adopted by EU and Australian law, under US federal law, albeit not under the law of certain states (see our previous alert, No Rule of Reason Here: State AG Reminds Manufacturers That Minimum Retail Price Agreements Are Illegal Per Se in Maryland with Latest Suit), resale price restrictions in vertical agreements are assessed under the Leegin rule of reason, which requires a balancing exercise between the pro-competitive benefits of an agreement and its anti-competitive consequences.

The recent development in US antitrust law of adopting the rule of reason treatment to assess all vertical price restraints is rooted in the recognition of the pro-competitive justifications that may be present in such agreements. In particular, US courts have understood the importance that some forms of resale price maintenance may have on the promotion of inter-brand competition, for example to tackle the issue of free riding. The US Department of Justice has itself concluded that inefficiencies associated with free riding by retailers can be addressed by minimum resale price maintenance which can encourage retailer performance.

China
Finally, a hybrid system, which reflects the divided approaches to resale price maintenance of the EU and US enforcers, is adopted in China. Although resale price maintenance is prohibited under Article 14 of the 2007 Anti-Monopoly Law (“AML”), courts in China have established a more moderate rule of reason-like approach for resale price maintenance cases brought by private plaintiffs (see our previous alert, Resale Price Maintenance in China: One Country, Two Systems). This divergence in approaches adopted by the Chinese antitrust regulator (endorsing the EU per se rule) and the judiciary (favouring the US rule of reason) certainly makes it more difficult for product manufacturers in China to assess and understand their antitrust exposure. What is clear is that the higher the manufacturer’s market share, the greater the risk of a finding that a resale price restriction runs contrary to the AML.

Vertical restrictions - examples of recent enforcement
The Commission is not the only antitrust regulator to have targeted enforcement of competition law at vertical agreements.
In August 2017, the UK’s Competition and Markets Authority (“CMA”) issued an infringement decision to a leading golf club manufacturer for operating an online sales ban which in the CMA’s view was not objectively justified (the case is currently under appeal).

In Germany, the Bundeskartellamt recently imposed fines on two companies in the clothing industry for setting minimum resale prices and prohibiting retailers from reducing prices and selling goods online. The German authority has more generally been very proactive in the enforcement of vertical competition rules in recent years and continues to adopt a strict position in respect of certain online restrictions.

Earlier this year, the French Authorité de la concurrence carried out dawn raids at the premises of companies suspected of having engaged in anti-competitive practices in the distribution of cosmetics in France and Belgium.
In China, which has only been enforcing its anti-monopoly laws for just over a decade, the National Development and Reform Commission (“NDRC”) has already issued prohibition decisions in around 18 resale price maintenance cases. Resale price maintenance has even become somewhat of a focus for the NDRC’s enforcement activities, representing approximately 40% of all anti-monopoly cases investigated by the authority since 2013.

On the other hand, despite the prescriptive Australian law, litigation by the ACCC is relatively rare with the last significant case being decided in 2013. Until November 2017, regulatory relief was available only through a lengthy "authorisation" process that required a positive ruling from the ACCC. A simpler "notification" process is now also available (see our previous alert, Supplying Products & Managing Margin Down Under). Notification puts the onus on the ACCC to disallow the notified conduct. To date there has been only one notification, which was effectively the renewal of a previous authorisation.

Whilst unjustified restrictions in vertical agreements are being actively investigated by antitrust regulators around the world, it is at the same time becoming increasingly clear that price is not the only and most important parameter of competition, and that elements such as quality can play an equally if not more important role. At the end of last year, for example, the EU’s highest court in Luxembourg confirmed that manufacturers operating a selective distribution system may be able to prevent their authorised resellers from selling on third party platforms (see our previous alert, EU Judgment On Banning Sales Via Online Marketplaces - What Does It Mean For Non-Luxury Brands?). In arriving at its judgment, the Court of Justice of the EU recognised that preserving the quality of products or ensuring their proper use may constitute a legitimate objective that is capable of justifying certain restrictions included in vertical agreements.

Important and useful guidance has also been set out in the Final Report and the accompanying Staff Working Document, which explain that many strategies adopted by manufacturers can create important efficiencies justifying behaviour that could otherwise be perceived as restrictive.

Manufacturers and suppliers therefore remain equipped, with useful legal tools at their disposal, to effectively control the sale of their products without breaching competition laws. For example, a properly designed selective distribution system can help manufacturers to prevent brand erosion, limit interference with product lifecycles and indeed enhance a brand by ensuring a high-quality consumer experience.

Our Global Antitrust, Competition and Trade Regulation team has extensive experience advising suppliers of branded products on optimising, implementing and enforcing their international distribution models, including developing legally compliant selective distribution and online marketplace strategies that maximise our clients’ commercial objectives. We would be happy to discuss your company’s goals and tailor appropriate distribution solutions to meet them. 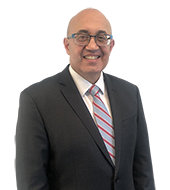